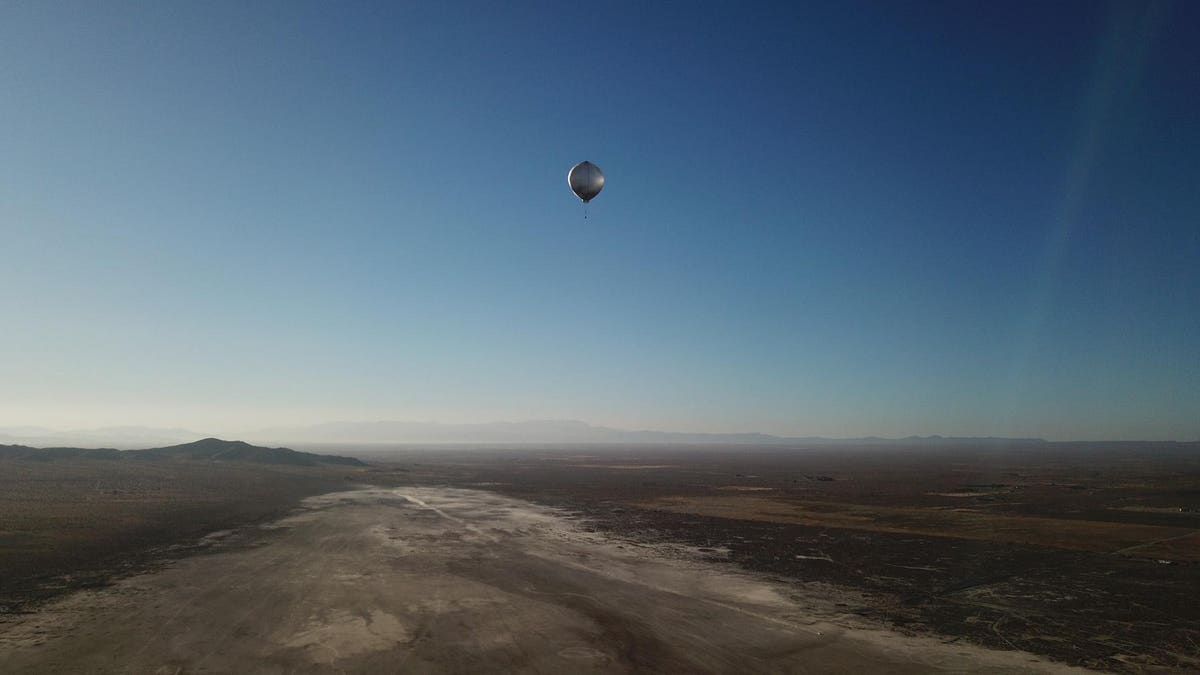 To date, Venus’ interior remains as heavily cloaked in mystery as its thick atmosphere. Researchers are still flummoxed as to the size of its core, the mechanics of its mantle and its present surface volcanics. But that could all change as a result of some clever balloon-borne research.

Since 2016, NASA’s Jet Propulsion Laboratory (JPL) and Caltech have been researching balloon-borne technology that could help seismically probe our sister planet’s subsurface from high in its atmosphere. Anything to avoid the planet’s incredible surface pressures and temperatures which have always been mission killers.

Balloon seismometers would be incredibly valuable for either detecting or constraining the current activity of the Venusian interior, Stephen Kane, a planetary geophysicist and astrobiologist at the University of California, Riverside and a co-investigator on NASA’s forthcoming DAVINCI+ mission, told me.

A new paper just published this week in the journal Geophysical Research Letters details how a team successfully demonstrated that balloon-borne seismometers do work here on Earth and may be used to detect seismic activity from high in Venus’ atmosphere.

The authors note that it was able to use aftershocks following the 2019 Ridgecrest Earthquake sequence to detect seismic infrasound using two “helioptrope” balloons. These are balloons which rise to altitudes of about 11 to 15 miles when heated by the Sun and return to the ground at dusk. As the balloons drifted, barometers they carried measured changes in air pressure over the region while the faint acoustic vibrations of the aftershocks traveled through the air, the authors note.

Then on July 22, 2019, the team had a lucky break, NASA reports. Ground-based seismometers registered an aftershock which one balloon was able to detect as a low-frequency acoustic vibration – a type of sound wave below the threshold of human hearing called infrasound – wash over it as it was ascending to an altitude of nearly 3 miles, says NASA.  After much analysis, the team was able to confirm that they had, for the first time, detected a naturally occurring earthquake from a balloon-borne instrument.

“The acoustic coupling of quakes into the atmosphere is calculated to be 60 times stronger on Venus than on Earth, meaning it should be easier to detect venusquakes from the cool layers of Venus’ atmosphere between 31 to 37 miles in altitude,” JPL technologist Siddharth Krishnamoorthy said in a statement. “We should be able to detect venusquakes, volcanic processes, and outgassing events while characterizing the levels of activity.”

If this could be achieved at Venus, scientists will have found a way to study the planet’s enigmatic interior without having to land any hardware on its extreme surface, says NASA.

It wouldn’t be the first time that balloons have plyed through Venus’ thick atmosphere. Two Soviet Vega mission balloons deployed there in 1985 by a Soviet-led cooperative transmitted data for over 48 hours, the authors note.

But it’s likely that they actually floated in the atmosphere for longer, Krishnamoorthy, the paper’s second author, told me. The hope is that if NASA sends helium balloons to Venus they would be operational for at least 100 days if not longer, he says.

JPL is currently developing prototypes for the next generation of variable-altitude balloons for Venus exploration, Krishnamoorthy, the paper’s second author, told me. The main challenge for balloons on Venus is the leakage of helium due to the effect of acid on the balloon skin and elevated heating from the Sun at high altitudes, he says.

While the Venus balloon team continues to explore those possibilities, colleagues at NASA will be moving ahead with two missions the agency recently selected to go to Venus between 2028 and 2030: VERITAS will study the planet’s surface and interior, and DAVINCI+ will study its atmosphere, says NASA.

Unfortunately, there is no scope to incorporate this balloon technology into one of the existing Discovery-class missions, DAVINCI+ and VERITAS, without significantly increasing the cost cap of those missions, says Kane.  But balloons could be proposed as a separate mission included in a larger flagship mission to Venus, he says.

Denial of responsibility! TechCodex is an automatic aggregator of the all world’s media. In each content, the hyperlink to the primary source is specified. All trademarks belong to their rightful owners, all materials to their authors. If you are the owner of the content and do not want us to publish your materials, please contact us by email – [email protected]. The content will be deleted within 24 hours.
DAVINCI+JPLNASAStephen KaneVenus
0
Share

Civic engagement does not improve well-being