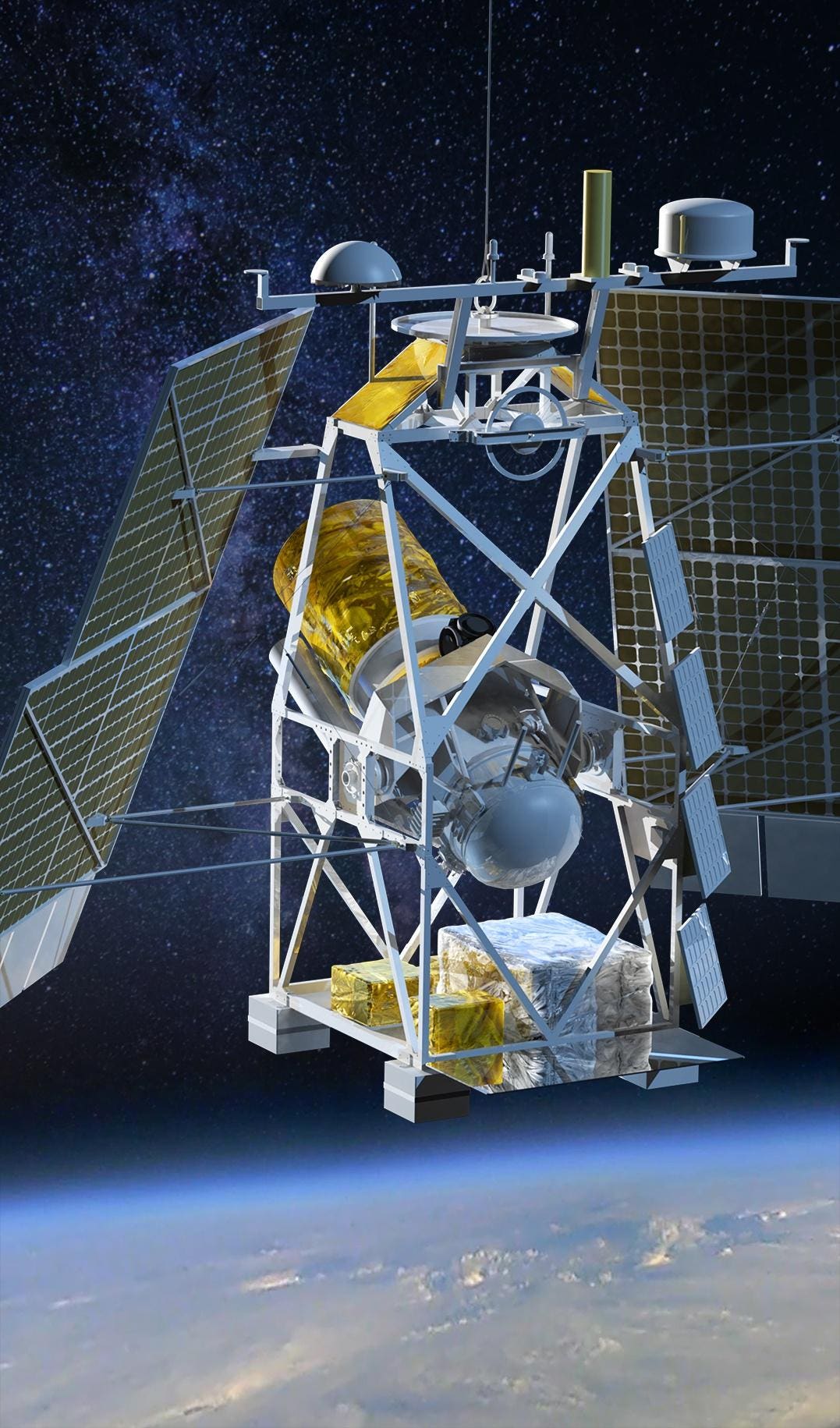 Antarctica is now considered the perfect spot for launching super pressure, telescope-bearing balloons to the stratospheric edge of space. From their vantage points high above the South Pole, these aerostatic balloons can garner photons blocked by Earth’s atmosphere at a fraction of the cost of a full-fledged, space-based observatory.

To that end, NASA is finally proceeding with the 2023 launch of its GUSTO mission, which will conduct the first complete study of all phases of the stellar life cycle —- from the formation of molecular clouds, through star birth and evolution, to the formation and of gas clouds and re-initiation of the cycle.

The $40 million Galactic/Extragalactic ULDB Spectroscopic Terahertz Observatory (GUSTO) has been delayed in part due to COVID, but if successful, the hope is that more such terahertz and extremely long infrared wavelength stratospheric, balloon-based missions will follow.

Super pressure balloons differ from normal high-altitude balloons, says NASA, in that they always maintain a positive internal pressure in relationship to the environment in which they are floating which enables them to maintain a stable altitude over long periods.  Filled with helium, these balloons rise after launch, and the Helium expands as the ambient atmospheric pressure goes down, NASA notes.

Due to be launched from McMurdo station at the South Pole, GUSTO should last at least 100 days maintaining an altitude of 120,000 feet, or some 17 times higher than the normal cruising altitude of a passenger airliner.

The key to the mission is to obtain high-resolution spectra at terahertz wavelengths from the ISM, the deep space between the stars. Although the ISM appears to be tenuous and largely vacuous, it’s where it all happens for cloud and star formation, Christopher Walker, a University of Arizona astronomer and GUSTO’s principal investigator, told me.

And most importantly, it’s where some 4.6 billion years ago, our solar system’s progenitor molecular cloud coalesced to begin our own incredible journey from the mists of deep space to the Earth we inhabit today.

GUSTO will provide a comprehensive understanding of the inner workings of the Milky Way and the nearby dwarf galaxy, the Large Magellanic Cloud (LMC), by surveying them in three important interstellar lines: ionized carbon, ionized nitrogen, and neutral oxygen, says Walker.

GUSTO’s balloon-borne, 0.85-m telescope and terahertz receivers will provide the spectral and spatial resolution needed to untangle the complexities of the interstellar medium, says NASA.

GUSTO will map large sections of the plane of our Milky Way galaxy as well as the LMC. These observations of the LMC are important because it’s thought that this relatively nearby dwarf galaxy most resembles the type of primordial galaxies from near the beginning of time. So, GUSTO will provide researchers with the latest data on the inner workings of our Milky Way while its observations of the LMC will give the team a nearby glimpse into the earliest galaxies in the cosmos.

In the process, as Walker notes in his book terahertz astronomy, GUSTO will address how and where are interstellar clouds made, and how long do they live? Under what conditions and at what rate do clouds form stars? How do stars return enriched material back to the galaxy?

Driven by nucleosynthesis in stars, the three most abundant elements in the Universe after hydrogen and helium are oxygen, carbon, and nitrogen, Walker writes.

Due to atmospheric absorption, high spectral resolution, large-scale mapping of these regions at terahertz frequencies has never been done, ways Walker. At its operational altitude, the water vapor level has dropped to a sufficiently low level that it does not significantly attenuate the incoming signals from space, he says.

The early 2023 launch is scheduled to take advantage of the summer months in Antarctica, where the Midnight Sun will provide a constant source of illumination for GUSTO’S solar-powered payload. The GUSTO payload will weigh close to two tons and run on about one kilowatt of electrical power generated by its solar panels, says NASA.

During the months we launch the winds aloft are circumpolar, allowing the payloads to complete an “orbit” of Antarctica about every two weeks, says Walker. And he says there are no issues with payloads being a potential hazard to high population regions being granted overflight permission from multiple countries.

GUSTO is serving as a pathfinder not only scientifically, but also technically, managerially, and logistically for how a new generation of balloon-borne astrophysics and planetary missions can be conducted, says Walker.

Yet are high-resolution optical images feasible from a balloon gondola floating at the edge of space?

The tech to make high resolution optical images from a balloon is available, says Walker. It’s the weight of large telescopes compared to existing balloons’ lift capacity that is limiting the current size of telescopes mounted at the bottom of balloons, he says.

But will we need to wait for lift capacity to develop?

Yet attaching larger aperture telescopes on such balloons is already a real logistical challenge, Jason Rhodes, an observational cosmologist at NASA’s Jet Propulsion Laboratory, told me. So, it’s more realistic to learn how to make lighter telescopes, he says.

Denial of responsibility! TechCodex is an automatic aggregator of the all world’s media. In each content, the hyperlink to the primary source is specified. All trademarks belong to their rightful owners, all materials to their authors. If you are the owner of the content and do not want us to publish your materials, please contact us by email – [email protected]. The content will be deleted within 24 hours.
Antarcticacosmic microwave backgroundISMmilky wayNASA
0
Share