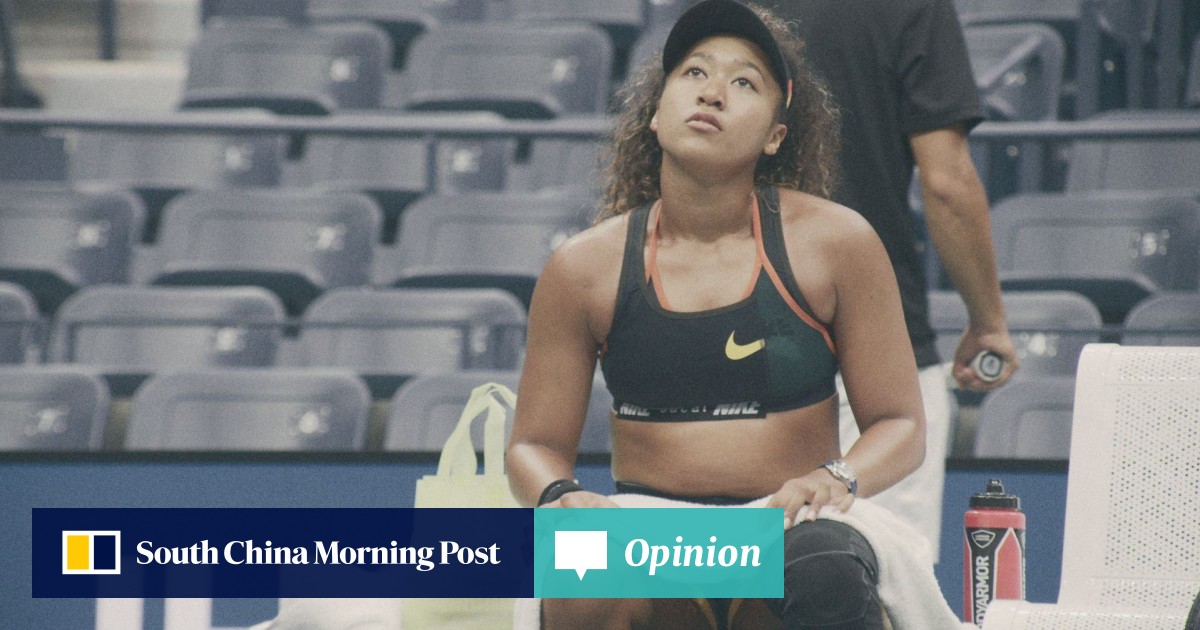 Osaka is solitary, contemplative, compassionate and uncomfortable in the spotlight, a lost young woman who has found herself in the world of professional sport yet is baffled by the attention and the fact that “life’s just full of tests” – all of which puts her recent withdrawals from tournaments and revelation she has suffered bouts of depression into perspective.

When she finds her full activist’s voice, the world should beware.

Jolene Purdy (left) and Murray Bartlett in a scene from The White Lotus. Credit: HBO Go

You’ll enjoy this holiday from hell

Are you looking forward to a holiday? Then perhaps leave darkly comic, six-part satire The White Lotus (HBO and HBO Go, new episodes on Mondays) until your return.

Vacations are inherently stressful – especially when you find out the truth about people you thought you knew, as the guests at “Hawaii’s most romantic hotel” discover during a week of personal crises and humiliating encounters.

Created and directed by filmmaker Mike White, the series is set at the titular property, which offers everything the spoiled, rich white guest might want on a “coconut island” (in this case, Maui). Other amenities, included at no extra charge, comprise a newlywed, polo-shirted, preppy sulker; a couple of bored, cynical teenage girls savagely playing “guess the personality” and lamenting their lack of access to drugs; an anxious, middle-aged father obsessed with examining his trouser furniture; and an insecure, drunk “American Brigitte Bardot”.

But none tops Murray Bartlett as the fastidious Armond, a hotel manager on an anti-guest vendetta that would have Basil Fawlty in raptures – although the depths to which Armond of the painted smile soon sinks are far more mortifying than farcical.

He advises subordinates that they should be “pleasant, interchangeable helpers” practising “tropical kabuki” for the visitors, and presides over an evening’s entertainment programme in which Polynesian natives are reduced to bit-part players in a torch-twirling cultural pantomime. By this point his veneer of professionalism has already begun to disintegrate.

Excruciating embarrassment is on tap in this sort of human safari park, in which one of the exhibits has convulsions because he “can’t go another day without a phone”. He at least has an epiphany of sorts as he begins to appreciate the natural wonders surrounding him – a redemption that might just spare him the possible effects of some vaguely malicious (and literal) undercurrents that seem to be gathering far beyond the shore.

For some, checking out could be more terminal than expected.

A Terrible Sequel That Fully Deserved to Bomb Rebounds on Netflix