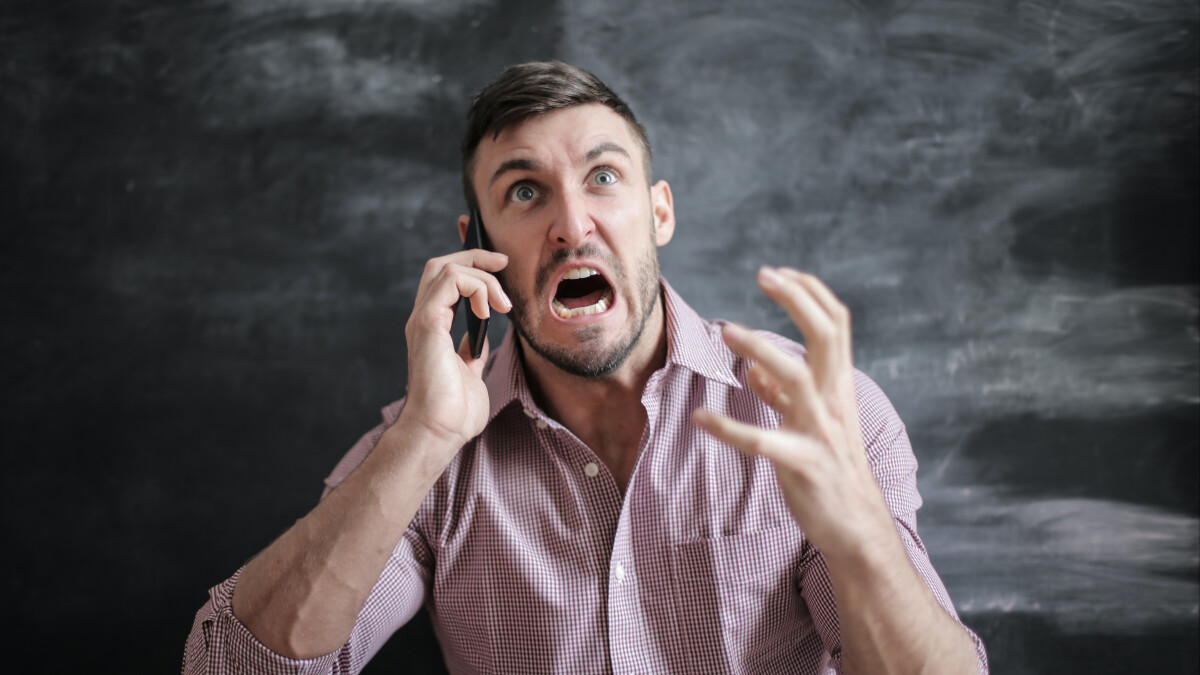 0
Share
What’s a phone? I don’t mean to get philosophical on you, but based on my observations of countless phone enthusiasts and casual users, we don’t really make phone calls anymore. We either text via our online messaging app of choice, or, as of early 2020 – predominantly do video calls with each other when a semi-face-to-face is needed. It’s all internet-based.Point is, dare I say – phone calls are a bit of an archaic concept these days, reserved for our elderly folks who still also use Facebook.

I fondly remember calling everyone all the time in the early days of the cell phone, early 2000s – it sure was a simpler time. Carrying around a dense, plastic brick phone with a monochrome display, sometimes on a neck strap like a douche. Calling friends constantly, despite my hundred-dollars-per-minute phone plan… or a similarly outrageous cost… Memory’s a bit fuzzy.

But now I personally never make phone calls, and definitely hate receiving them. A phone call these days feels like an intrusion on my personal life – someone suddenly dropping in unannounced, to bother me with something they could’ve texted, and I could’ve responded when I actually wanted to.

I know what you’re thinking, because I thought it too – why the heck would anyone need an 8.3-inch Apple tablet, especially if they already have a nearly 7-inch iPhone that runs the same software? Or if they own any modern phone, since most of them are well within 6 inches and above.

Well, the iPad mini 6, and the mini series in general actually do have their niche audiences, such as private helicopter pilots, who apparently find their size perfect for use inside cramped cockpits.

It’s also a great premium tablet for children who are too young to have a smartphone, yet too old to not have access to internet entertainment and mobile games. Because it’s actually not very small for a first tablet – just right. Yet still light enough, and definitely more than powerful enough for kids to entertain themselves with it, or even explore their creative side.

But back to why I call the iPad mini 6 my “phone” that’s “not a phone,” though. Yes, it’s because lacking phone calling functionality is actually a plus in my book. You can still slot in a sim card if you get the cellular model, so you’ll continue getting your messages wherever you are, and can do your video calls, but no more people dropping in on your life unannounced.

Why not just put your phone in silent mode if you don’t want people calling you? Great question. Because the phone will still receive phone calls, and they will still pop up and bother me as I’m trying to unwind after a long day, watching a video or reading a book on it.

However, if I put my phone away at the end of the day, and switch to the good old iPad mini 6 – I can still use all of my phone apps and enjoy the convenience of a phone-like form-factor… But without the lingering “danger” of an unexpected pavlovian-style loud ringing noise, or phone call popups, as I’m trying to chill.

No more sudden phone calls, yet you still have the other smartphone functionality

This switcharoo from a phone during the day to the iPad mini after hours has been surprisingly great for me, so if you have a small tablet lying around yourself, and you too don’t want to be bothered after a certain point in the day – I’d recommend giving it a try.

And those who still call you will eventually learn to text you on social media like everyone else, after they see that the latter is more likely to get a response from you. Not to mention that it is vastly more convenient, and not such an intrusion on your private life as a phone call.

Being reachale instantly, 24/7, isn’t a good thing in my opinion, precisely because you need time for yourself. Time to think, enjoy some lighthearted entertainment, read, or focus on your hobbies without having it on the back of your mind that you can be interrupted at any moment.

Wait, what? Yes, I’ll share with you something interesting that you may not have known about one of the most significant people in human history – Nikola Tesla.

According to author Marc Seifer’s Nikola Tesla biography, the man rarely slept, and at least on one occasion had called a friend of his at 3 AM, waking him up only to actually work out loud some ideas on his own, then suddenly close the phone. Crazy! Smart people can be weird.

But let’s face it, none of us know a Tesla who might jolt us awake with a phone call at 3 in the morning. That would’ve actually been cool and interesting.

What we all do probably have is that one (or several) friend(s) who might wake us up with a phone call drunk, to ask a profoundly stupid question, or share a meaningless thought that they figured is important and significant, since even their last two remaining sober brain cells have started waving the white flag.

I’ve had, no joke, a phone call at midnight from a friend telling me that the doner place I recommended to him is great, and still open. What useful intel when you’re trying to sleep, right?!

It could get even worse – a wrong call after midnight – ever gotten one of those?

The point is, you don’t have to sleep with your phone next to your bed, when a small tablet also has an alarm and all of your phone apps, while keeping perfectly nice and quiet otherwise, with zero chance of anyone intruding on your life when they feel like it.

So yeah, my second phone, and my “favorite” phone right now is the iPad mini 6 – the device I use after work hours, that has all of the phone functionality that I want to keep, without the actual phone.

Is this weird? Or will you try it out? Let me know what you think, and if you see other useful scenarios for Apple’s smallest iPad.

And remember to value your privacy and personal time. Life can be a busy rat race; your mind needs periodic relaxation, and for many of us, even just knowing that you can be suddenly interrupted can be stressful enough. You can change that, and what I shared with you here is just one way of doing it.

Important note: This works for me, but you should be aware that you might miss potential emergency calls. Getting a backup phone for your closest contacts, at the very least, might be a worthwhile investment before attempting a similar experiment.

‘Marvel Studios Assembled’ for ‘Doctor Strange 2’ Headed to Disney Plus

Finally, a Skyrim mod where you can get a good hot…