Most People With Cancer Respond Well To Covid-19 Vaccines, But Some Remain Vulnerable 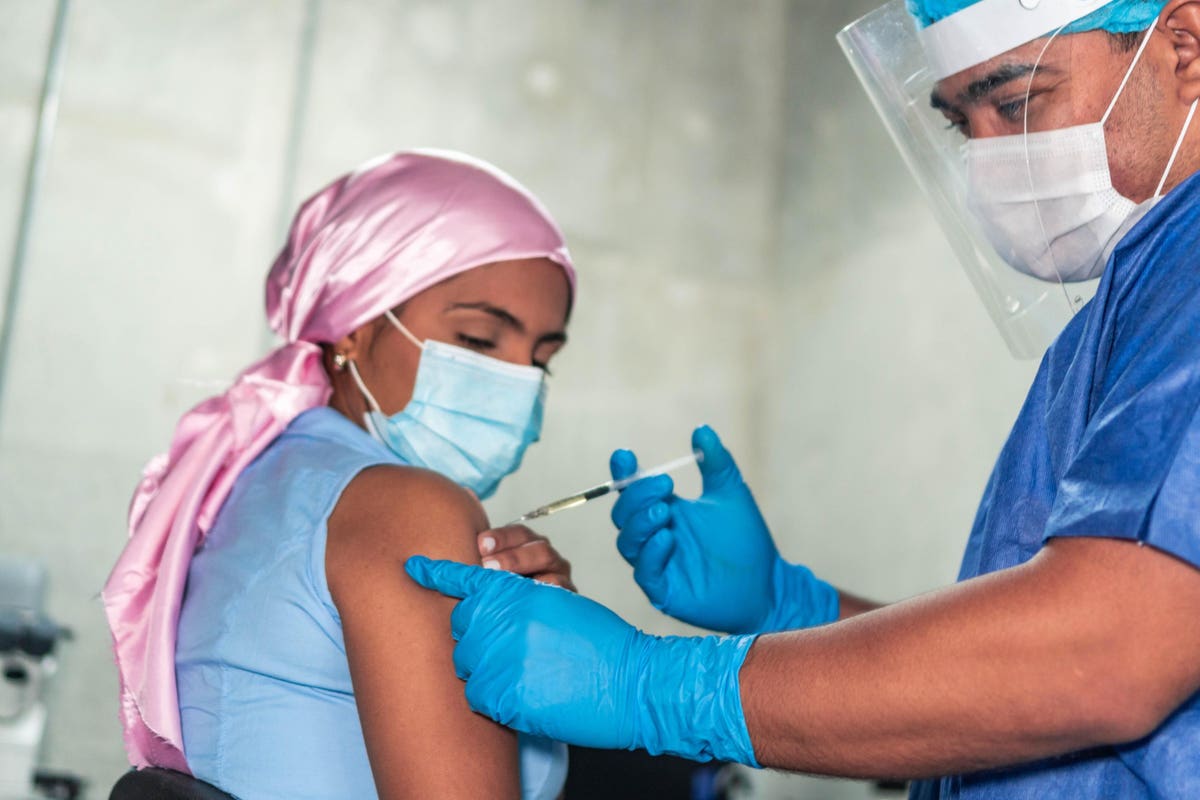 A new study conducted in the U.S. and Switzerland showed that the majority of people with cancer responded well to Covid-19 vaccines, creating protective antibodies between 3-4 weeks after their second dose.

Due to treatments which can compromise the immune system, there were concerns that people with cancer might not be able to mount an immune response to Covid-19 vaccines. However, a new study published in Cancer Cell looked at 131 people with cancer showed that 94% of them developed protective antibodies against the SARS-CoV2 coronavirus after being treated with either the Moderna or Pfizer mRNA vaccines.

But although the news is good for most people with cancer, the amount of antibodies produced was lower in patients being treated with cytotoxic chemotherapy, which is known to often dampen immune responses. Seven patients on the study developed no protective antibodies at all after vaccination.

“Patients with hematological malignancies, such as myeloma and Hodgkin lymphoma, were less likely to respond to vaccination than those with solid tumors,” said Pankil K. Shah, MD, PhD, of the Mays Cancer Center at the University of Texas in San Antonio and one of the senior authors of the study.

25 of the 131 patients on the study had hematological malignancies and 5 of the 7 who developed no protective antibodies at all had a hematological cancer. Of particular concern were patients who were being treated with a therapy called rituximab, a monoclonal antibody treatment that targets a specific protein on a type of blood cell called a B-cell, which are responsible for producing protective antibodies. Four patients on the study who had received rituximab within 6 months prior to vaccination developed no antibodies at all.

“Unfortunately, blood cancer patients not only receive therapies which impair B-lymphocyte function (anti-CD20 therapies, Bruton’s Tyrosine Kinase inhibitors, Venetoclax), but also have disease which impairs the ability of the bone marrow to respond normally to vaccination,” said Nichols, also noting that although the study is promising for cancer overall, it contained relatively few blood cancer patients.

“Our advice, given this high rate of seronegativity [lack of detectable antibodies] is for patients to continue to use precautions of masks, hand washing, avoiding crowded and poorly ventilated spaces, and avoiding close contact with those who are not vaccinated,” said Nichols.

There are ongoing clinical trials evaluating whether people with cancer who initially respond poorly to Covid-19 vaccinations could benefit from additional booster jabs, but Nichols stresses that these trials are happening for a reason and people with cancer should not seek out boosters at the moment.

“Because we need to understand if this is safe and effective, it is important for patients to enroll in a clinical trial rather than getting boosters on their own,” said Nichols.

The study points out that it is possible that other types of immune cell that they didn’t test for, such as T-cells can also confer protective immunity after vaccination and research is ongoing to evaluate these different types of immune cells and their role in Covid-19 immunity. But for now, people with cancer should still get vaccinated unless specifically told not to by their doctor.

“LLS is urging all of the population to please consider vaccination for the sake of our friends and neighbors who are not able to fight Covid-19. You never know when the person next to you in line might be a blood cancer patient. No one should take the risk of unwittingly causing someone else to die of a preventable illness. You can save lives by getting vaccinated,” said Nichols.

Denial of responsibility! TechCodex is an automatic aggregator of the all world’s media. In each content, the hyperlink to the primary source is specified. All trademarks belong to their rightful owners, all materials to their authors. If you are the owner of the content and do not want us to publish your materials, please contact us by email – [email protected]. The content will be deleted within 24 hours.
cancercoronavirusCOVID-19DeltaModernamRNAoncologyPfizer
0
Share

The OnePlus Nord 2 5G will officially ditch Qualcomm for MediaTek

Dyson’s V7 is $100 off at multiple Canadian retailers

Animal Crossing: New Horizons Finally Will Get the…