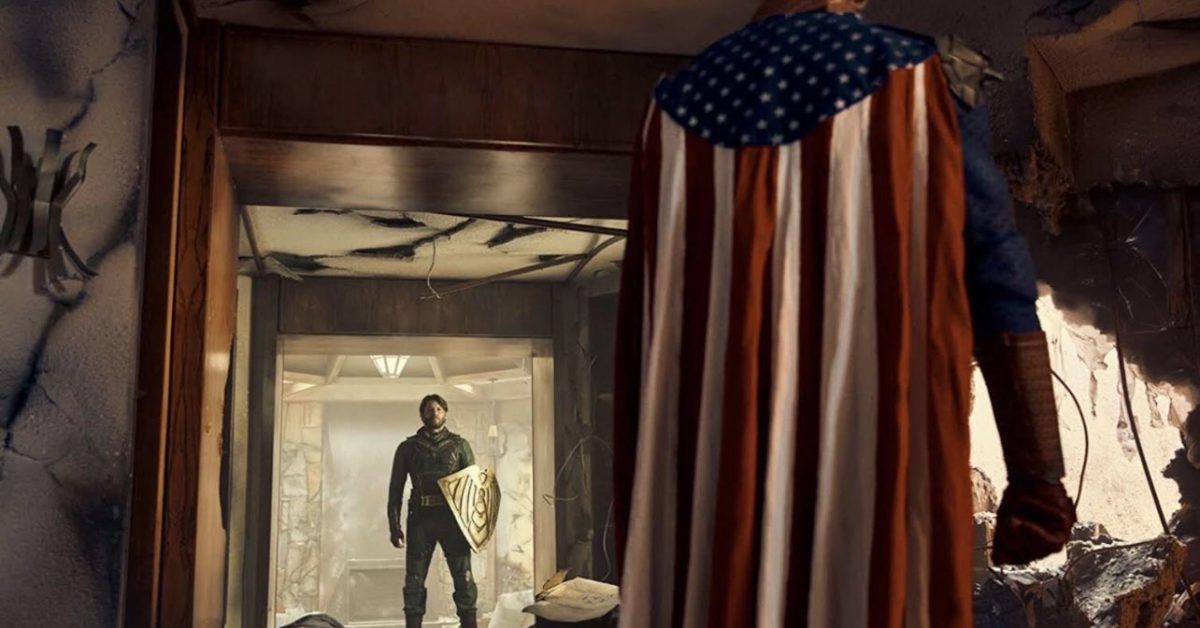 Okay, it’s the next day. The night was great. You clearly enjoyed it. We know we did. In fact, we’re still a little sore. But did you really think we weren’t gonna hit you up the next day? It was too good to not wants seconds… what’s that? Oh, I’m talking about how everyone’s been reacting to our coverage of Amazon & Showrunner Eric Kripke‘s The Boys S03E06 “Herogasm” and how the episode not only lived up to expectations but it blew them… out of the park. And experimented with viewers in ways they may not have realized they would like until they gave into it. Okay. We’re done with the sexual innuendos, but it’s true that the highly-anticipated episode did not disappoint. Now, we’re not going to rehash the episode and our thoughts in this go-around (you can check out our review “The Boys S03 “Herogasm” Review: Satisfying, Cigarette-Worthy Release” for all of that here). But what I did want to do is pass along the extra notes and random thoughts I had that I jotted down as the episode rolled along. Some were blended into the overall review, but the vast majority of them were “lost gems” that didn’t make the cut in a review that was already a bit more “wordy” than I was expecting.

Having Patton Oswalt, Josh Gad, Mila Kunis, Ashton Kutcher, Kumail Nanjiani, and others join members of The Seven for a wonderfully mocking “tribute” to Gal Gadot‘s “Imagine” video was a snarky stroke of genius and served as a nice opening contrast to the way Starlight/Annie (Erin Moriarty) uses social media at the end.

Homelander (Antony Starr) looked like he saw a ghost when he saw Soldier Boy (Jensen Ackles) on that monitor.

Starlight and MM (Laz Alonso) was not the team-up I saw coming, and it serves as a nice “middle road” to Homelander and Butcher’s (Karl Urban) competing crews.

And eight “Holy shit!” points got to Colby Minifie for that moment when Ashley rips her own hair out. That shit even got A-Train (Jessie T. Usher) to pause and take a step back.

We need to acknowledge Nathan Mitchell‘s excellence as Black Noir and his ability to tell his story in silence (though I’m interested to see just how far down the rabbit hole his connection with Soldier Boy goes).

We can now add Ackles’ Soldier Boy to the list of the show’s shitbags with backstories we can all connect with without them being seen as attempts to “redeem” them. It’s okay to feel for him & what it must be like for someone living in another time. That doesn’t mean that erases or lessens in any way what walking pool of male toxicity he’s been his entire life. Understanding your enemy doesn’t mean you have to hate them any less.

Claudia Doumit‘s doing an amazing job keeping me guessing what Neuman’s endgame is, though we’re getting “White House” vibes. That said, it does seem like she wants Vought to be something different. But between the two, who’s more likely to change first? Neuman or Vought? Though that passing nosebleed threat to Starlight was a nice reminder that underneath all of the politics, Neuman’s still a supe who can literally blow your mind.

Sorry, Starlight and Hughie (Jack Quaid), but Kimiko (Karen Fukuhara) & Serge (Tomer Capone) is the top couple I’m rooting for. These two have suffered, so if anyone deserves a happy ending filled with musical numbers? It’s them.

The personal, tragic backstories that Hughie and MM share were on full display in this episode, with the former getting some sense of closure from A-Train and the latter looking to get a pound of closure out of Soldier Boy’s ass.

And we would be remiss if we didn’t highlight Starlight’s attempts to brag about MM’s oral sex skills to convince Love Sausage (Andrew Jackson) to let him join her as they scope out “Herogasm.”

Yes, it’s true! “Lick it up, you yummy brown bear!” was spoken by none other than Eric Kripke. I know, right?

Aside from all of the torture, I also felt bad that Frenchie missed “Herogasm.”

Wow. So much to unpack historically when it comes to that scene where A-Train rids the world of its Blue Hawk (Nick Wechsler) problem by dragging him across roads for a very long time and at very high speeds.

While it was great to see Hughie, Butcher, and Soldier Boy having Homelander in a position to deliver a death blow and I was cheering them on, I was reminded of who it was I was rooting for. And it reminded me once again why this show works so well. Things aren’t black-n-white. Big bads have backstories. The heroes have flaws. And in the midst of all that gray, you find yourselves rooting for those you probably wouldn’t in any other situation. And that’s one of the things that makes The Boys so great. It’s here to make you think… not feel comfortable.