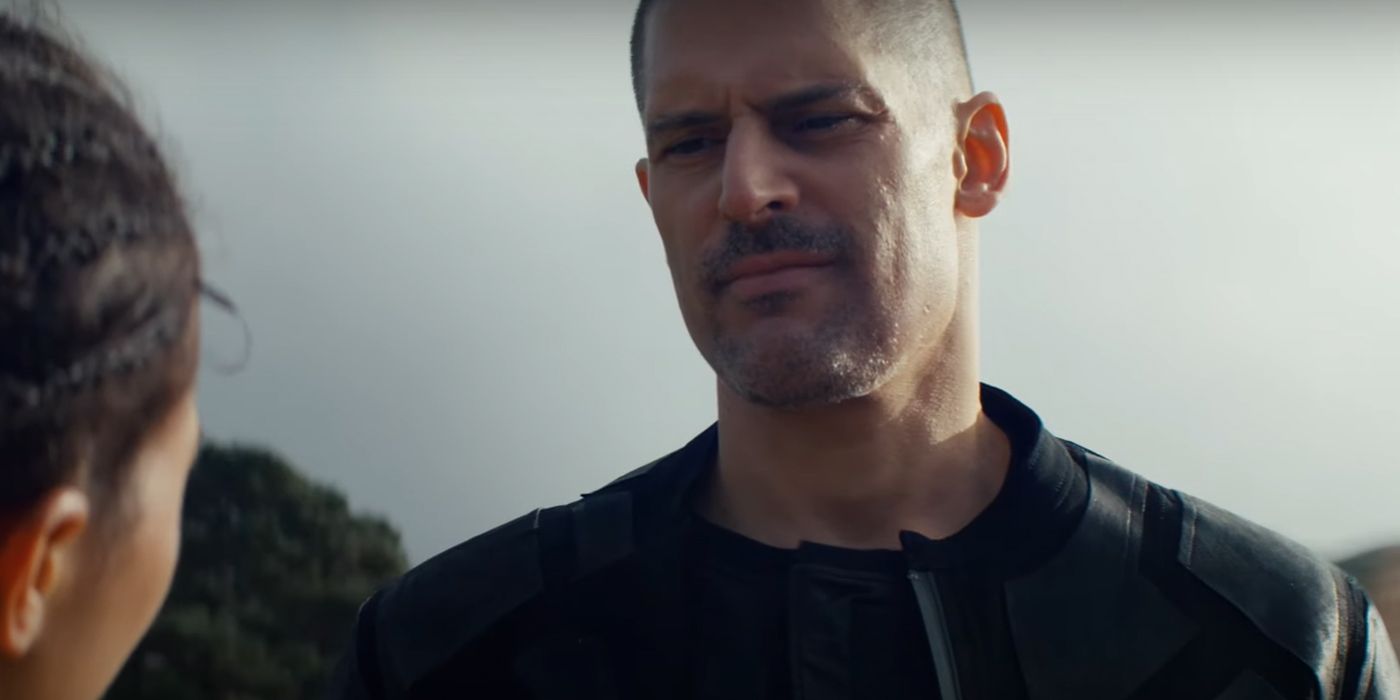 AMC+ has just released an official teaser trailer for their upcoming suspense thriller series, Moonhaven. Moonhaven will explore a society living on the moon that is a supposed utopia. The utopia is created after life becomes almost uninhabitable on earth. However, the utopian colony on the moon may be the Earth’s only hope of being saved. Moonhaven stars Emma McDonald (Queens of Mystery), Dominic Monaghan (Lost) Amara Karan (Doctor Who), Ayelet Zurer (Losing Alice), Joe Manganiello (True Blood), Kadeem Hardison (Black Monday), and Yazzmin Newell (The Last Tree). The show will premiere exclusively on AMC+.

The teaser opens with a very old-school-looking shot of a spaceship flying from outer space into the moon while an eerie anthem plays. The audience is then thrust into the world of Moonhaven, a utopia on the moon, which may not be entirely what it seems at first glance. The lead character, Bella Sway, questions what Moonhaven actually is, and whether darkness lingers there. The trailer ends with an ominous chant led by a young girl, as people behind her sway in the distance. This teaser almost gives off Midsommar in space vibes.

Peter Ocko, who has worked on the series Lodge 49, Black Sails, and Elementary, serves as the creator and showrunner of Moonhaven. Ocko also serves as an executive producer alongside Deb Spera. Ocko is also a writer who has written episodes of the shows Dead Like Me, Pushing Daisies, and an episode of The Office titled “Christening”.

The first two episodes of Moonhaven will premiere on AMC+ on July 7, before new episodes start dropping every following Thursday. The show was originally supposed to drop on June 30 before being pushed back a week.

Here’s the official synopsis for Moonhaven:

“Moonhaven centers on Bella Sway (McDonald), a lunar cargo pilot and smuggler 100 years in the future who finds herself accused of a crime and marooned on Moonhaven, a utopian community set on a 500 square mile Garden of Eden built on the Moon to find solutions to the problems that will soon end civilization on Mother Earth. A skeptic in Paradise, Bella is sucked into a conspiracy to gain control of the artificial intelligence responsible for Moonhaven’s miracles and teams with a local detective to stop the forces that want to destroy Earth’s last hope before they are destroyed themselves.”

Since this is just a teaser, it seems likely that an official trailer should be on its way soon. Check out the official teaser for Moonhaven below:

‘Doctor Strange in the Multiverse of Madness’: All the Easter Eggs You Might Have Missed

Jon Mendelsohn is a writer for Collider, Ranker, CBR, and Wicked Horror whose brain is an encyclopedia of movie fun facts to an excessive degree. Jon is also an actor and filmmaker who enjoys travel and checking out the hottest foodie spots around.

There May Be Invisible Walls In Space, According to New Research