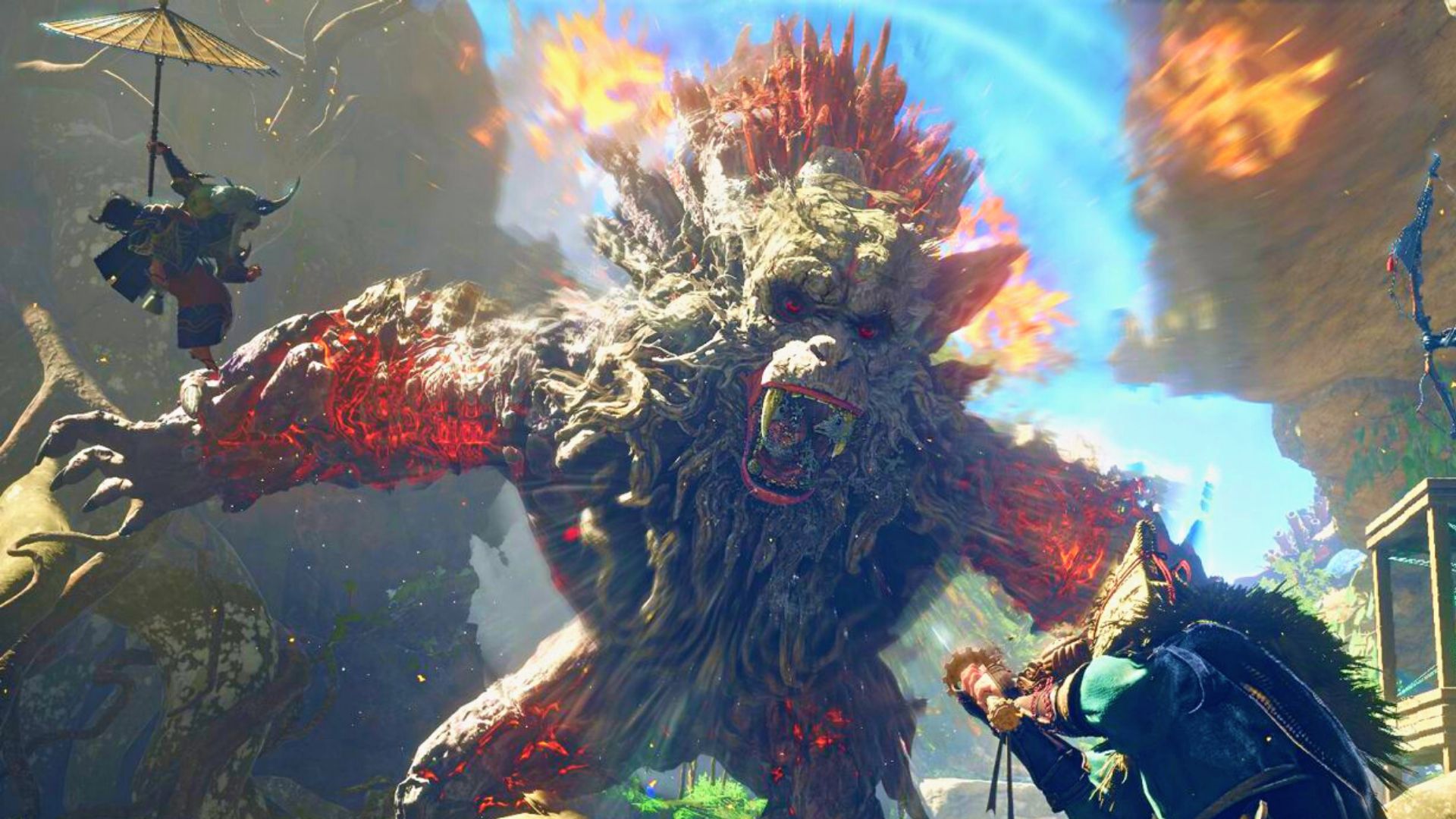 There’s now seven minutes of Wild Hearts gameplay, the Monster Hunter-like fantasy game coming from EA and Koei Tecmo division Omega Force. If Capcom weren’t quaking in their boots before, this Wild Hearts gameplay might just indicate that the genre is about to get a lot more crowded.

The extended Wild Hearts gameplay gives us both single-player action and co-op play, showing how you’ll navigate a feudal Japan-inspired locale to hunt down a number of monsters. There are also four hunting grounds in Wild Hearts, with each representing a different season. We catch a glimpse of the Spring one in the gameplay footage below.

There’s also some incredible equipment shown off that you can use to traverse the map, including a helicopter-like object that can be placed and used to soar across the land. These sophisticated mechanisms are called Karakuri, and can be used for both traversal and battle during Wild hearts gameplay.

Fights with the Kingtusk are shown off in the trailer – one of the game’s Kemono, or monsters – and the giant boar certainly puts up a lengthy fight, something players well-versed with the Monster Hunter series will be well acquainted with.

Next up is a co-op attempt at the battle, with even more Karakuri being used to try and take the Kingtusk down. The player finishes off the Kingtusk with a slick animation before some breath-taking cutscenes show even more creatures you’ll need to face when the full game releases.

You can also check out our list of PC games like Monster Hunter as well, if you’re so inclined.

The Wild Hearts gameplay follows the trailer showing off the release date, and you can expect to tear up creatures in EA’s take on Monster Hunter on February 17, 2023 next year. In the meantime though why don’t you check out our lists of the best action-adventure games on PC, and best open-world games as well.