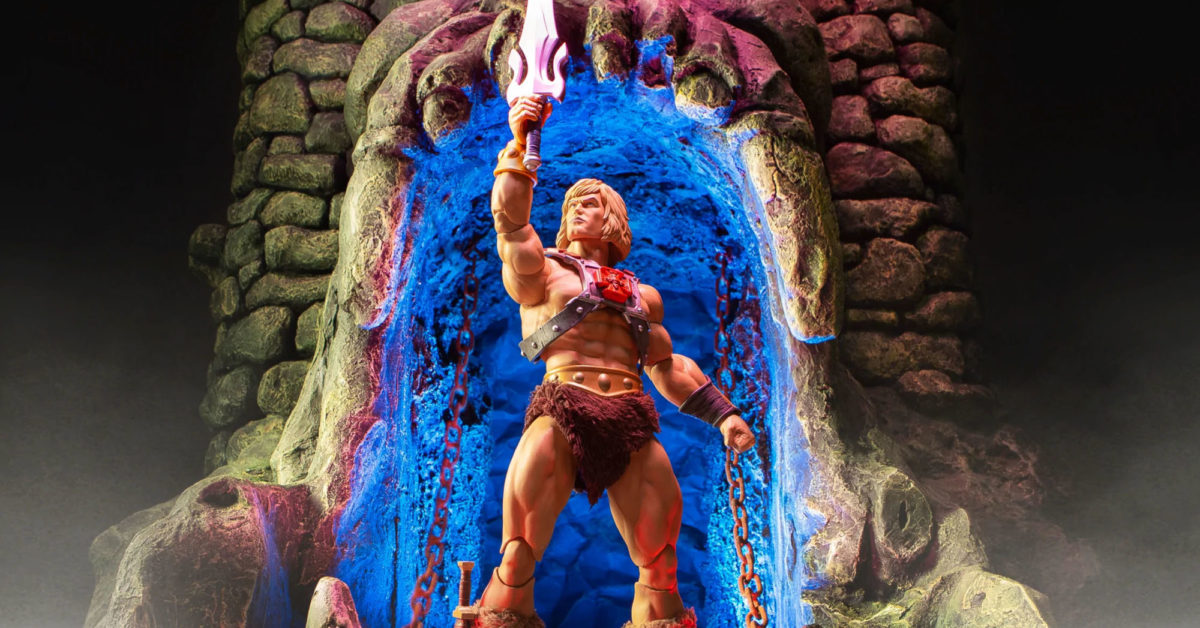 Prepare your wallet, as Mondo holds the powers as they will be having a limited-time pre-order next week for Masters of the Universe. That is right, the power of Grayskull arrives with a Deluxe He-Man 1/6 scale figure from Mondo. This is a brand new release from the company featuring updated accessories and updated design, paying tribute to his original Mattel debut. Three versions of He-Man can be created from the figure alone with Original, Battle Armor, and Thunder Punch. To make things even better three different head sculpts are included with standard, angry, and even a classic OG Mattel design.

As for accessories, Masters of the Universe fans will be getting a Power Sword, Shield, Battle Axe, Ankle Knife, Thunder Punch Power Sword, and Thunder Punch Shield. A variety of swappable hands are also featured, along with Thunder Punch gems and swappable body armor. This is the ultimate He-Man figure any fans could own, and he will be priced at $260. As mentioned previously, Mondo will only allow pre-orders for 24 hours only starting June 21 on the Mondo Shop here. Be sure to get yours while you can and show your collection that you have the power.

“A little over half a decade ago, Mondo released its first ever Masters of the Universe collectible: not only was it was first ever 1/6th scale MOTU collectible, but we had the freedom to redefine the character and update it in a way that now only Mondo is known for. This first-ever release in this line was He-Man. Now over six years later, and after 10 different figures in the Mondo / MOTU collection, we are proud to present the return of He-Man to this line. This version is the definitive version that celebrates some of He-Man, as well as some of his most well known accessories from the original Mattel releases in the ’80s.”

“Though the original figure is amazing in its own right, we felt that if we were going to go back and re-releasing He-Man, there should be a substantial amount of new accessories to make this feel like a deluxe and definitive version. With that in mind, we dug deep into He-Man figures of the past and picked some of our favorite” representations of the character.