Call of Duty: Modern Warfare/Warzone Season 6 arrives tomorrow, and Activision has dropped a new cinematic trailer and details about the new content. As rumored, Warzone’s Verdansk map is getting a quick-travel subway system, and Modern Warfare is getting four new maps, several new modes, and more. It seems we’ll also be getting a spooky event, The Haunting of Verdansk, in time for Halloween. You can check out the new Modern Warfare/Warzone Season 6 trailer, below.

If you want to know about Season 6’s new operators, Farah and Nikolai, check out our previous post. Here’s everything you need to know about Warzone’s new subway fast-travel system and limited-time mode:

Get around the Warzone in a flash with the recently opened subway system, known as the “Metro” in-game. This dynamic fast travel system combines existing points of interest with new transportation stations for a high risk, high reward movement option within Verdansk. At one of a number of open Metro stations around the city, squads can move underground via staircases to find potential item spawns all the way to that station’s platform. Once there, squads can catch a ride on a subway train, which will whisk them off to the next station in seconds.

Despite its “retro” interior, this subway system boasts incredible safety standards; it will not travel to a station that falls outside the safe area during Battle Royale matches, nor move a single inch if there is any conflict aboard its cars. Otherwise, fighting in and around the station is fair game, making these new and updated locales prime spots for ambushes.

This fast-paced, high action Battle Royale variant gives every squad an armored Cargo Truck, complete with a turret and plenty of armor plating. Squad members can respawn if their truck is still in one piece, but once that squad’s vehicle disappears, so does their ability to return to the fight. The last squad standing wins, regardless of whether their truck just rolled out of a repair shop or has its parts scattered around greater Verdansk. 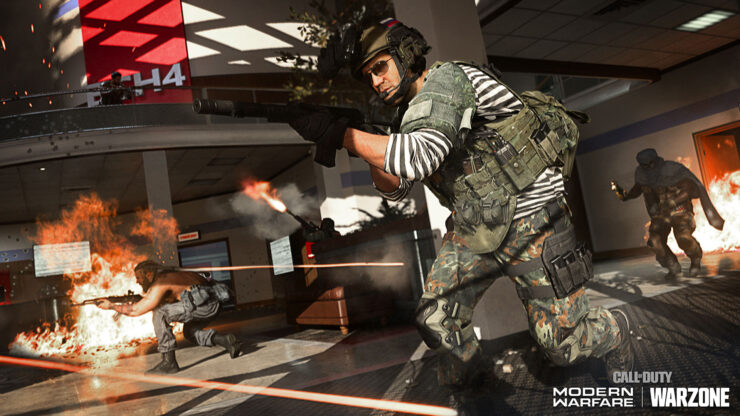 A picturesque rural Kastovia train station serves as the backdrop to the latest Gunfight arena. Operators will want to use the station’s exterior and abandoned military cargo trains as part of a winning strategy. Like other maps of its size, Station has some quirks beyond its simplistic design, beckoning true Gunfight masters to uncover jump spots and tactical angles that may help them crush the opposition.

Since its cameo in Verdansk within the BCH TV Station zone, this large Multiplayer map introduced in Call of Duty 4: Modern Warfare now has a primetime slot in Season Six. Whether you experienced its first iteration back in 2007, in a remastered version since, or within Warzone, expect to drop into familiar territory when infiltrating this recently abandoned communications center.

The larger of the two core Multiplayer maps, Mialstor Tank Factory is built for both 6v6 and 10v10 play, changing its playable dimensions depending on the size of the lobby. For either skirmish size, expect a mix of indoor and outdoor combat zones with two large buildings – the eponymous tank factory and a warehouse – being the map’s central point of conflict due to sheer surface area and accessible rooftops. Other areas to explore include an abandoned workshop, skybridge, scrapyard, shipping area and residential zone, with some parts of the map sectioned off if it is being used for 6v6 combat.

A once-unlabeled landmark on the in-game Tac Map, Verdansk Riverside is a suburb that lies across the frozen Gora River from the Verdansk International Airport, with its northern border defined by cliffs that eventually lead to the Arklov Peak Military Base.

Using available vehicles, squads will navigate within and around this village, as the streets themselves may turn into no man’s land shortly after infiltration. Most buildings will act as cover from heavy machinery, or as a mounting and overlook point for those using long-range weaponry. CQB operators may find it better to clear individual structures out one-by-one or use cover to avoid long sightlines and vehicle traffic. 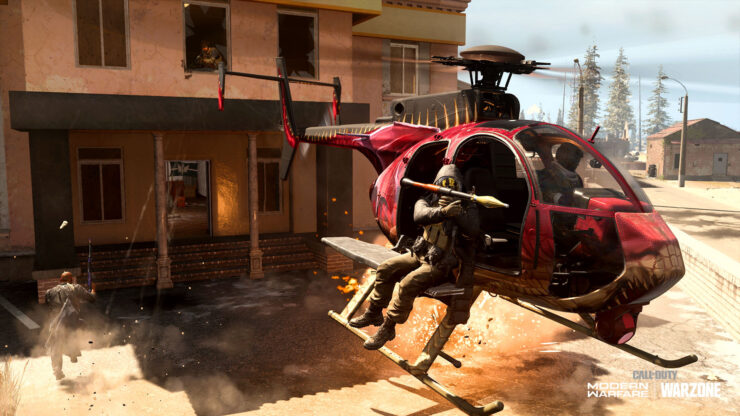 Finally, here are some of the new multiplayer modes on the way:

This Kill Confirmed variant comes charging in with multiple changes concerning Killstreaks: These can only be earned by collecting enemy dog tags. However, your streak won’t reset on death, so you’ll want to rush for tags as fast as possible to earn your Killstreaks. Trying to stay alive? Unlike traditional game modes, Killstreak Confirmed also allows players to “wrap” Killstreaks, making it possible to earn the same Killstreak (like the UAV or Cluster Strike) multiple times in one life. The team that collects the target number of dog tags – in spite of the inevitable barrage of Killstreaks – wins the match.

As the name states, this mode combines the random weapon assortment of Gun Game with Team Deathmatch. Pick your loadouts for perks and equipment, then get ready to use whatever is handed out to take down the opposition. Each kill with a given weapon cycles you through a predetermined list of weaponry all the way to a Combat Knife, where one melee takedown with it resets the cycle back to the starting weapon. First team to the target kill count wins the match.

This twist on Headquarters awards team score for both holding the objective and earning kills, almost like a Team Deathmatch. This allows teams to try to catch back up on score between HQ objectives. After a team captures an HQ, respawns are disabled until the enemy team neutralizes it. Hold down the objective and defend it from enemy players to maximize score. First team to the target score wins the match.

Similar to HQ: Firefight, this mode awards team score for playing the objective – holding hills – as well as earning kills. With respawns enabled, this mode could turn into a pure deathmatch, a tactical objective game, or a chaotic mix between the two. First team to the target score wins the match.

There will also be a variety of new trials, missions, and challenges to embark on. Of course, Season 6 will offer a new Battle Pass, which will include 100 tiers of stuff to earn, including the two new operators and a variety of weapons.  The first 20 tiers can be accessed for free, while the full Battle Pass can be unlocked with 1000 Call of Duty Points (around $10). You can check out the full Modern Warfare/Warzone Season 6 roadmap below (click image for full resolution). 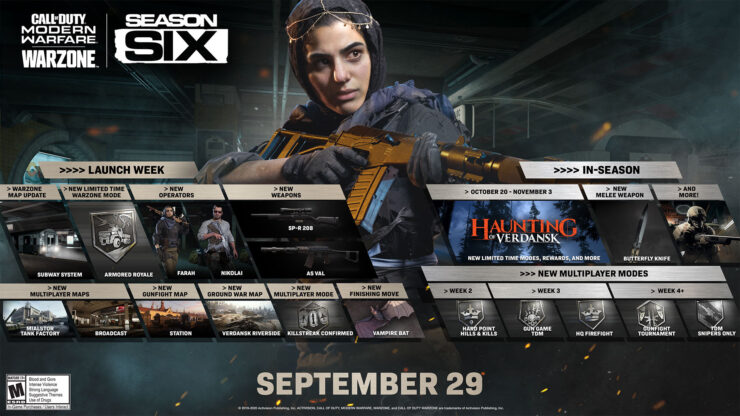 Call of Duty: Modern Warfare/Warzone is currently available on PC, Xbox One, and PS4. Season 6 kicks off tomorrow (September 29).