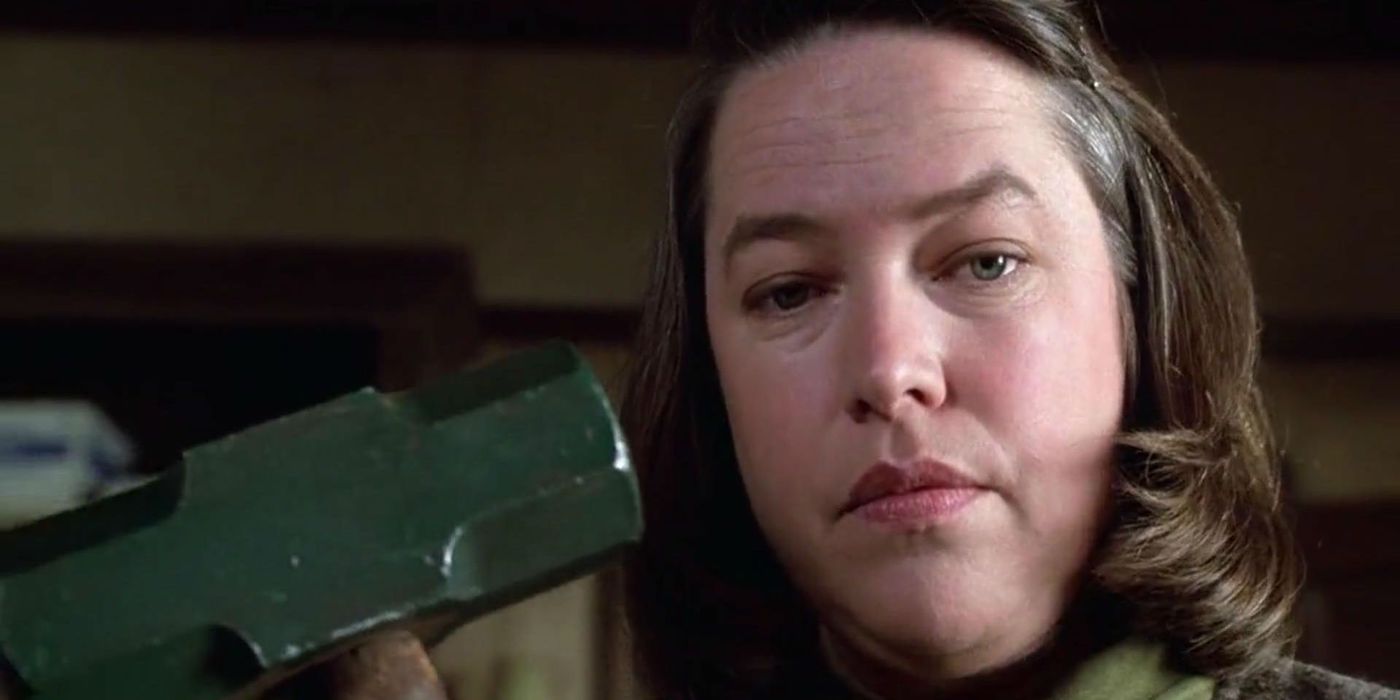 Time to put our wallet out of its misery.

Kino Lorber Studio Classics is releasing a special 4K Ultra HD and Blu-ray edition of Rob Reiner‘s Misery, unquestionably one of the best Stephen King adaptations ever made. The special edition is the perfect opportunity for fans willing to suffer through the anxiety-inducing thriller in the best audio and sound quality possible. Also, as misery loves company, the new release comes with a lot of extra goodies, which will be part of the 4K and Blu-ray combo on October 12.

Directed by Reiner from a script by William Goldman, Misery follows the unlucky novelist Paul Sheldon (James Caan), who gets rescued by longtime fan Annie Wilkes (Kathy Bates) after a car crash. With the promise to nurse Paul back to health, Annie holds the novelist captive while forcing him to write what she expects to be a masterpiece.

Misery features King’s biggest nightmare by giving a possessive fan control over an author’s life. It’s brutal, unnerving, and Bates is utterly genius as Annie. There are plenty of reasons to revisit the movie when the 4K edition gets released.

‘The Wheel of Time’ Season 2 Has Begun Filming, Still No Sight of Season One Trailer

The show, which is scheduled to launch on Amazon Prime Video, still does not have a premiere date

Snakes look like monsters as fungal disease spreads in US, experts say

Dragon Ball’s Bulma and One Piece’s…