Minecraft Sonic DLC Is Available Now, And It’s Got Some Very Square Rings 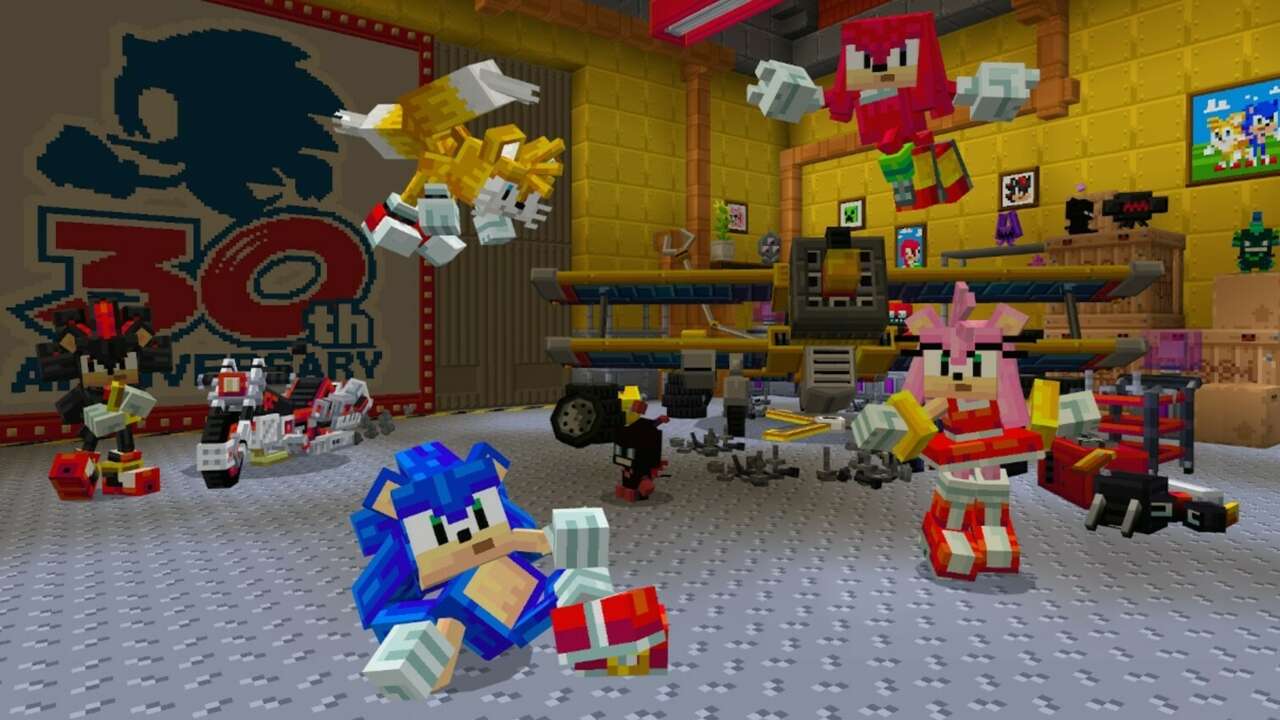 Sonic the Hedgehog isn’t done celebrating his 30th anniversary just yet, as now the blue blur has raced his way into Minecraft in a new DLC.

Available now via the Minecraft Marketplace, Minecraft’s Sonic the Hedgehog DLC transforms the game into a 3D runner that can be played with friends, with each player competing in a race to the finish while collecting as many “rings” as possible. I say “rings” because these are not, technically speaking, rings at all, but rather incredibly angular golden squares. But hey, that’s Minecraft for you.

Iconic Sonic enemies, including Dr. Robotnik, as well as characters like Shadow, Tails, Amy, and Knuckles all look to be featured in the DLC. Players will be speeding through Minecraft versions of well-known Sonic maps like Green Hill Zone and Chemical Plant Zone, complete with bounce pads and loop-de-loops.

A special Sonic 30th anniversary event server will be going live shortly, with The Hive hosting a two-week server hub takeover event where players can partake in various mini-games and other surprises.

The Minecraft crossover is just the latest celebration to come as part of Sonic’s 30th anniversary, with a recent Sega-hosted anniversary livestream announcing numerous new Sonic games would be coming soon, including Sonic Colors: Ultimate and a mysterious new 3D Sonic title. A sequel to the live-action Sonic film, aptly named Sonic the Hedgehog 2, is scheduled to release April 8, 2022.

Watch live streams, videos, and more from GameSpot’s summer event.
Check it out

Support for YouTube livestream, real-time translation and other features Google is adding to Meet for online schools

Google won’t let you sign in with very old…

Doctor Strange Uses the Darkhold to Fix the…