Miles Teller Responds To The Viral Love For His Top Gun: Maverick Mustache, Hilariously Reveals One Person Who Isn’t A Fan 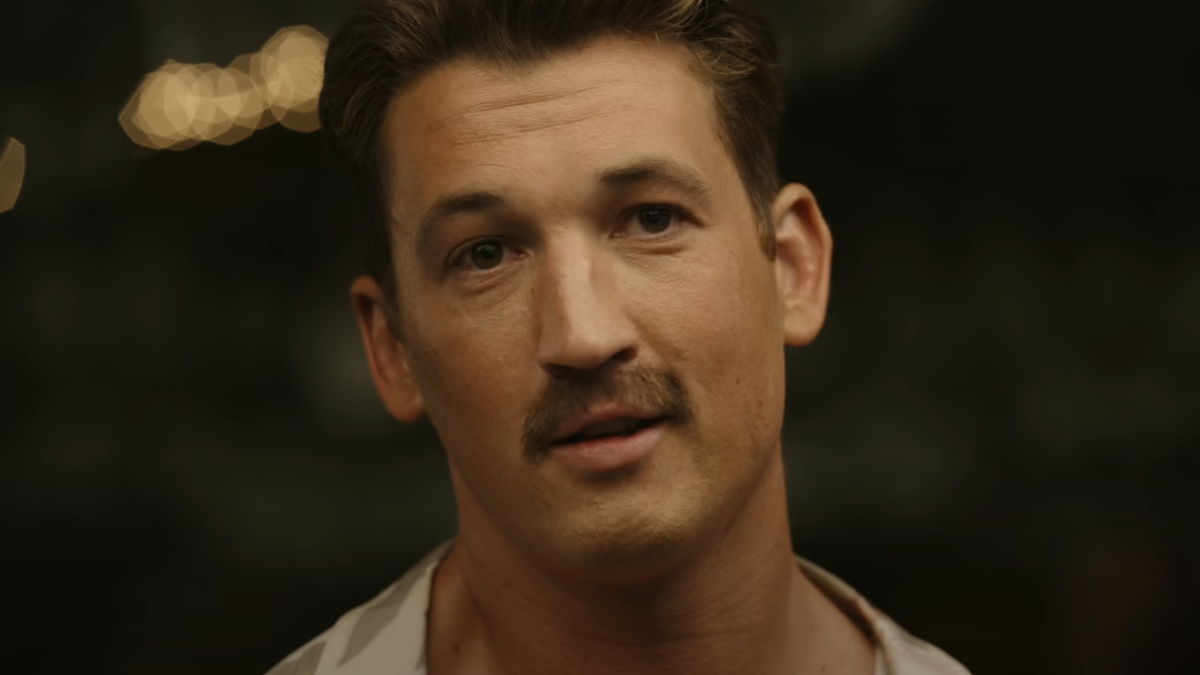 Tom Cruise may be the star of Top Gun: Maverick just like he was in the original Top Gun, but one of the sequel’s key supporting players is Miles Teller’s Bradley “Rooster” Bradshaw, the son of Pete “Maverick” Mitchell’s late RIO and best friend Nick “Goose” Bradshaw. Rooster is one the TOPGUN graduates who Maverick is tasked with training in the movie, and while he’s certainly not lacking in compelling characterization, let’s be real, Teller’s role has also gotten a lot of attention thanks to that glorious mustache. Teller has now responded to all the viral love his facial hair has received, as well as revealed one person who isn’t a fan of it.

Along with the mustache he grew for Top Gun: Maverick catching a lot of eyes, Miles Teller also rocked a mullet for the recently released Netflix movie Spiderhead, where he stars opposite Chris Hemsworth. Here’s what Teller told ET about the popularity of these respective looks:

Indeed they will, though to be fair, we’ve been waiting a lot longer to witness the full power of Miles Teller in his mustachioed form. Ok, exaggeration aside, we caught our first official look of Teller’s facial hair when the first Top Gun: Maverick trailer dropped back in summer 2019. At the time, the sequel was supposed to fly into theaters in June 2020, and by January of that year, Teller’s Rooster scored his own Maverick poster. However, just a few months later, the COVID pandemic led to movie theaters shutting down, and long story short, Maverick’s wide release was pushed back almost two years.

Top Gun: Maverick finally hit theaters towards the end of May, so better late than never to finally see the full scope of what the mustachioed Miles Teller brings to the table, I suppose. Rooster having a mustache certainly makes sense from a character perspective, as his dad had one when he and Maverick were palling around. That being said, Miles mentioned that his wife, Keleigh Sperry, is apparently not among the people enamored with the facial hair, with the actor saying:

It’s ironic that Keleigh Sperry doesn’t care for the mustache considering she’s helped boost its popularity through the TikTok videos she’s shot of her husband dancing and goofing around. Miles Teller’s fandom on TikTok has become so big that the following has been dubbed #TellerTok, and while the actor is “in the dark” about this aspect of his fame, he said his wife is “just having fun with it.” (On a similar note, his shirtless dance in Top Gun: Maverick has become a viral gif.) I imagine the mustache’s popularity will get a second steam once Maverick is available to watch with a Paramount+ subscription.

In addition to being critically acclaimed, with CinemaBlend’s own Eric Eisenberg among its many supporters, Top Gun: Maverick is also still killing it at the box office, most recently becoming the third movie to cross $900 million during the pandemic era. Keep checking back with CinemaBlend for more Maverick coverage and updates on Miles Teller’s career… and facial hair.