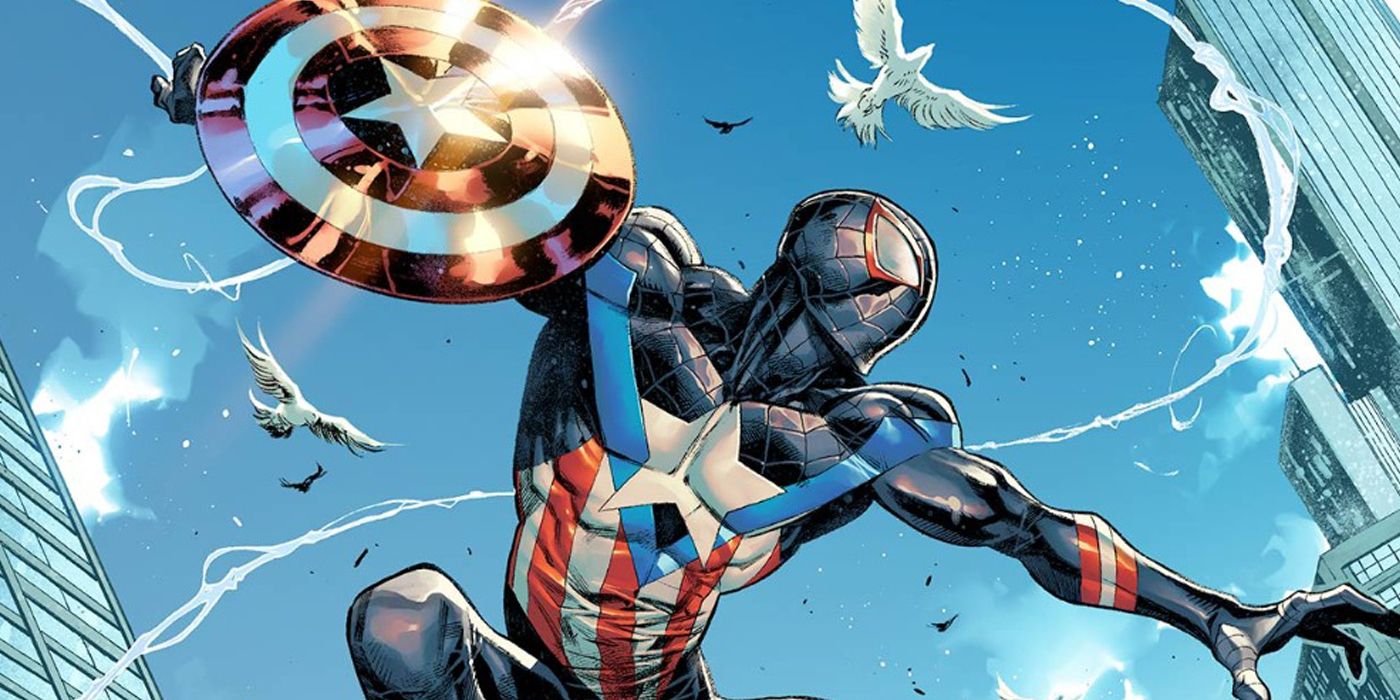 Miles Morales’ Spider-Man shines in a new Captain America-inspired costume that has a Puerto Rican twist honoring his heritage.

Warning! Spoilers for Miles Morales: Spider-Man #28 by Marvel Comics below.

Marvel’s Spider-Man is getting a Captain America-esque upgrade. In a stunning new cover by Iban Coello and Alejandro Sanchez, Mile Morales sports a new costume that’s reminiscent of Captain America but also has influences from Miles’ own Puerto Rican heritage. It’s not clear whether Spider-Man will wear the new costume in the upcoming issue of Miles Morales: Spider-Man #28, but even if it’s just a cover appearance, it’s a must-see image.

In his current Miles Morales: Spider-Man series at Marvel Comics, Miles has had a seriously unfortunate string of unfortunate events befall him. He was captured and tortured by a new villain called the Assessor, who experimented on him in horrible ways, leading to him taking a short break as Spider-Man. If that wasn’t traumatizing enough, Miles is currently dealing with his own Clone Saga, where a trio of copies emerged and revealed the Assessor’s experiments on Miles led to their creation. To top it off, one of those clones has stolen his little sister Billie.

Spider-Man’s new Clone Saga will wrap up in the upcoming Miles Morales: Spider-Man #28 by Saladin Ahmed and Carmen Nunez Carnero. In a new variant cover released by artist Iban Coello, Spider-Man becomes his own version of Captain America. In the beautiful cover art, Miles has a Puerto Rican flag on his chest (Miles is half Puerto Rican) as well as stripe details on his limbs. To top it off, Spider-Man is holding Captain America’s shield, which shines against the sun as Miles swings by a group of birds in the air. The colors from Sanchez are striking and fabulous.

There remains one important question: Is this web-slinger Miles Morales? Or is it the evil clone Selim taking his form and constructing his own new costume and shield? It’s not a stretch to imagine Spider-Man’s most troublesome clone would create his own new look. Although, maybe Miles is donning the costume to avoid being mistaken for one of his three copies. Check out the solicit for Miles Morales: Spider-Man #28 below:

THE CLONE SAGA REACHES ITS CATACLYSMIC CONCLUSION!•  Selim was cloned and raised to be the perfect super-soldier for hire. Miles has trouble just getting to class on time.•  Selim’s scruples are also vastly different than Miles’… so Miles’ family is in horrific danger.•  YOU DO NOT WANT TO MISS THE MOST HEART-WRENCHING COMIC OF THE YEAR!

No matter which version of Miles Morales gets the Captain America-inspired suit and shield, there’s no denying the design by Coello and Sanchez is an absolute home run. It’s one of the best variant covers Marvel Comics has done this year and is a must-purchase for comic collectors, especially Spider-Man fans. Miles Morales: Spider-Man #28 is in comic book stores later this week.

The Best Studio Ghibli Movies And How To Start Watching Them

What If…? Releases After Loki To Show Possibilities of the Multiverse

Microsoft is ignoring your complaints as its…

Tayshia Adams Says She Isn’t In A Rush To…

The Best Studio Ghibli Movies And How To Start…