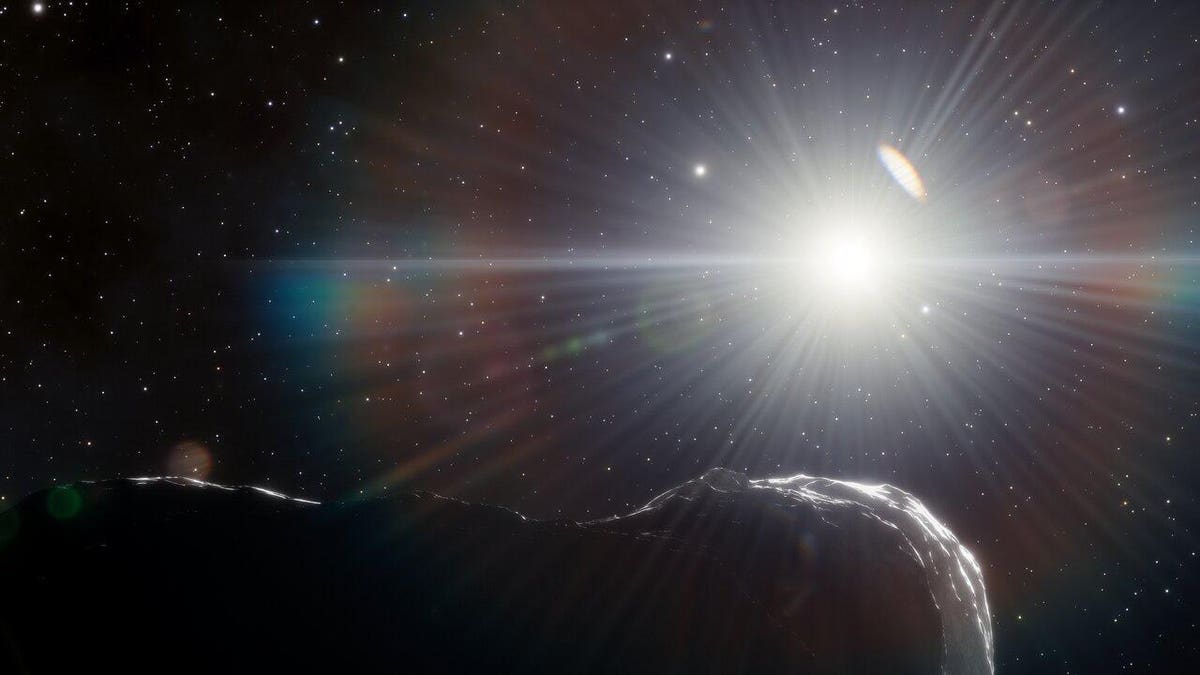 An asteroid reckoned to be a mile/1.5 kilometers wide has been found in the Sun’s glare—and it has an orbit that may someday place it in Earth’s path.

Its size makes it big enough to be called a “planet killer.”

Asteroid 2022 AP7 is the largest “potentially hazardous” object to be discovered in the last eight years. It was found by astronomers using a telescope in Chile to study the region near the glare of the Sun.

This near-Earth asteroid is part of an elusive population that lurks inside the orbits of Earth and Venus, which are notoriously difficult to find. While most asteroid-hunting telescopes spend the night looking at the outer solar system, studying the inner solar system requires observations only in the 10 minutes of twilight both after sunset and before sunrise.

MORE FROM FORBESMercury Is No Longer The Closest Astronomical Body To The Sun: Scientists Just Discovered Our Star’s New Nearest NeighborBy Jamie Carter

2022 AP7 is only one of three new near-Earth asteroids (NEAs) uncovered in the inner Solar System—the region interior to the orbits of Earth and Venus—in a new paper published today in The Astronomical Journal.

2022 AP7 isn’t the only “planet killer” asteroid found by the survey. “Our twilight survey is scouring the area within the orbits of Earth and Venus for asteroids,” said Scott S. Sheppard, an astronomer at the Earth and Planets Laboratory of the Carnegie Institution for Science and the lead author. “So far we have found two large near-Earth asteroids that are about 1 kilometer across, a size that we call planet-killers.”

As well as only having two brief 10-minute windows each night to survey the area of the Sun’s glare the astronomers have to look very close to the horizon, which means looking through the thickest part of Earth’s atmosphere. That can blur and distort their data. “Large areas of sky are required because the inner asteroids are rare, and deep images are needed because asteroids are faint and you are fighting the bright twilight sky near the Sun as well as the distorting effect of Earth’s atmosphere,” said Sheppard.

Only about 25 asteroids with orbits completely within Earth’s orbit have been discovered to date because of the difficulty of observing near the glare of the Sun.

However, the search continues because the survey is tantalisingly close to completion. “There are likely only a few near-Earth asteroids with similar sizes left to find, and these large undiscovered asteroids likely have orbits that keep them interior to the orbits of Earth and Venus most of the time,” said Sheppard.

The observations were made using the US Department of Energy-fabricated Dark Energy Camera (DECam) on the Víctor M. Blanco 4-meter Telescope at NOIRLab’s Cerro Tololo Inter-American Observatory in Chile. “DECam can cover large areas of sky to depths not achievable on smaller telescopes, allowing us to go deeper, cover more sky, and probe the inner Solar System in ways never done before,” said Sheppard.

Denial of responsibility! TechCodex is an automatic aggregator of the all world’s media. In each content, the hyperlink to the primary source is specified. All trademarks belong to their rightful owners, all materials to their authors. If you are the owner of the content and do not want us to publish your materials, please contact us by email – [email protected]. The content will be deleted within 24 hours.
2021 LJ42021 PH272022 AP7asteroidAsteroidsDECamnear-Earth asteroidsNEAs
0
Share