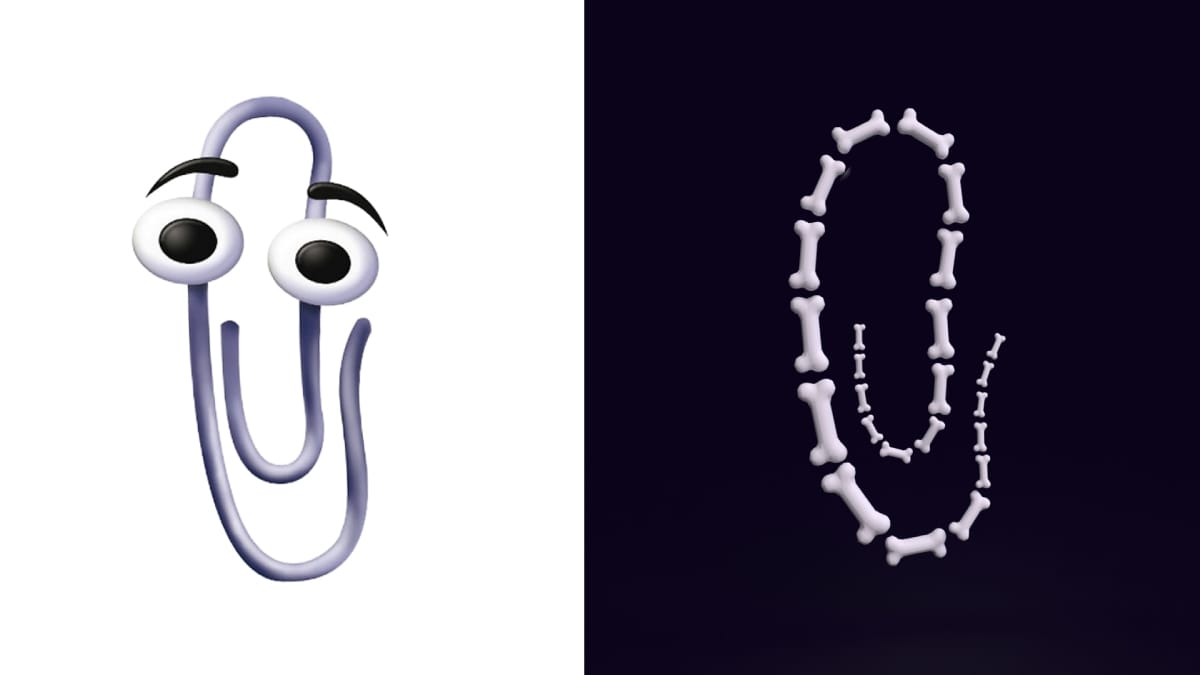 Halloween is still far away, set to be celebrated on October 31. However, starting October 1, the Internet has been flooded with Halloween-inspired memes where a personality (could be a real-life person or can also be a fictional object like Microsoft’s iconic Office assistant Clippy) is shown normally on the left with September 30 at the top, and a spooky version of the same is shown on the right under October 1. This simply shows that users can’t wait to put on their Halloween costumes and decorations just as soon as October begins. Microsoft on October 2 tried their hand in the popular meme, sharing a photo of the regular Clippy alongside a spookier skeleton-inspired getup of the much loved and sometimes annoying assistant.

Microsoft had previously suggested that it could bring the mischievous Clippy back. At the time, it did not announce when it plans to do so. The latest tweet on the matter could also suggest that Clippy may never be resurrected. However, there’s no confirmation from the tech giant yet.

The post has got some interesting reactions from Twitter users. A user (@mileswilschut) asked Microsoft to consider allowing a “limited edition Clippy for this month.”

Pls make that a limited edition clippy for this month plssss!!!!

Another user (@PycraftDev) said Clippy was expected to be back with Windows 11, which will be available starting October 5.

Noooo, not the end of clippy… I was hoping for a return in windows 11 🙂

A third user (@roshandixit) wondered whether the company was thinking of entering the rising NFT space with the skeleton image.

Check out some more reactions from users who either miss it or hate Clippy:

Officially named Clippit, it first appeared in Office 97 as a digital assistant. But it was eventually removed from Office XP in 2001. Clippy was designed by illustrator Kevan Atteberry.

Clippy had returned a few years ago when some Microsoft employees briefly turned it into a set of animated stickers in Teams. But the efforts were shut down later.

Denial of responsibility! TechCodex is an automatic aggregator of the all world’s media. In each content, the hyperlink to the primary source is specified. All trademarks belong to their rightful owners, all materials to their authors. If you are the owner of the content and do not want us to publish your materials, please contact us by email – [email protected]. The content will be deleted within 24 hours.
clippyHalloweenmicrosoft clippy halloween meme twitter september 30 october 1 tweet reactions microsoftMS Officetwitter
0
Share