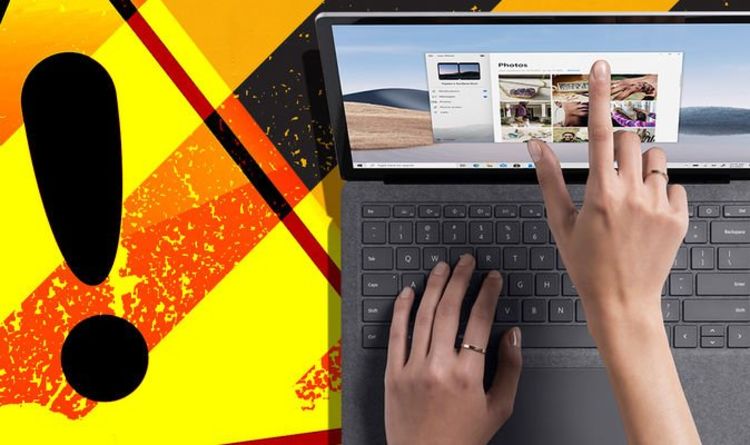 Microsoft is warning users of its popular Windows operating systems to be on the lookout for increasingly sophisticated scams that could end up being costly. The Redmond firm says it continues to be advised of a growing number of attacks that try and trick users into handing over personal data and credit card details via fake tech support alerts. These scams aren’t anything new but Microsoft is warning its customers about the latest techniques that cyber criminals are adopting in a bid to cash in on unsuspecting PC owners.

In the past, crooks would simply cold-call consumers in the hope they would be duped but as more people wised up to this tactic they have had to try something much more advanced.

The latest trick adopted by scammers uses a pop-up window that suddenly appears on computer screens. The terrifying message suggests that the PC has been compromised with a tech support number listed that directs users to a fake call centre.

Once called, the user will be asked to pay for help that they don’t actually need.

“We also see scammers using email, search engine optimization (SEO) and social engineering tactics to lure victims. These tactics have served to expand an enterprise model that is easily replicable, with perpetrators sharing resources, including referrals to call centers, leads and payment processors.”

READ MORE: iPad Mini may finally get the speed and design upgrades Apple fans have been waiting for

Microsoft says it receives around 6,500 complaints from people who’ve been victims of tech support scams. That may sound a lot but it’s actually down from 13,000 reports in an average month in prior years.

The firm’s research suggests that three out of five consumers have encountered a tech support scam in the last 12 months.

Sadly, around one out of six consumers who are contacted via criminals are tricked into continuing with the scam, often leading to victims losing hundreds of dollars to the fraudsters.

Microsoft has now released vital information on how to beat the scams and it’s vital all users take note.

HERE’S HOW TO AVOID BEING TARGETED BY SCAMS

• Microsoft does not send unsolicited email messages or make unsolicited phone calls to request personal or financial information, or to provide technical support to fix your computer. Any communication with Microsoft has to be initiated by you.

• If a pop-up or error message appears with a phone number, don’t call the number. Error and warning messages from Microsoft never include a phone number.

• Download software only from official Microsoft partner websites or the Microsoft Store. Be wary of downloading software from third-party sites, as some of them might have been modified without the author’s knowledge to bundle malware and other threats.

• Microsoft technical support will never ask that you pay for support in the form of cryptocurrency, like Bitcoin, or gift cards.

WhatsApp just made a change to calls on iPhone, but Android misses out

Deduce As A Young Detective In Sherlock Holmes:…