Microdosing, And The Gentrification Of Psychedelic Culture. A Conversation With Sociologist Dimitrios Liokaftos 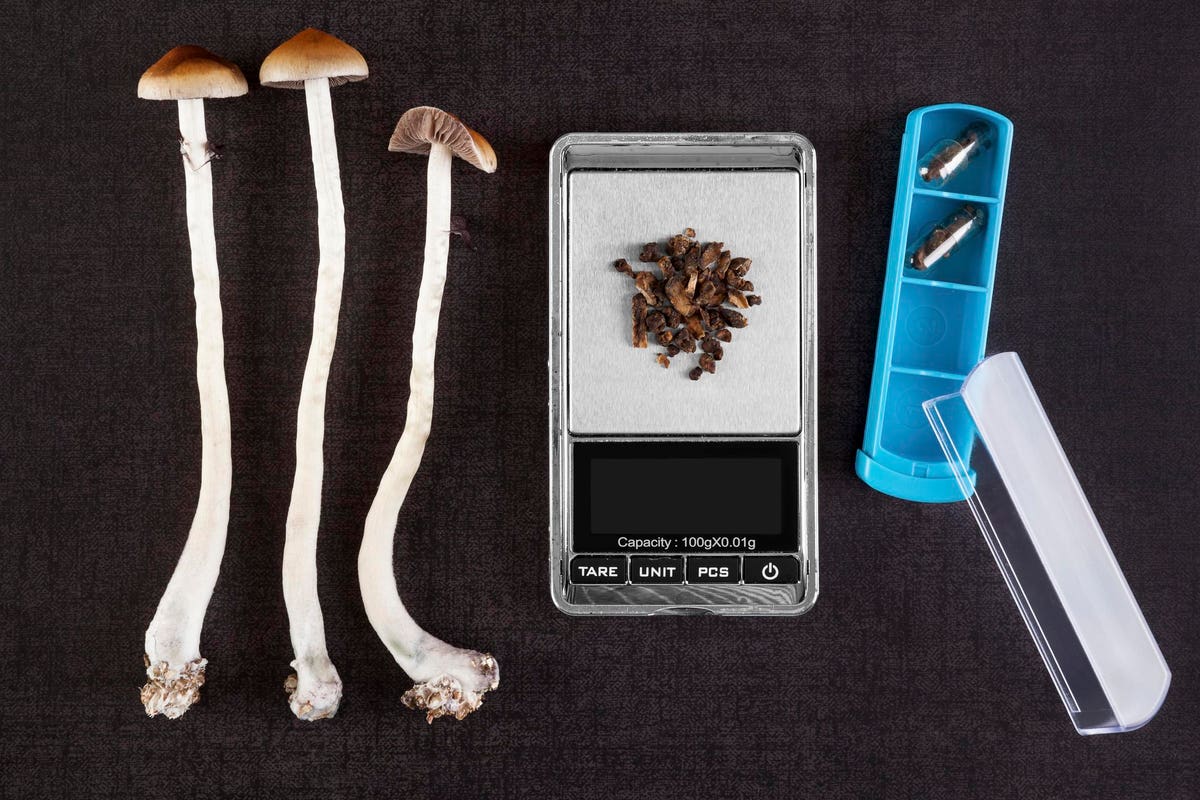 Psychedelic use is no longer a relatively small, counterculture phenomenon. Indeed, by microdosing, tech workers and many career strivers seem to be infusing psychedelics into the brave, new, somewhat middle class and much larger world of social and professional ladder climbing.

Microdosing is defined as the regular use of a psychedelic drug (a/k/a hallucinogen) at amounts so tiny as to be impossible to consciously perceive. This generally translates into 1/10 – 1/20 of a recreational dose. Many enthusiasts swear by microdosing’s positive effect on mood, insight, and creativity. Studies that rely on self-reporting have tended to bolster such anecdotal claims, but other evidence suggests that the effects of microdosing are illusory. For example, in one double-blind study, microdosing improved users’ mood, energy, and creativity — but so did the placebo.

A 2019 article published in the peer-reviewed journal Pharmacology described the type of person who microdoses. As spelled out in “Microdosing Psychedelics: Personality, Mental Health and Creativity Differences in Microdosers,” researchers from several Toronto institutions gave psychological questionnaires and a task of creativity to roughly 900 adults. Of these participants 29% were microdosing, 37% had microdosed in the past but had since stopped (former microdosers), 30% were interested in microdosing but had no prior experience, and a shockingly tiny 4% had no prior experience and reported not being interested in microdosing. From the questionnaires and the performance on the creativity task, the researchers concluded that, on average, microdosers had lower negative emotionality, higher wisdom and open-mindedness, higher creativity, and more positively charged emotions.

If the sheer volume of press is any measure, interest in microdosing is surging, and getting a leg up in one’s career seems to be a major motivator.

Popular psychedelics being microdosed include LSD (lysergic acid diethylamide), magic mushrooms (containing the active ingredient psilocybin), and DMT, also known as“Dimitri” (which is found in ayahuasca tea). The amphetamine known as ecstasy (MDMA,“molly,” and “E”), which also has psychedelic effects, can be microdosed.

An Interview with Dimitrios Liokaftos

Dimitrios Liokaftos is a Wellcome Trust Research Fellow at the Public Health Institute, Liverpool John Moores University in the UK. In a recent commentary published in the International Journal of Drug Policy, he placed microdosing in context as an emerging and controversial facet of human enhancement through drugs.

For Forbes.com, Rebecca Coffey met on Zoom with Liokaftos to discuss the culture and sociological implications of microdosing. The interview has been edited for length and clarity, and Liokaftos has suggested links as appropriate.

Rebecca Coffey: In your International Journal of Drug Policy article, you mentioned that research shows microdosing tends to be aligned with middle-class or neoliberal values. Can you tell me more about what you mean by that?

Dimitrios Liokaftos: Back in the 1960s and 70s, the typical recreational psychedelics user used full doses and might have been trying for a loss of control and a melting away of the self. Today, people who microdose do so as a means of heightening their control of themselves. Contrary to recreational use in the 60s and 70s that was perceived by many as chaotic, ecstatic and risky, microdosing appears subtle, measured and rational. People seem to be seeking an elusive, very fine experience. There’s nothing tumultuous about it.

RC: When you say that microdosing is “elusive,” do you mean that this way of using psychedelic drugs has no real effect?

DL: That’s still a subject of investigation. Even though recent research suggests the entire effect may be placebo-generated, microdosers usually attest to a subtle effect that helps them achieve their work, emotional and creative goals. I see many parallels between bodybuilding and microdosing here. Bodybuilders, like microdosers, set very clear goals for themselves. In terms of their recent cultural past, both bodybuilding and psychedelics seem to share a relatively common root. The crazes started in the 60s and 70s. Especially in the United States, they intersected with the human potential movement [in which people sought to unleash their untapped creativity and capabilities and then altruistically help others to do the same]. In a way, they were both an exploration of what it means to be human. The people within those cultures were testing the boundaries of human possibility.

DL: Of course, from another perspective, bodybuilding culture and psychedelic culture back in the 60s and 70s were almost the exact opposite of each other. Bodybuilding was very much about creating a very strong, solid, visible reflection of ego. Psychedelics users, on the other hand, were often trying to dissolve their egos and break down their defenses.

RC: In the 60s and 70s, the recreational doses of common psychedelics were much stronger than what a microdoser uses today. Can you talk about the implications of that?

DL: Like bodybuilding, microdosing seems to be about expanding and perfecting one’s capabilities. Both groups are sophisticated about how they go about doing that. Bodybuilders will tell you that they’re not just indiscriminately using drugs. They’re very precise about what steroids or other image- and performance-enhancing drugs they use for what purposes, about how they time and fine-tune their drug use, and about how they combat side effects. Microdosers will tell you that they don’t use very much drug. They often seem proud of how educated and particular they are about their use of psychedelics. Both groups of people would argue they know what they want to achieve and then they very instrumentally go about minimizing potential harms.

RC: And what about these groups in relation to people outside their cultures?

DL: In many ways, people inside these cultures share a view of the outside world as discriminating against them or relying on stereotypes. From their perspective, the lay public has a limited understanding and an abundance of disapproval about what they’re up to. Bodybuilders may assume people will generally look down on them or look with disdain on their “freaky” bodies. They may assume that people will consider what has been painstakingly built with a fine attention to detail and a doggedness about self-discipline to be the product of drugs and nothing more. So many bodybuilders who are using drugs keep their use secret.

RC: And are microdosers shy about revealing the source of what they believe is their heightened creativity or cognitive flexibility?

DL: Many are, depending on who it is they are talking to. However, norms here may be changing as psychedelics increasingly become more mainstream.

RC: As you said, with microdosing we still don’t know exactly how it works or even if it works, so it might be easy for stereotypes about drug users to cloud our view.

DL: As we all learn about microdosing, we may find that psychedelics in general can be approached as a tool for understanding the human brain and the concept of “self.” Studies with full-dosed psychedelics show that they can have lasting positive effects on mood and some people report life-transformative mystical experiences. This suggests that in some measure these substances can create a fundamental change in the perception of “self.” Investigating that will have implications not only for brain and neuroscience but also for psychology, philosophy, and sociology.

RC: Do you anticipate any dangerous political or sociological ramifications of microdosing? For example, considering that it’s reportedly often used in Silicon Valley and throughout the tech world, do you wonder about the creation of a neoliberal, ruling superclass?

DL: That’s a very interesting question. For the sake of argument, let’s say that the effect of microdosing turns out to be not all imagined or placebo-generated. Let’s say that more people want to use it to increase their performance at work and maybe their social standing. Immediately, I see questions similar to those I see associated with other kinds of human enhancement drugs. For example, will common use lead to an indirect pressure for people to use psychedelics just in order to keep up with colleagues at work and remain competitive in their professional fields? And then there’s the potential debate about who gets access to what kinds of drugs. Psychedelics are internationally still highly controlled substances. Who will be able to find them and take them? Who will be able to afford to risk the legal penalties or social ramifications? We could expect people with better connections, more money and better education to have an advantage. This means that, in a sense, by using tiny doses of psychedelics in hopes of improving themselves, today’s microdosers may be shaping a new playing field for tomorrow. And right now there is also the question of safety. Because aside from enrolling in a few very tightly controlled studies, most microdosers will be sourcing their psychedelics on the black market. These aren’t necessarily good-quality drugs. No one can be 100% sure with black market drugs what it is that they’re consuming. In this sense people are taking on real health risks.

RC: What you’re describing here is a new rat race, not an enhancement of the human experience. Is anybody using the word “transhumanism” — by which I mean the development of science fiction-like technologies that could improve health, extend life spans, smooth out emotions, and perfect artistic abilities and cognitive capacity?

D: Transhumanism seems to be mostly about technological enhancements, while most psychedelics are naturally occurring substances. For example, you can just go out in a forest where psychedelic mushrooms grow and pick up some yourself. You don’t need to wait for technologies of the future to arrive. But the underlying logic is not dissimilar. Both transhumanism and the use of existing human enhancement drugs are about pushing the boundaries of what it means to be human. Microdosing has a bit of an avant-garde mystique around it, as though it is leading the way towards a new era for humanity. In the 60s, some psychedelics users hoped to change an unjust world in a radical way. Today, people microdose to perfect themselves and meet the demands of what is still an unjust world. That’s an enormous shift in perspective and intention.

RC: I want to thank you for your insight. It’s been invaluable to learn about the inroads that psychedelics are making into our society and the ways in psychedelic use today is vastly different from the psychedelic use of yesterday. I, for one, will be fascinated to watch the degree to which microdosing creates a gentrification of psychedelics, with the influx of affluent and ambitious people into a “neighborhood” of drug use that was once defined by its “inhabitants’” rejection of affluence and ambition.

Denial of responsibility! TechCodex is an automatic aggregator of the all world’s media. In each content, the hyperlink to the primary source is specified. All trademarks belong to their rightful owners, all materials to their authors. If you are the owner of the content and do not want us to publish your materials, please contact us by email – [email protected]. The content will be deleted within 24 hours.
Dimitrios LiokaftosHallucinogenhuman enhancement drugsLSDmagic mushroomsMDMAmicrodosingpsilocybin
0
Share

Another id Software game has been rated

A carrier may have injected ads into Google’s 2FA texts, and that’s just silly