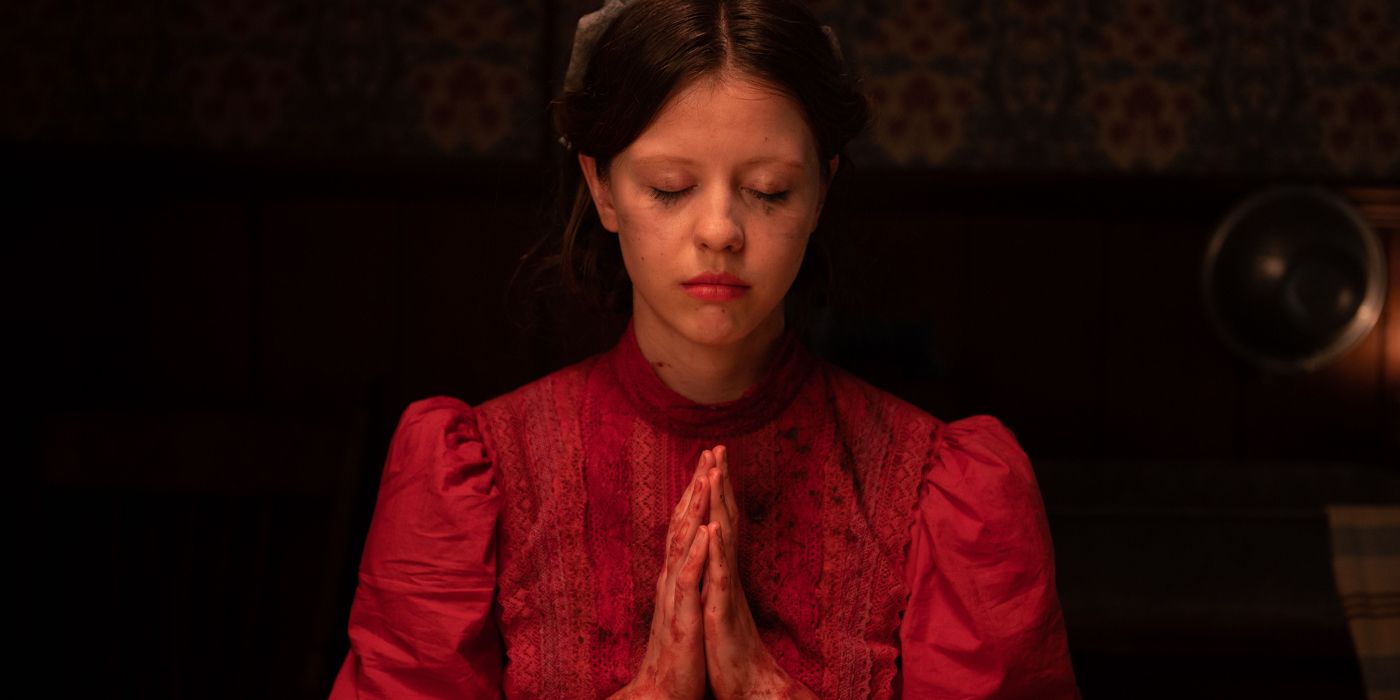 When Ti West’s X premiered back in March, newfound fans of the filmmaker’s project were surprised by another project it had secretly spawned: Pearl, a prequel to the slasher story which stars one of the key characters in X, was filmed in secret while West himself and Pearl leading lady Mia Goth mapped out what led the mysterious character become what we witness in X. In the heels of a poster released yesterday, A24 unveiled today a trailer that showcases what we can expect from the upcoming horror movie.

Well, if you’ve seen X, then you know exactly what to expect from a movie centered around Pearl (Goth). The story is set in the early 20th century, and it centers around Pearl’s younger years, when she was trying to make it as an artist. At the same time, Pearl is also developing her… more creative skills when it comes to dealing with people she doesn’t want around.

One thing that the Pearl trailer makes clear is that we can expect the same level of gory imagery and cruel endings to characters that we’ve seen in X – except this time it seems like most of them will happen in the light of day. So yes, we’ll see it all. Pearl also provides room for Goth to have fun with the character that obviously has a lot more energy and can do a lot more damage than she did in the original slasher movie.

RELATED: What Is ‘Pearl’? The Prequel to Ti West’s ‘X’ Explained

In an interview to IndieWire earlier this year, West revealed that the idea of a prequel surprised even himself, but that the timing was right due to a bunch of circumstances: They filmed in New Zealand at the height of COVID waves, and a crew from Avatar: The Way of Water was available to help with getting the project off the ground:

“I’m trying to build a world out of all this, like people do these days. You can’t make a slasher movie without a bunch of sequels. […] I came out of quarantine and I was like, ‘We’re already building all of this stuff, it’s COVID and we’re on the one place on Earth where it’s safe to make a movie. We have the whole crew from ‘Avatar 2’ who’s on break. We should make two movies. The miracle of A24 was that they thought this was actually a good idea.”

Fan-favorite production company A24 not only bought the idea, they doubled down on the bet: Aside from getting Pearl made immediately after production on X wrapped, A24 also greenlighted a direct sequel to X, which is currently in production. So, in 2022 we quickly went from a world without a new Ti West movie to one which bears three productions helmed by the acclaimed filmmaker. Should the slasher story follow in other classics’ footsteps, we could be looking at a new franchise with several more entries to premiere in years to come.

Pearl premieres in theaters on September 16, 2022. You can watch the trailer below: