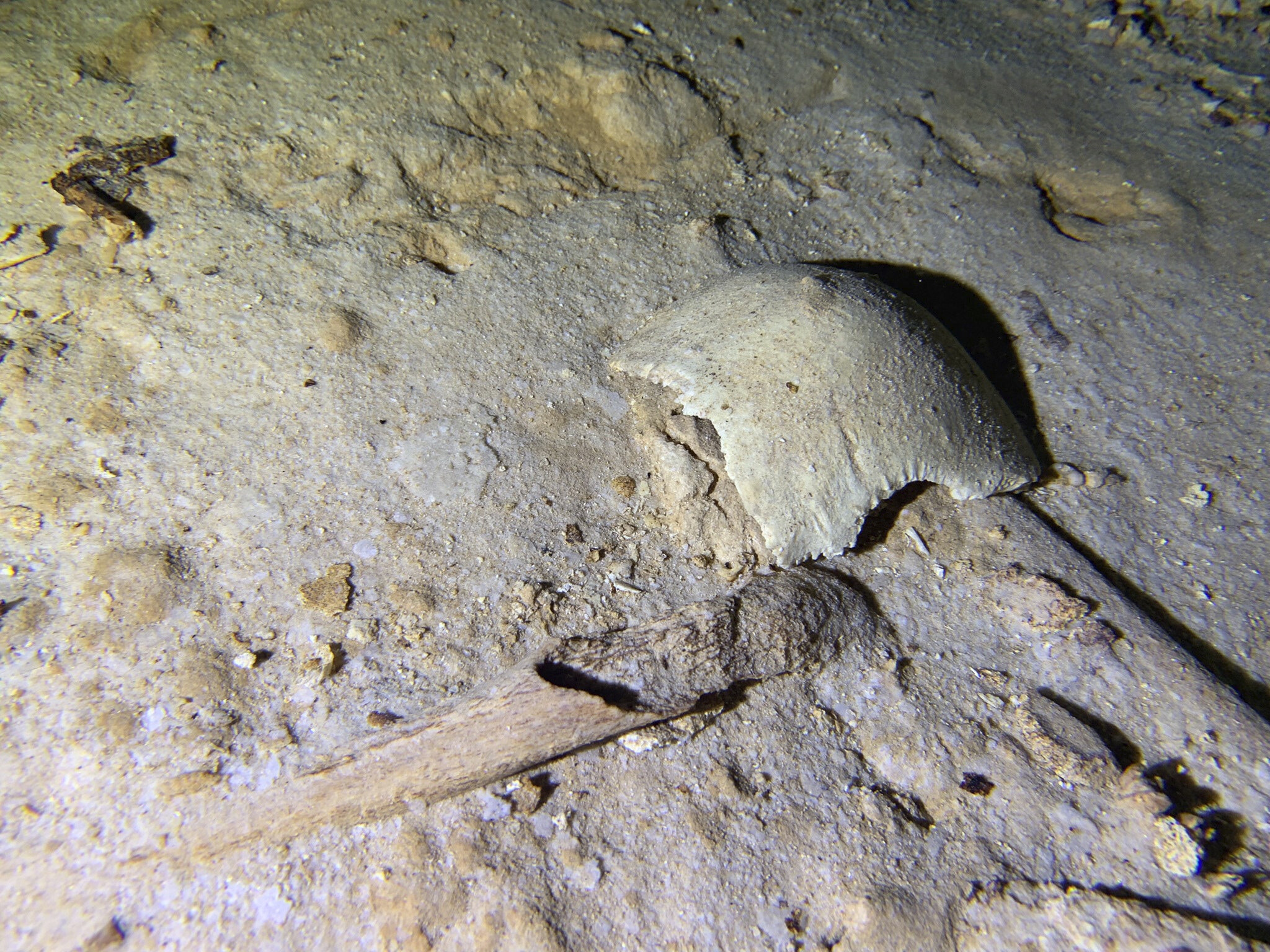 Mexico’s National Institute of Anthropology and History said Thursday that a prehistoric human skeleton found recently in a flooded cave system along the country’s Caribbean coast was actually registered by the institute in 2019 and would not be threatened by a nearby tourist train project.

Earlier this week, archaeologist Octavio del Rio said he and fellow diver Peter Broger saw the shattered skull and skeleton partly covered by sediment in a cave. They reported it to the institute, which had not publicly spoken of the find until its statement Thursday.

“The referenced skeleton corresponds to a 2019 discovery and is fully registered and identified as part of the Holocene Archaeology program,” the institute said. It added that scientific analysis had still not been carried out on the remains, but that it was 400 yards (meters) from the path of the government’s Maya Train project and was not threatened.

Del Rio, who has worked with the institute in the past but who is not currently affiliated, said Thursday the fact that the discovery was made in 2019, but still had not been analyzed, illustrated how long it takes to explore and investigate the extensive cave systems in the train’s path.

“This proves the area’s archaeological potential for investigation of the first settlers of America, and what there still is to discover,” Del Rio said.

He had said the skeleton was about 8 meters (26 feet) underwater, about a half-kilometer (a third of a mile) into the cave system.

Given the distance from the cave entrance, the skeleton couldn’t have gotten there without modern diving equipment, so it must be over 8,000 years old, Del Rio had earlier said, referring to the era when rising sea levels flooded the caves.

Some of the oldest human remains in North America have been discovered in the sinkhole caves known as “cenotes” on Mexico’s Caribbean coast, and experts say some of those caves are threatened by the Mexican government’s Maya Train tourism project.

Del Rio feared that even if the train did not pass directly over the site, its construction could damage or contaminate the cave system.

President Andrés Manuel López Obrador is racing to finish his Maya Train project in the remaining two years of his term over the objections of environmentalists, cave divers and archaeologists. They say his haste will allow little time to study the ancient remains.

Activists say the heavy, high-speed rail project will fragment the coastal jungle and will run often above the fragile limestone caves, which—because they are flooded, twisty and often incredibly narrow—can take decades to explore.

Caves along part of the coast already have been damaged by construction above them, with cement pilings used to support the weight above.

The 950-mile (1,500-kilometer) Maya Train line is meant to run in a rough loop around the Yucatan Peninsula, connecting beach resorts and archaeological sites.

iPhone 14 Satellite Connectivity Feature May Launch Outside the US, Canada This Year: Report