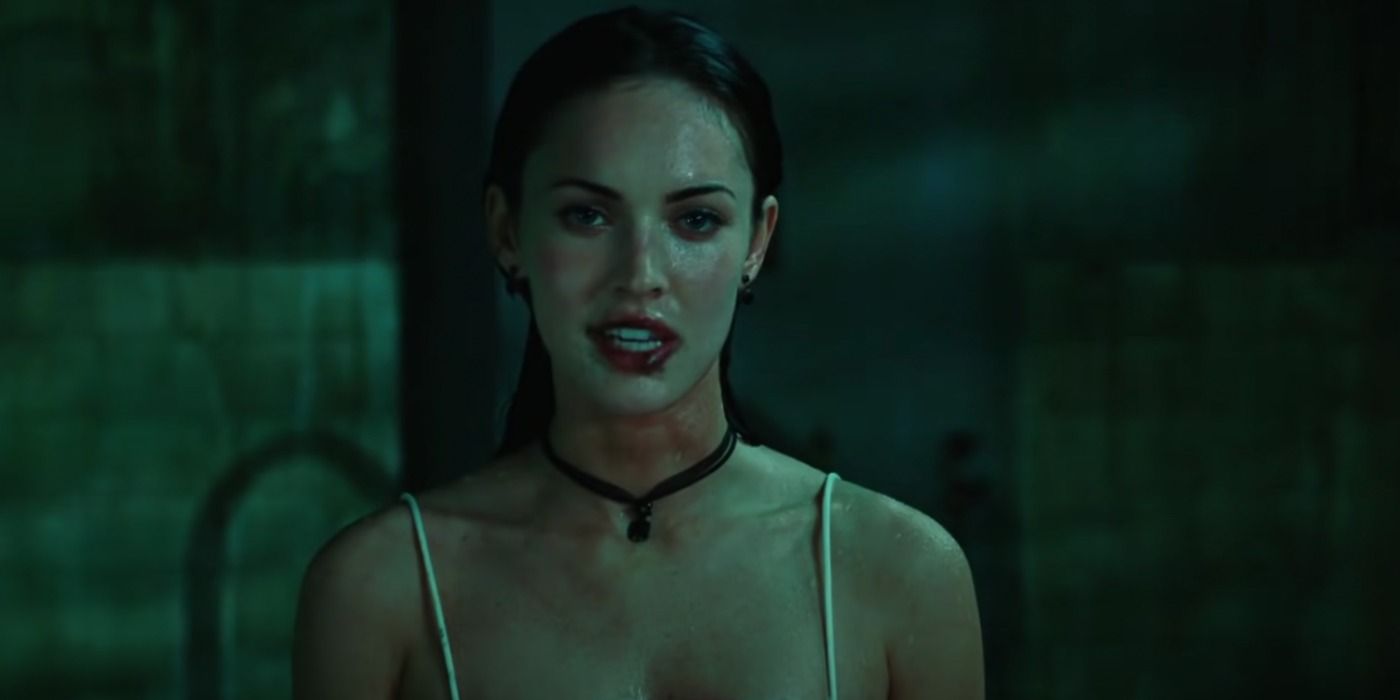 Two TikTok users who are nearly exact lookalikes to Megan Fox and Amanda Seyfried recreated an iconic scene from 2009’s Jennifer’s Body. The horror-comedy has gone from box-office bomb to cult classic over the decade it was released. While it wasn’t received well by critics at its release, people have gone on to appreciate the film for its witty humor and understated feminist themes. Additionally, Fox and Seyfried’s leading character portrayals have become iconic among cult horror fans over time.

Jennifer’s Body is about a high school it-girl Jennifer (played by Fox) and her co-dependent friendship with the quiet bookworm Needy (played by Seyfried). The unlikely pair attend an indie rock concert that has a sinister and unexpected ending — the band members attempt to perform a human sacrifice of Jennifer. However, for the ritual, the sacrifice must be a virgin — something Jennifer is not. So she’s reincarnated as a literal man-eating monster, with Needy being the only person who can stop her blood-thirsty rage.

Related: What Megan Fox Has Done Since Transformers

In a spot-on recreation, two TikTok users (via kyra.pollard) reenacted one of the film’s most memorable scenes. In a duet video, one user who is a dead-ringer for Fox and another who looks exactly like Seyfried reenact the pool scene while holding their computers, with the real Jennifer’s Body moment playing in the background. The pivotal scene begins with Jennifer tells Needy she’s not insecure.

“How could I ever be insecure I was the snowflake queen,” Jennifer says. Needy claps back, despite trying to protect her boyfriend Chip (played by Johnny Simmons) from being eaten alive. The once-shy girl finds her voice by clapping back and saying that was two years ago when Jennifer was “socially relevant.” The TikTok ends with Jennifer saying, “I am still socially relevant,” before she unleashes her rage on her lifelong friend. The two TikTokers perfectly lip-sync the lines to one another, good enough for an audition tape to star in a Jennifer’s Body sequel.

It’s clear that despite the critical and commercial failure that was Jennifer’s Body back in the late 2000s, the film has managed to stand the test of time. The cult status of the film, paired with Fox’s resurgence in the public eye at events like the MTV VMAs and the Met Gala, makes a TikTok like this all the more relevant. And another reason why 2021 is a perfect time to revisit Jennifer’s Body and see the missed potential for more to be done in the film’s franchise.

Next: Why Jennifer’s Body Is So Popular (10 Years After Release)

The Most Powerful Avengers 5 Lineup Possible (Based On Phase 4)

Alex Darus is a movie/TV news contributing writer at Screen Rant. She graduated from Ohio University with a degree in journalism before pursuing a career as a freelance entertainment writer. Her work appears in publications like Us Weekly, Alternative Press, Reality Tea, cleveland.com and more. Alex loves to watch documentaries, true-crime series, bad reality TV and anything that makes her cry when she’s not checking Oscar-nom films off of her watchlist. Outside of watching TV and writing, Alex spends her time reading books, rollerblading and cooking.