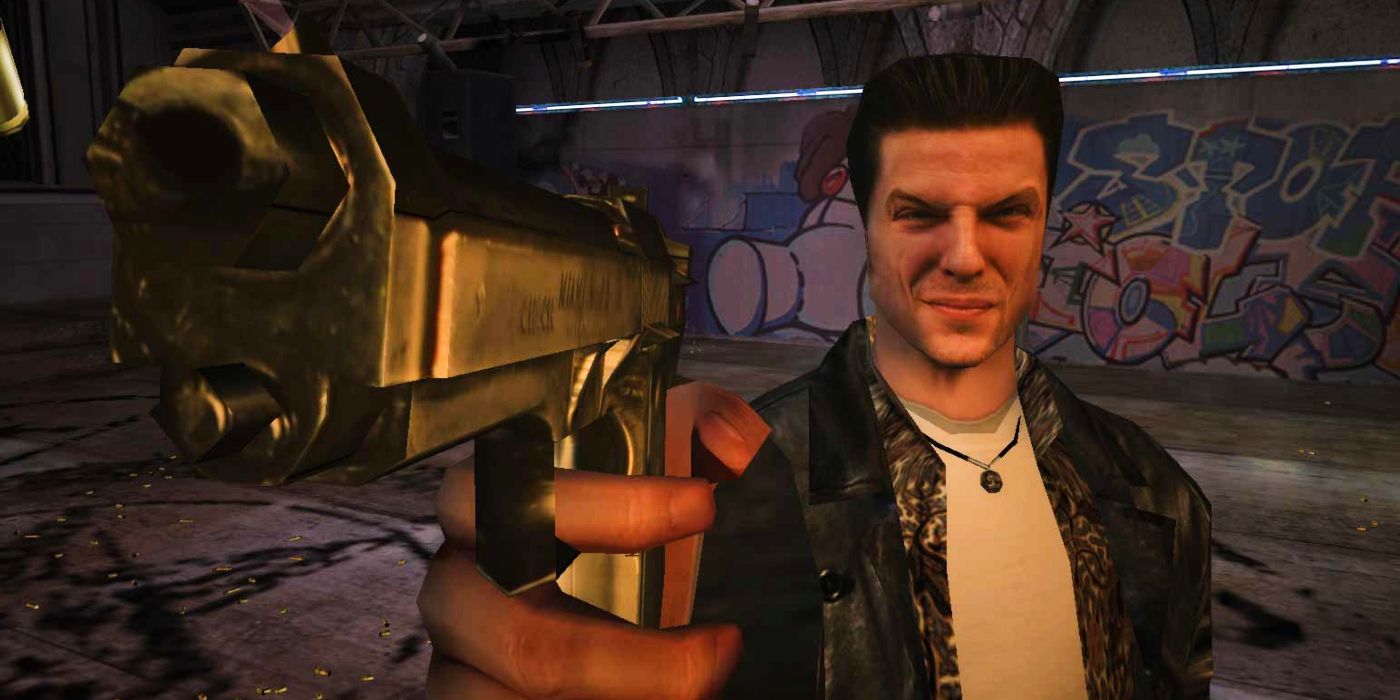 To celebrate 20 years since it first hit shelves, original Max Payne developer Remedy Entertainment uploaded an anniversary video featuring the game’s writer and character model, Sam Lake, rejoined by its voice actor, James McCaffrey. The third-person shooter’s dramatic dialogue and absorbing storyline helped make it a hit upon its release in 2001, and Max Payne spawned two sequels and even a movie.

The success of Max Payne‘s enduring titular character can likely be largely attributed to the collaboration between Lake, now Remedy’s creative director, and McCaffrey. The former worked as the game’s writer but also served as Max Payne‘s face model. While Lake was the mind behind Max Payne‘s over-the-top dialogue – such as, “After Y2K, the end of the world had become a cliché. But who was I to talk, a brooding underdog avenger alone against an empire of evil, out to right a grave injustice?” – it was McCaffrey’s deep, brooding voice that brought the character to life. McCaffrey continued to voice the character even after the Max Payne series’ intellectual property rights were bought by Rockstar Games, which went on to develop the most recent Max Payne installment, Max Payne 3.

In the anniversary video, Remedy treated fans to a heartfelt thank you from McCaffrey and Lake, both of whom took turns expressing their gratitude for those who have kept Max Payne‘s legacy alive. Lake mentioned fans still regularly reach out to say how important the games are to them, even after two decades. To properly thank the series’ devoted following, Lake explained he “went rummaging in the basement of Remedy HQ” and found Max Payne’s iconic leather jacket. As a token of his appreciation, Lake threw on the jacket and reappeared as the character he modeled, with McCaffrey aptly voicing a line about birthdays from the game’s script. McCaffrey then closed the video with, “Happy birthday, Max Payne.”

The last Max Payne game was released in 2012, and there are few signs the series will see a continuation anytime soon. Rumors claim Remedy Entertainment is working on a PlayStation exclusive, and it has its hands full making more games in the “Remedy Connected Universe” for its recent deal with Epic Games. More importantly, the Finnish studio no longer has a say in the future of the Max Payne series. Rockstar hasn’t indicated Max Payne will see any future installments either, and the developer is likely busy with upcoming projects like GTA 6, which has a rumored 2025 release.

With Max Payne‘s 20th anniversary, though, the game has a chance to come back into the public limelight. It’s possible this milestone could bring new attention to the series – and maybe encourage Rockstar or Remedy to take the reins on a future Max Payne game. With the recent EA Dead Space remake announcement, fans of Max Payne can potentially hold out hope that their beloved franchise is not over just yet.

Jane Shin Agler is a freelance Game News Editor at Screen Rant based in Chicago. She graduated from Oberlin College in 2020 and received her master’s of science in journalism from Northwestern University’s Medill School of Journalism in 2021. Ever since she played Age of Mythology and Pokémon FireRed as a child, she became smitten with games — and she cannot believe how lucky she is now to combine such a hobby with her job. You can find her on Twitter @jshinagler.

Some birds learn to recognize calls while still in…

Cryptocurrency Fraudster Gets Prison Sentence From…