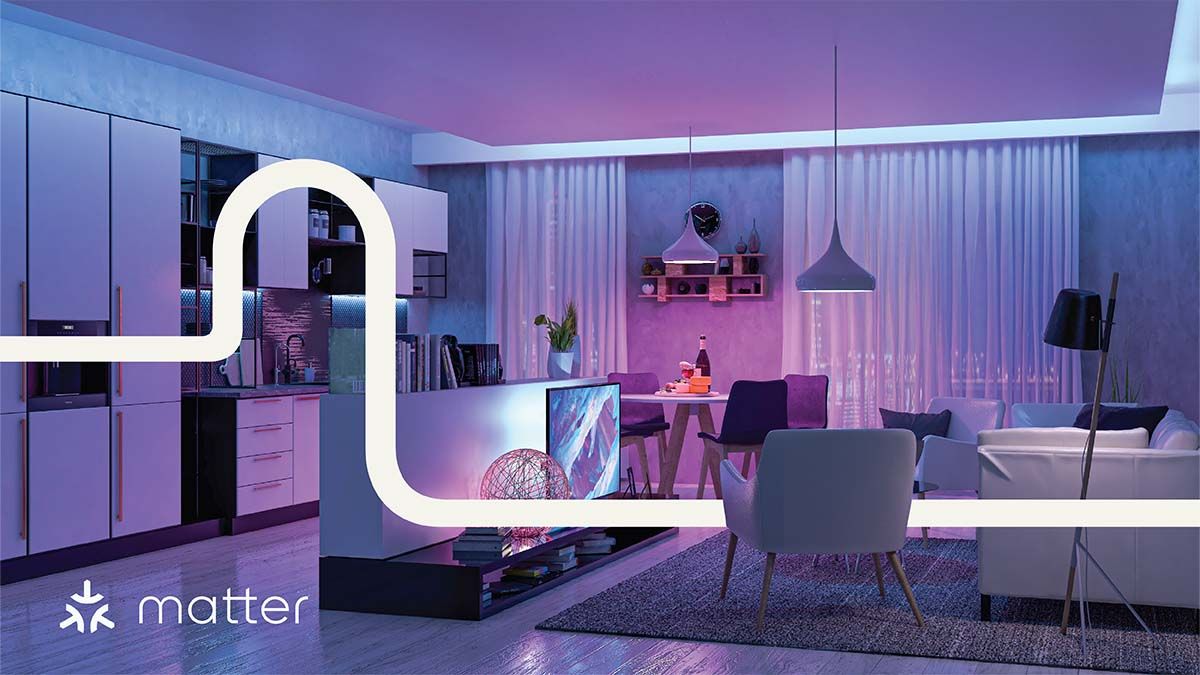 Matter 1.0 is here. After months of hearing about how this software standard will provide a massive benefit to our smart home, users can finally start to see it in action as it rolls out to new gadgets and old favorites.

Over 500 companies across the world have been working together under the Connectivity Standards Alliance to bring Matter to life. With the launch of Matter 1.0 and the start of the Matter certification program, it should now be much easier to find smart home tech that’ll benefit your day-to-day rather than cause you a bunch of headaches.

But what is Matter and how will it work? We’re here with the answers.

The promise of smart home tech is that your gadgets can interact with each other to make a system that is better than the sum of its parts. One example of an ideal world could see you unlock your front door’s smart lock after coming home from a long day of work and your Amazon Echo Dot (2020) smart speaker could instantly kick on your favorite tunes while a smart coffee machine brews you a relaxing beverage.

Unfortunately to achieve something like this you need to spend a lot of time researching if a device is compatible with the gadgets you already have – and if it isn’t there might not be an alternative that is.

That’s where Matter comes in. Rather than lots of smaller micro-ecosystems, Matter-supporting devices will all be able to interact as part of one big smart home setup. When buying a new Matter-compatible product you won’t need to worry if it will interact with your existing Google Assitant, Amazon Alexa, or Apple Homekit-powered setup, it should just be able to integrate seamlessly.

How will Matter work?

Using Matter shouldn’t change how you currently interact with your smart home setup. Once the update rolls out to your devices and their smartphone apps, you should be able to continue using everything as you do now, you’ll just have more options for the gadgets you can add to your home. The only thing to watch out for is that different brands aren’t integrating their products with Matter in the same way.

Some, such as Phillips Hue, will make nearly all of their existing devices (as well as new ones) Matter compatible. Like Phillips, companies will do this via a software update – which for the Hue Bridge will happen in “Q1, 2023,” or January, February, or March – which will then bring the devices into the fold of the new standard.

There may be a few hiccups here and there – Philips is having to abandon the Philips Hue Play HDMI sync box and the dial of the Philips Hue Tap Dial Switch for now, and some settings may be reset by the change – but for the most part, the transition over to Matter will be quick and painless.

Unfortunately, this total adoption of Matter won’t be possible for every existing smart home device. For some brands – like Amazon and Google – very old models will be left behind.

If you have the latest smart device like the new Echo Dot (5th gen), the Google Nets Hub Max, or the Echo Show 10 (among others) then those should get the Matter update. However, models that are older than a few years won’t necessarily offer the same support. In those instances, you’ll either have to upgrade your smart speakers or forgo the benefits that Matter will bring.

Further, even some fairly recent models won’t update to Matter, with support for the new standard only coming to newly released smart home gadgets from some brands. That’s the case with Nanoleaf’s smart lighting – only the new Matter-compatible additions to its Essentials line will adopt the Matter standard.

That said, even if your older gadgets don’t get the update, your existing smart home setup should continue to work as well as ever. So, unless you were planning to upgrade it already there shouldn’t be a need for you to rush out and replace everything right away.

If you are looking to buy some upgrades though – say you’re looking to take advantage of some of this year’s best Black Friday deals on smart home tech – then you’ll want to make sure what you’re buying does support Matter, otherwise, your new purchases could become outdated pretty quickly.

Twitter’s gaming lead amongst those laid off by Elon Musk