Mass Effect: How to Repair the Mako 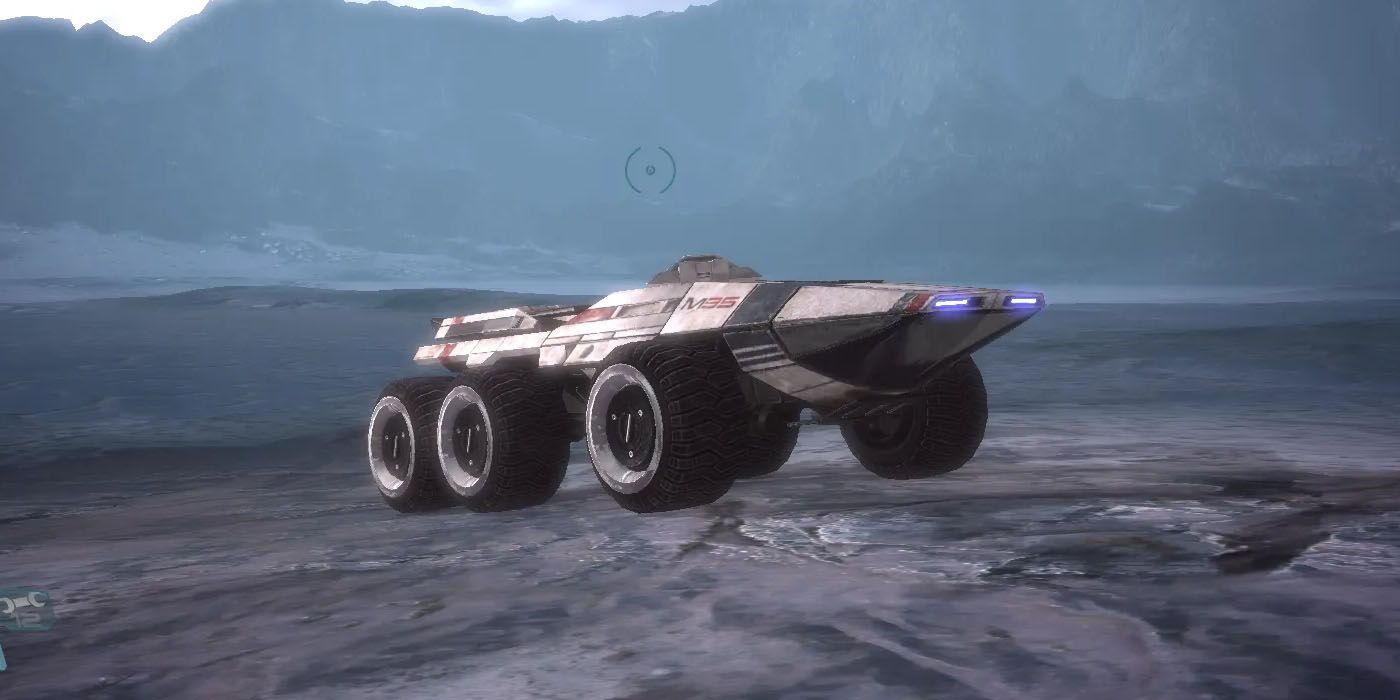 The Mako is likely to get damaged while exploring in Mass Effect. Players need a high Electronics ability score and Omni-gel to repair the hull.

The Mako is an iconic part of the first Mass Effect game, and despite its handling upgrades in Mass Effect Legendary Edition, it still tends to take a lot of damage while Shepard and their squad traverse the various planets in the Milky Way. In Mass Effect Legendary Edition, fighting from the Mako no longer costs players XP, making it a viable option when facing small threats like Geth and larger threats like Thresher Maws. Fighting from inside the Mako has many perks. The vehicle is equipped with a machine gun and large cannons that can quickly take out even the most formidable enemies. However, while Shepard and their team are inside, the Mako is prone to significant hull damage.

Related: Mass Effect Legendary Edition: How to Get More Experience (The Easy Way)

Players can repair the Mako in Mass Effect at the push of a button, but there are a few conditions that must be met to repair effectively. First, players must have enough Omni-gel for the repair. Then, they will want a higher Electronics skill score, either on Shepard or another squadmate, to ensure more of the hull gets repaired from a single deployment of Omni-gel. Upgrades in Mass Effect Legendary Edition now allow players to repair while driving the Mako, which can be beneficial when trying to get out of sticky situations. Here’s how to repair the Mako in Mass Effect Legendary Edition.

To repair the Mako in Mass Effect Legendary Edition, players need Omni-gel. One of the easiest ways to get Omni-gel is to break down unneeded equipment from Inventory. Basic early game equipment, duplicate low-level weapon mods, and armor and grenade upgrades make great sources of Omni-gel. Each repair usually takes 25 Omni-gel, so Shepard should be sure to stock up. The only other thing they can use Omni-gel for is bypassing crates and safes and instantly solving puzzles, so it is best to save as much as possible in case the Mako needs repairing in combat.

If the Mako takes too much fire in combat without being repaired, it can lead to a critical mission failure. Shepard and their squad can hop out of the Mako before this happens to prevent it from being destroyed. The Mako can be used as cover while they take out the enemies on foot. While outside the Mako, it can take near-infinite fire without needing to be repaired or causing a critical mission failure. Once Shepard and their team have cleared the enemies, players can convert some gear to Omni-gel, hop back in the vehicle, and make the necessary repairs to keep moving forward.

Unless players change their keybindings, the default button for repairing the Mako in Mass Effect is F on PC, Triangle on PlayStation, and Y on Xbox. Shepard and their squad must be inside the Mako to initiate repairs; these cannot be done from outside. Players can drive the Mako while it is being repaired, but they will not have access to either the machine gun or cannon for the duration of the repairs. For this reason, it is best to drive away from enemies and wait until the Mako is not taking fire to initiate repairs.

The Electronics skill score for Shepard and their team in Mass Effect dictates how much of the Mako’s hull gets repaired per 25 Omni-gel. Only the Engineer and Infiltrator character classes have immediate access to the Electronics skill. Tali also has this skill by default, and it can be unlocked on Sentinel Shepards, Garrus, and Liara. Having at least one squadmate with a higher score in this skill is a good idea, particularly in the early game when Shepard is less likely to have as much Omni-gel and needs to conserve it.

Next: The Best Side Missions You May Have Missed in Mass Effect Legendary Edition

Mass Effect Legendary Edition is available for PC, PlayStation 4, and Xbox One, with backward compatibility for PlayStation 5 and Xbox Series X/S.