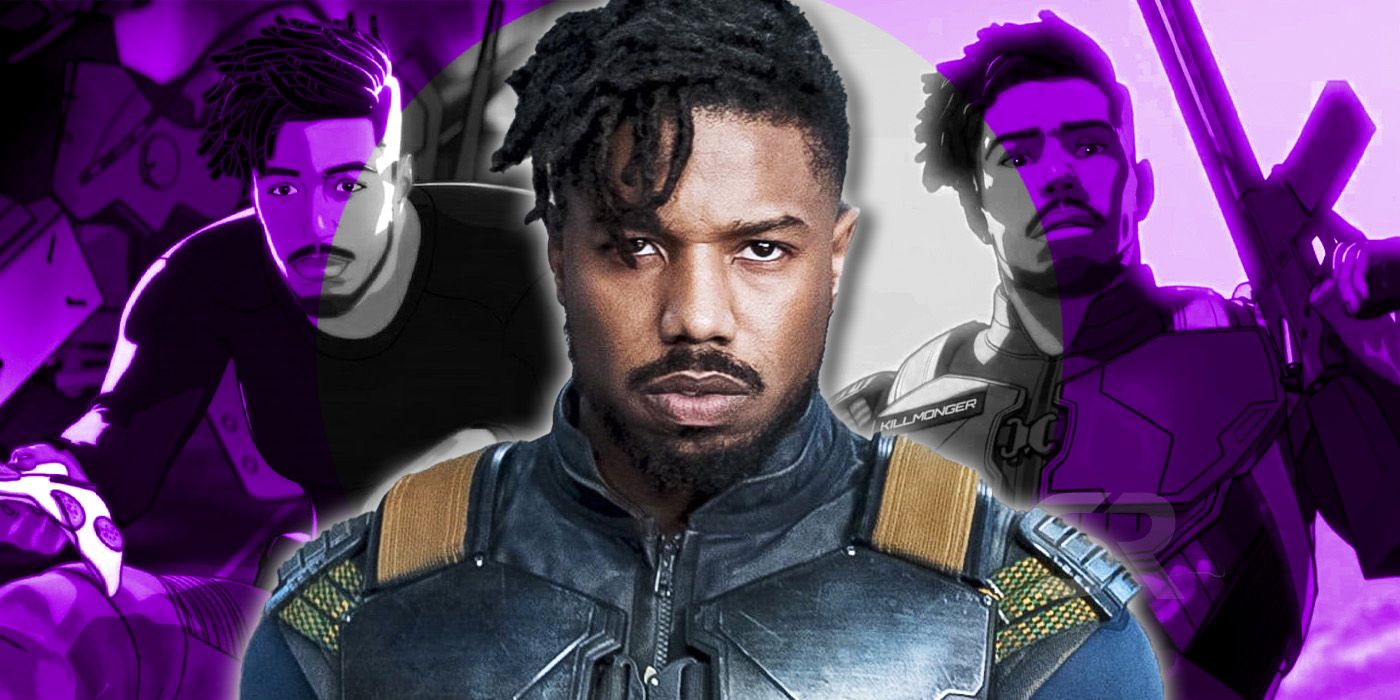 What If…? episode 6 brought Black Panther’s villain Killmonger back, confirming why his return in Black Panther 2 would be a bad idea.

Marvel’s What If…? episode 6 reunited viewers with Black Panther’s villain, Killmonger, and showed why he can’t return in Black Panther: Wakanda Forever as many fans hoped. With the Infinity Saga now over, the Marvel Cinematic Universe is finally moving forward with its highly-anticipated Phase 4, which unlike the previous ones, covers both TV shows and movies. Phase 4 kicked off with WandaVision and continued with The Falcon and the Winter Soldier and Loki, then jumped to the movie side with Black Widow, and fans are now enjoying a different type of MCU content with the animated series What If…?.

What If…? is an animated anthology series that explores what would have happened if some of the most important events in the MCU happened differently, essentially being the first look into the multiverse and its different timelines. These scenarios can be created by something as simple as a character making a different decision or just something happening differently around them, creating a new branch in the multiverse and resulting in stories such as Peggy Carter becoming Captain Carter, T’Challa becoming Star-Lord, Doctor Strange becoming evil, and the world being taken over zombies. What If…? episode 6 went back to retelling key moments from the MCU through Tony Stark (voiced by Mick Wingert) and Killmonger (Michael B. Jordan), years before the latter’s arrival at Wakanda.

What If…? episode 6 explored a timeline where Killmonger saved Tony Stark from the Ten Rings in Afghanistan, making way for an alliance between these two. Together, Stark and Killmonger created a humanoid drone and a drone army made of vibranium, but Killmonger had other, secret plans, all so he could take T’Challa’s place as ruler of Wakanda. Sadly, Killmonger’s return to the MCU wasn’t as exciting as fans expected, and as much as they would like to see him again in Black Panther 2, his brief time in What If…? proves that’s not the best idea, and bringing him back would end up hurting the character.

Killmonger was introduced in Black Panther, where it was revealed that he was T’Challa’s (Chadwick Boseman) cousin. Killmonger has been named by many as the best villain in the MCU to date, as his motivations were very clear and he was a grounded and relatable antagonist, and his actions actually had an impact on the hero’s story and those around him. Killmonger’s plan was to avenge his father’s death and fulfill his plans: seize control of the world by using Wakanda’s technology to cease the oppression of people of African descent. Killmonger was eventually defeated and mortally wounded, and though T’Challa offered to heal him in Wakanda, Killmonger chose to die while looking at the sunset, as his father used to tell him the sunsets on Wakanda were the most beautiful. T’Challa ultimately took some of Killmonger’s ideas into account and by the end of Black Panther, he announced Wakanda would share its technology with the rest of the world.

Killmonger went through a complete journey in Black Panther, was given clear motivations, good reasons to do what he did, and his actions impacted those of the hero once he was defeated. In addition to that, Killmonger’s ending was beautifully done, so bringing him back in Black Panther 2 wouldn’t do justice to his story, as happened in What If…?. Although there are a couple of ways through which Killmonger could return in Black Panther 2, all of them feel like a waste of the character’s potential and risk undermining what Black Panther did with him. Ultimately, Black Panther: Wakanda Forever doesn’t need Killmonger’s presence at all nor does he need to return as his story is complete, and What If…? was proof of how underwhelming having him back can be.

Next: Black Panther 2: Every Theory On How Killmonger Could Return