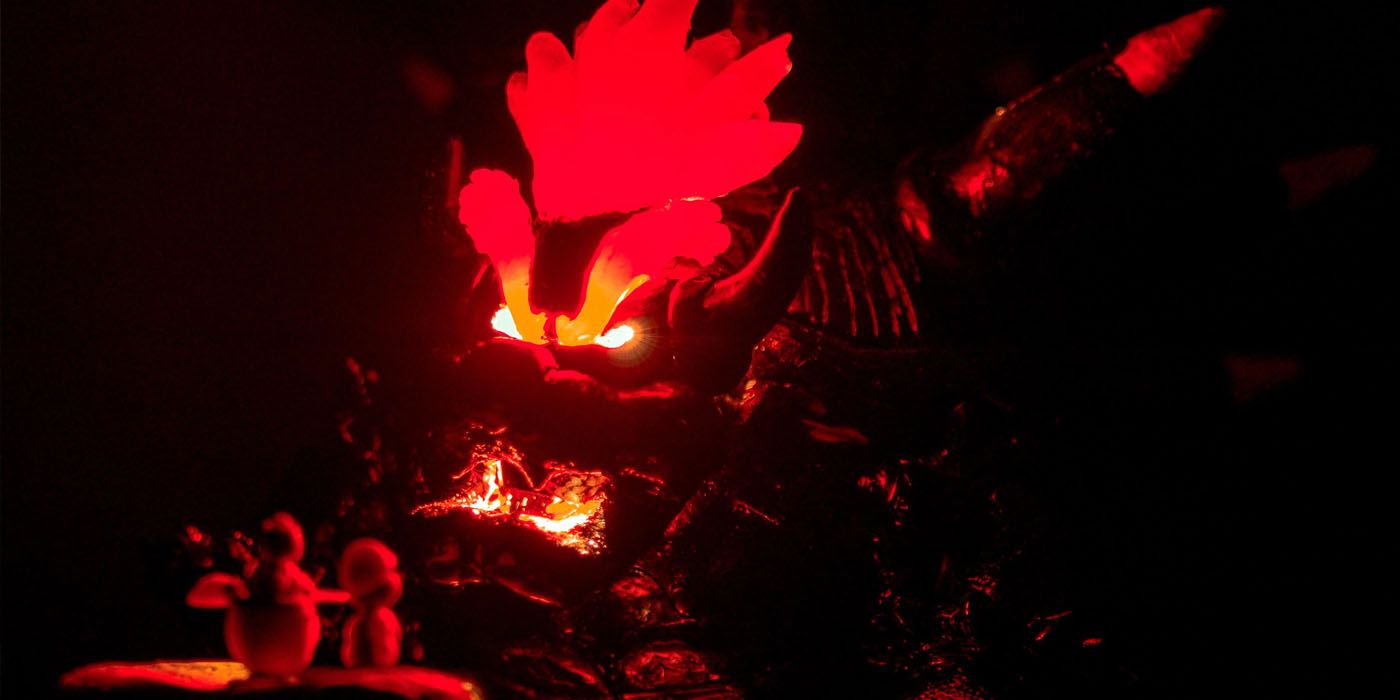 A talented fan has recreated Mario’s Fury Bowser in an ominous new clay sculpture that reminds everyone just why Lake Lapcat fears him.

The fearsome Fury Bowser from Super Mario 3D World + Bowser’s Fury has been brought to life in a fan-made clay sculpture, and he’s even more frightening than ever. The Nintendo Switch-based remake of 2013’s Super Mario 3D was released back in February, bringing with it a brand-new, Bowser-focused expansion that tasked Mario with roaming the tropical Lake Lapcat to gather the Cat Shines.

Unfortunately, Bowser is there too, and an evil black sludge mutates him into a dangerous new form called Fury Bowser. This forces Mario to join forces with Bowser Jr to revert his father back to normal, but this proves easier said than done thanks to Fury Bowser’s increased size and power. Ever since his introduction in Bowser’s Fury, Fury Bowser has been very popular with Mario fans, and was even added to Super Smash Bros Ultimate as a Spirit a few short months after Bowser’s Fury was released.

Yesterday, Reddit user Willo150 showed off their impressive clay sculpture Fury Bowser from Super Mario 3D World on the NintendoSwitch subreddit. This sculpture shows off the gargantuan beast in all of his spikey glory as he towers menacingly over a pair of miniature Mario and Bowser Jr. figures, and even has a handy light-up function that allows his eyes, hair, and fiery breath to glow in the dark. In the comments section, Willo150 explains that it took a week to put the Bowser Fury sculpture together, and it seems to have been time well-spent.

Clay sculptures and other impressive fan works are nothing new in the gaming community, especially when it comes to Nintendo properties. Talented sculptors have recreated the kingdom of Hyrule from The Legend of Zelda: Ocarina of Time and the towering Bokoblin-piloted Stone Talus from Breath Of The Wild 2’s E3 trailer, along with a cute assortment of Pokémon starters imagined as crewmembers from Among Us. That is on top of the countless fan drawings of Mario and his colorful castmates, including a crossover between Fury Bowser and Legend Of Zelda: Breath Of The Wild’s equally sinister Calamity Ganon.

Willo150’s clay sculpture of Fury Bowser is as awe-inspiring as his appearance in Super Mario 3D World + Bowser’s Fury, perfectly capturing the villain’s gigantic size and ominous appearance. This is especially true with the glow-in-the-dark eyes, which embody Bowser’s fiery power and make him look even more threatening with the lights off. It’s even more impressive that this only took a week to put together, considering the sheer level of skill and detail that are on display.

Next: Sports Games Could Learn From Mario Golf’s Golf Adventure

J. Brodie Shirey is just a simple man trying to make his way in the universe, but aren’t we all? He currently lives in York, Pennsylvania. He is a big comic book, video game, and science fiction fan, and likes writing articles for ScreenRant or scripts for some of his crazy TV show ideas.


A graduate from York County School of Technology, he’s self-published several books on Amazon, and once won 1st place at a regional computer fair for a CGI animated short. He might post it on Youtube someday. He hopes that working for this site will be his first step into the larger universe of online writing, since Megazord technology hasn’t been invented yet and he doesn’t seem to have any Force powers. You can check out his work at The Uncanny Fox, purchase his books on Amazon.com, see his posted scripts on Script Revolution, or see his portfolio here or here. He can also be followed on Twitter @FoxUncanny.