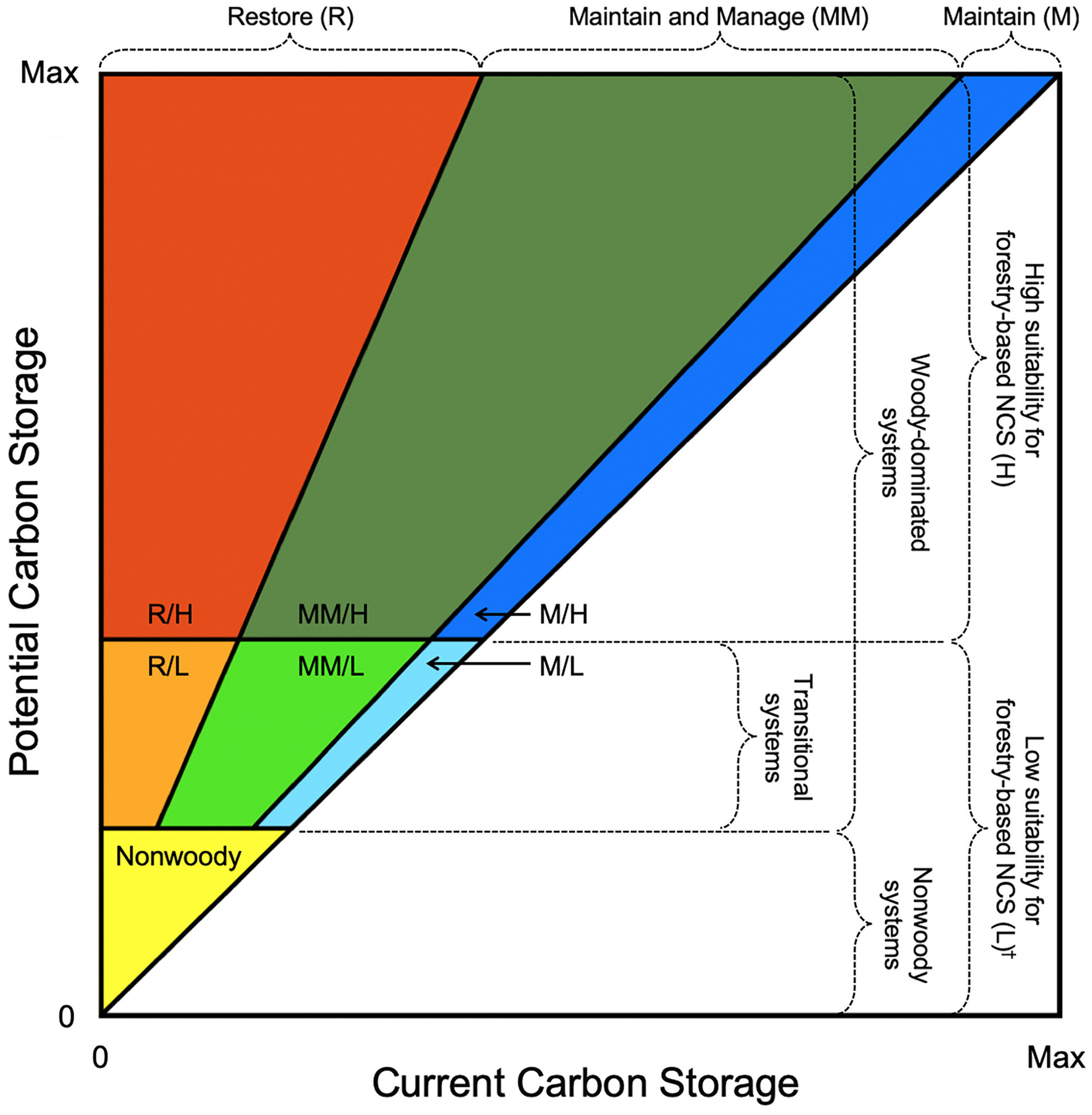 Carbon storage capacity in forests across the globe is only at 88% of its potential, according to a study published in Proceedings of the National Academy of Sciences (PNAS), which sets out to help prioritize locations for increasing reserves.

The findings could assist the design of strategies to combat climate change, say researchers from the U.S.-based Woodwell Climate Research Center, as forest systems act like sponges, sequestering carbon dioxide from the atmosphere.

Improved management of existing forests, such as conserving native tree species and prohibiting logging, could help realize nearly three quarters of this unmet potential, the majority of which (71%) lies in the tropics, according to the study.

Among the top ten countries with the greatest potential are Brazil— second only to Russia—Indonesia, Democratic Republic of Congo, India, and Mexico.

Wayne Walker, one of the study authors, told SciDev.Net: “The size of the untapped reservoir—the space on land that is available for additional carbon storage—is considerable: about 287 petagrams (PgC) after we set aside land that is critical to food production and human habitation.” A petagram (PgC) is equivalent to one billion tons.

Most (78%) of this unrealized potential is found in woody biomass, while 22% is in soil, according to the study, which combined existing data, field measurements and geospatial imagery to assess the gap between current and potential carbon storage.

To meet the objectives of the Paris Agreement, to prevent the average temperature increase from exceeding 2°C compared to pre-industrial levels, global emissions must remain below 250 PgC. At current rates, that amount would be reached by 2045, the study says.

In this context, researchers say it is essential to understand carbon storage capacity in order to advance so-called “nature-based” climate solutions, such as forest maintenance, improved management of degraded ecosystems, and restoration—planting trees where native forests have been felled.

The findings reflect the high rates of historic deforestation and forest degradation in the tropics, according to Walker. “Generally speaking, countries with greater forest loss have larger land-carbon deficits and greater unrealized potential for additional carbon storage,” he explained.

David Lapola, from the Center for Meteorological and Climate Research Applied to Agriculture, in Campinas, Brazil, disagrees with some of the study’s conclusions.

“Long-term observational data is showing that the carbon sink strength in the Amazon has reduced 30% since the 1990’s,” he told SciDev.Net.

“Should that trend persist, the world’s largest tropical forest will turn into a carbon source to the atmosphere in about 15 years. So how can we expect these forests to absorb even more carbon when there are projections saying their current carbon stocks won’t persist?”

He said preserving existing forests and woody ecosystems and restoring degraded ones were among the actions needed to curb climate change. “But I don’t think we should count only on that to take us out of the planetary-scale problem we created,” he added.

Changes in temperature and precipitation will affect the size of carbon stocks and “across the tropics, the size of the available reservoir is likely to decrease,” says Walker.

In Brazil, restoration accounts for less than 10% of potential climate benefits (related to carbon storage), according to the study. It says the greatest gains will come from focusing efforts where forest cover has been at least partially maintained.

“Any attempt to compensate an emission with an equivalent elimination will lead to an atmospheric concentration higher than if the emission had been avoided from the beginning,” the study warns.

Lapola also warns of the risk of polluting countries or companies using carbon credit programs to “offset” emissions “as a license to continue emitting.”

He said the study follows the common line of argument that responsibility for cutting carbon emissions lies with tropical nations and that issues of land tenure and funding are not addressed.

Actions needed to stop deforestation are “relatively easy and Brazil has demonstrated in the past that it is doable,” according to Lapola, but “to contain degradation, we still have to understand way more deeply its causes and implications.”

He also stressed the need to advance carbon capture and storage mechanisms and REDD+ projects, which provides economic incentives to encourage developing countries to conserve rather than cut down forests.