Man Broke His ‘Package’ During Sex, Here’s What Made The Fracture More Unusual 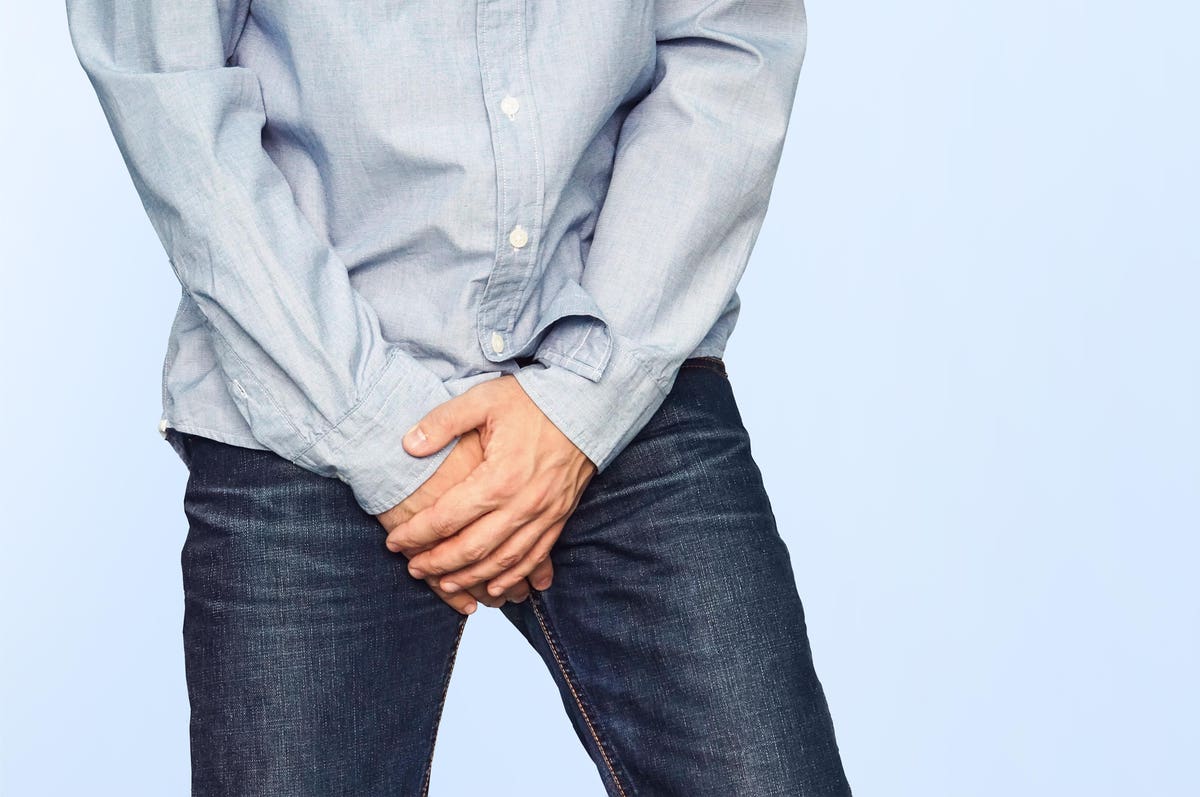 A penile fracture is not your standard every day occurrence. You probably don’t typically hear someone say, “other than breaking my penis, the weekend was good. How was yours?” It is fortunately a rare occurrence. But you know what’s even rarer than a run-of-the-mill fractured penis? A vertically fractured penis.

A vertical penile fracture is what happened to a 40-year-old man in the United Kingdom while he was having sex. And that is why he is now the subject of a case report recently published in the medical journal BMJ Case Reports.

It’s usually not good news when your penis lands in any journal that begins with the letters “BMJ,” regardless of what two of those letters without the “M” may signify. “BMJ” stands for “British Medical Journal,” and medical journals don’t typically have articles for the sole purpose of saying “great job” or “congratulations on your penis.” No, something unusual has to happen.

Now a penile fracture is not like a bone fracture. Your penis is not made out of bone regardless of what you may call an erection. A penile fracture instead is a tear of the tunica albuginea. No, not tuna albacore. Tunica albuginea. This is the membrane inside your penis that surrounds the corpora cavernosa, long spongy structures that fill with blood when your penis gets excited. Your penis may get excited when you see something sexual or a tuna albacore sandwich or both. The tunica albuginea then helps keep the blood in these spongy structures to maintain your erection like pinching off the opening to hold air in a balloon animal like a balloon snake.

Bending your penis while erect can then increase the pressure within these cavernosa, sort of like trying to bend one of those balloon snakes Your tunica albuginea is fairly strong, able to withstand forces of up to around 1500 mm Hg, although it is not a good idea to test this strength in the weight room. Your tunica albuginea isn’t Elastigirl either. Once the membrane’s maximum tensile strength limits are exceeded, the membrane can tear. The result is a so-called “fracture of your penis.”

The classic sign of penile fracture is a “popping” sensation, followed by an immediate loss of your erection. This will then be quickly replaced by another type of swelling and bruising. Doctors have dubbed this the “eggplant” sign, since a purplish and swollen penis may look a bit eggplanty. Of course, when people send you an eggplant emoji, they aren’t necessarily saying that they have fractured a penis. Another possible sign is the “rolling sign.” This is present when a blood clot forms at the site of the rupture as well. The “rolling sign” is when you can roll the skin of your penis over this mass that consists of the clot.

A penile fracture isn’t the kind of injury that you can just walk off or put some ointment on so that you can go back into the game. Instead, it’s a medical emergency that typically requires surgery to fix. In fact, according to the British Association of Urological Surgeons, you should get surgical repair within 24 hours of the injury in order to lower the risk of long-term complications. Such complications include erectile dysfunction, excessive penile curvature, or a tightening of your urethra, the tube through which urine passes.

The case began with the 40-year-old man having sexual intercourse with a woman. His penis was erect when he pushed against his partner’s perineum. If you are a woman, the perineum is the area between your anus (not the planet but the body part) and your vulva. Now pushing your penis against the perineum is not great idea because it is essentially pushing against a solid wall of flesh. So the man have misfired when pushing against the perineum, basically a schwing and a miss.

The force of pushing against the perineum caused the man’s penis to buckle. This didn’t mean that his penis put on a belt and buckle. Rather, his penis bended and gave way. What happened next wasn’t typical for a penile fracture, though. Instead of immediately losing his erection, things went down more gradually. He didn’t hear any popping sounds either. His penis did swell, but only moderately. And his penis didn’t look that eggplanty. Moreover, when examining the man, doctors could not detect a “rolling” sign.

However, a penile MRI did reveal a vertical rather than a transverse tear of the tunica albuginea next to the right corpus cavernosum, in the middle third of the shaft of his penus. The man was rushed to surgery and during the operation, the surgeon found that tear to be three centimeters long and repaired the tear. This is one situation where longer was definitively not better.

Fortunately, when surgery is done promptly and successfully, most penile fractures end up swell. However, since there had been no other documented cases of such a vertical tear, doctors wondered whether vertical tear may bring additional risk of long term hardships so to speak. Nevertheless, so far, things have look on the up and up. Within six months of the fracture, the man could get back to sexy time, so to speak. At the same time, there’s been no change in his erections or the curvature of his penis.

Again, penile fractures of any type are relatively rare. So no need to keep your penis wrapped in mounds of toilet paper at all times for protection. Not surprisingly, most (88.5%) penile fractures occur during sexual intercourse. After all, running into a wall while fully erect is not a common activity. Studies have suggested that “doggy style” and “man on top” are the most common sexual positions where such fractures occur. There are reports of masturbation and sleeping prone causing such fractures as well, which may not help tummy sleepers sleep better. But before you enter your bed petrified every night or tie yourself to the bed facing upwards, remember penile fractures are quite rare and suffering one while you are sleeping is even rarer.

Plus, you can take certain precautions to reduce your already low risk of penile fractures. For example, while having sex, avoid taking running starts. Having sex is not the same as throwing a javelin. Also, while sex isn’t exactly a military strike that requires computers and GPS (global positioning systems), pay attention to where you are going. Unbridled sex may be one thing. But wildly misfiring sex is something completely different. Keep in mind that in a collision with different things, your penis will lose most of the time. You may call it your equipment or your package, but that doesn’t mean that you should handle it like it should be thrown on the shelf or your doorstep.

Denial of responsibility! TechCodex is an automatic aggregator of the all world’s media. In each content, the hyperlink to the primary source is specified. All trademarks belong to their rightful owners, all materials to their authors. If you are the owner of the content and do not want us to publish your materials, please contact us by email – [email protected]. The content will be deleted within 24 hours.
broke penisbroken penisbuckleddetumscencefractured penishuman penispenile fracturepenis fratcure symptoms
0
Share

Battle.net Summer Sale features multiplayer games for up to 50 percent off