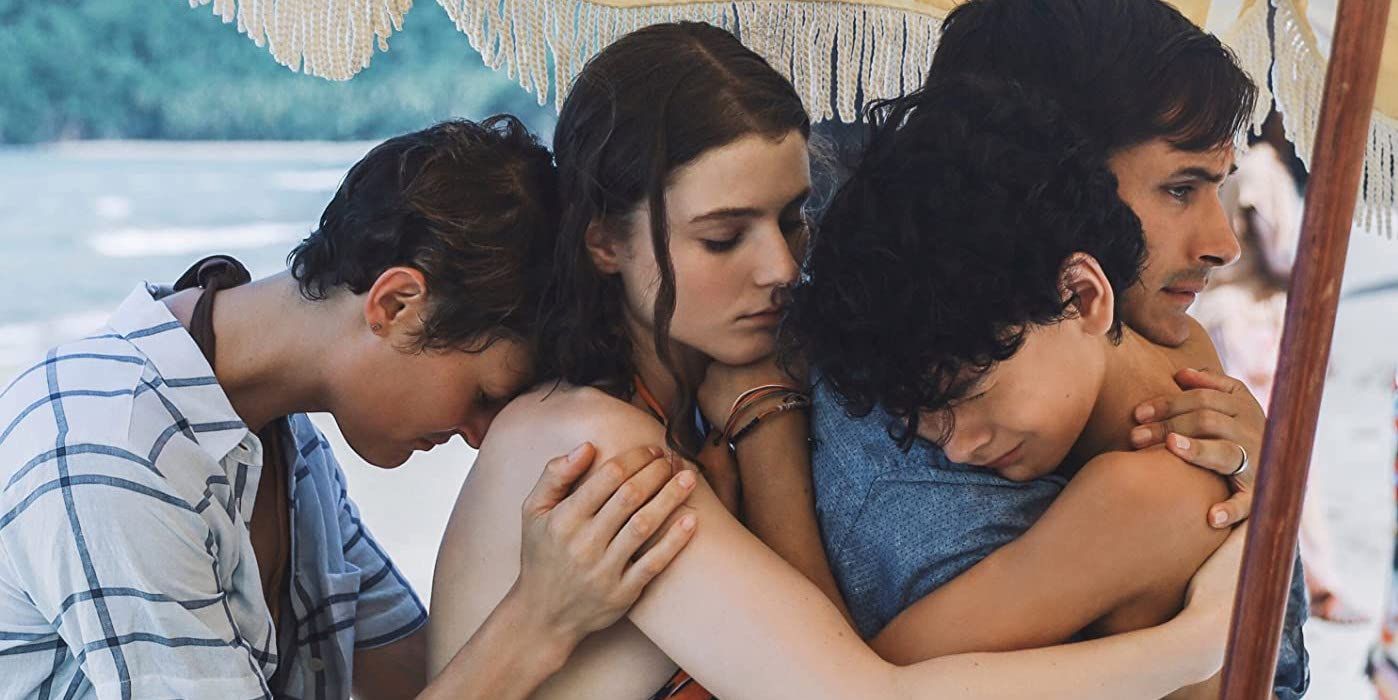 M. Night Shyamalan’s daughter, Ishana, worked as a second unit Director on Old alongside her father, describing it as a “spiritual experience for us”.

M. Night Shyamalan’s new film Old was evidently a family affair as the director was joined on set by his daughter Ishana, who served as the second unit director on the film. Shot entirely in the Dominican Republic, Old follows a group of tourists who discover a secluded beach that forces them to age rapidly, experiencing their entire lives in a single day. The film is inspired by the graphic novel Sandcastle by Pierre Oscar Levy and Frederik Peeters; although Shyamalan’s films does differ greatly, with the director having spent a great deal of time trying to decide how to end Old.

Shyamalan’s daughter Ishana recently graduated from New York University and had previously worked alongside her father as a writer on his psychological horror series Servant for Apple TV+. They are not the only two members of the family to be involved in production on Old however. One of Shyamalan’s other daughters, Saleka, who is a singer-songwriter, wrote a song for the film that Maddox sings, played at different ages by Alexa Swinton and Thomasin McKenzie.

Related: How To Watch Every M. Night Shyamalan Movie (Including Old)

Speaking to Variety about her experience of working on Old, Ishana Shyamalan explained that the opportunity to work as second unit director on her father’s film came about completely “randomly.” She also confessed that she had initially been nervous to work alongside her father, but their collaboration on Servant had helped to set her mind at ease. Ultimately, Shyamalan seems to have enjoyed her time working on Old, describing it as a “spiritual experience” for both her and her father. Her full statement can be read below:

“It happened randomly. I was doing work on Servant, and he pitched it to me far in advance. He said, ‘Would you be my second unit director?’ At first, I thought, “No way”… There was a lot of nervousness, but then as I got more comfortable working on Servant with him, it seemed the natural thing to do. It was this incredible, spiritual experience for us. We were together every day on this beach for up to 12 hours a day and in tandem.”

Shyamalan also expressed gratitude for the opportunity to work with her father, describing it as a great learning experience having only recently graduated from university. She noted that one of the big challenges was learning to shoot with film, as it wasn’t something she had been taught at NYU. She said: “I’ve never shot on film before and it’s scary when you have this expensive thing here. You don’t have 20 takes to get that snake in a tree shot.”

While some might describe Shyamalan’s hiring as nepotism on her father’s part, it seems as though the director was far more interested in helping her develop as a filmmaker. He clearly has a great deal of faith in his daughter’s talents to invite her to serve as his second unit director for Old and wanted to provide her with the opportunity to gain experience capturing supplementary footage in a medium she wasn’t necessarily familiar with. Plus, if it’s allowing them time to bond, then all the better.

While Old may have been met with mixed reviews upon its release on July 23rd, currently having a 51% approval rating on Rotten Tomatoes,  it is on track to dominate the box office in what is being described as a slow weekend. In particular, critics have praised the film’s cinematography, in which case it seems that Shyamalan’s daughter’s involvement was a significant boon for Old. Hopefully Ishana can take this experience on board and developing her talents.

Nico Marrone is a senior news writer for Screen Rant. He graduated from the University of Edinburgh with a Masters in Postcolonial Literature by combining his love of African literature with comic-books. He has previously served as the film editor for The Student and currently serves as the assistant theatre editor for The Wee Review.

When not geeking out about films and comics, Nico can be found spinning fire, running too many games of Dungeons & Dragons, and complaining about the Scottish weather.