Loki Will Explain More About How The TVA Works 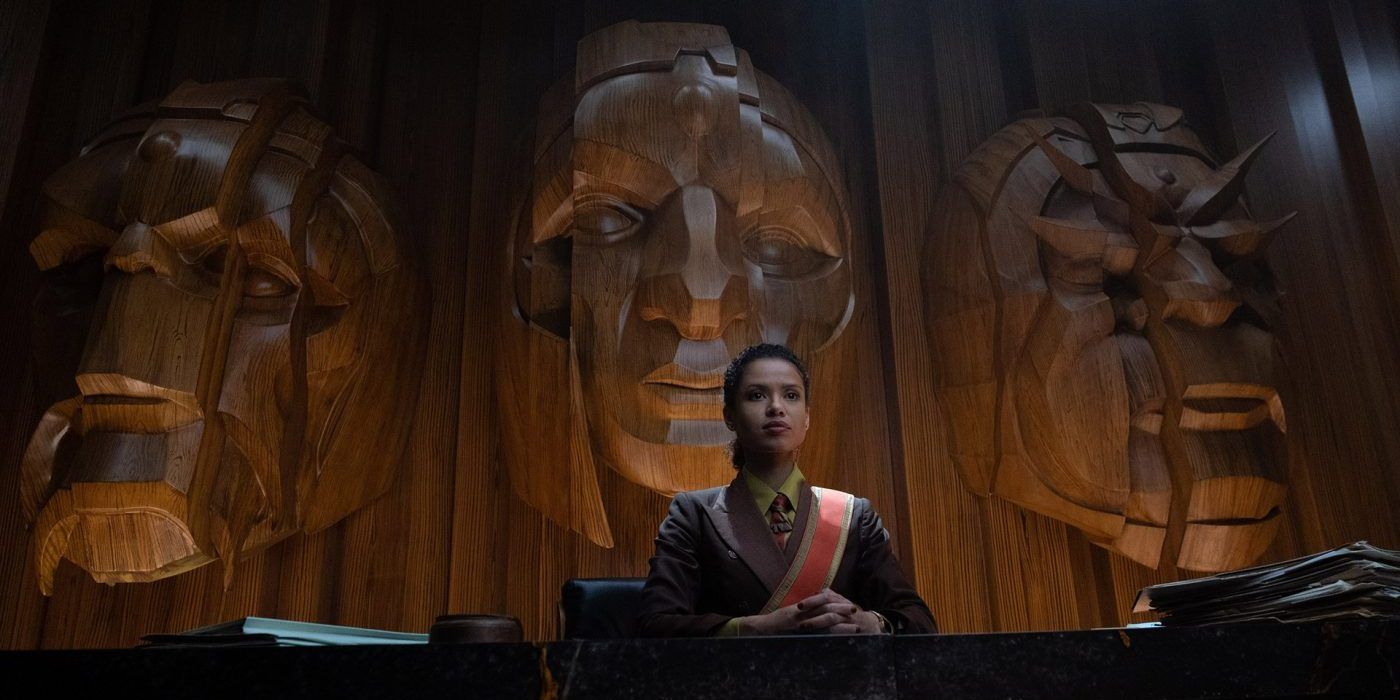 Loki director Kate Herron says Marvel’s Disney+ series will explain more about how the Time Variance Authority (TVA) works. After escaping with the Tesseract in Avengers: Endgame, Loki follows its titular trickster being recruited by Mobius M. Mobius to help catch another variant Loki for the TVA. We are told that bureaucratic organization protects the “sacred timeline” and dictates the proper follow of time according to the founding Time-Keepers dictations; deleting variants and pruning timelines deemed too dangerous.

Within the TVA, Loki meets its mysterious A.I. and cartoon mascot, Miss Minutes, judge Rayonna Renslayer, Hunter B-15, and Agent Mobius—all of which express a sort of blind loyalty to the so-called Time-Keepers. However, no one besides Rayonna has ever seen or spoken to them. In addition to whether or not Mobius will ever get to ride a jet ski—which he views as a “beautiful union” of form and function—many questions surround the TVA’s hierarchy and inner workings: how does one even come to work for them? As the most powerful organization in the Marvel Cinematic Universe, it would seem the TVA is more equatable to a dictatorship than benevolent overseers.

In a recent interview with EW, Herron discussed episode 2’s ending and many of the questions surrounding the TVA. In particular, Herron was asked how someone even becomes a TVA analyst and whether or not she and writer Michael Waldron (Rick and Morty) have ironed out all the details of the TVA’s inner workings. Check out what she had to say below.

“There’s definitely a very interesting hierarchy at the TVA, and The Hudsucker Proxy was definitely one of my references for it. It was definitely something I was looking into through building out the world of the TVA. But yeah, I would say the show digs more into the inner workings of the place and how does it work as we spend more time with our characters there.”

The Coen Brothers’ The Hudsucker Proxy follows a greedy executive who aims to devalue the stock of his company so that he can buy a majority share. That said, his plot backfires and the company’s value increases. At the end of Loki’s second episode, Lady Loki bombs the sacred timeline, provoking a plethora of Nexus events that may be beyond resetting. Many assume the events of Loki will unfold the MCU’s multiverse, leading into films like Spider-Man: No Way Home, Doctor Strange in the Multiverse of Madness, and Ant-Man and the Wasp: Quantumania. This would essentially make the TVA irrelevant—its stock would decrease while the MCU’s value increases.

The TVA may be a sham. In the comics, Rayonna is a time lord closely associated with Nathaniel Richards Aka Kang the Conqueror. In Loki, the pair could have set up the TVA as a front to facilitate their fun and retrofit history as they see fit. From what we’ve seen of the Time-Keepers, they all resemble Kang. There’s a chance that the Time-Keepers are members of the Council of Kangs, a few versions of Kang from different dimensions that united as a power grab. Similar to the effect of WandaVision’s Hex, many of TVA’s workers may have had lives before and simply can’t remember them. Regardless, leaving the TVA’s true nature a mystery suits a show where “No one bad is ever truly bad, and no one good is ever truly good.”

More: Loki: Who Is The TVA’s Second Analyst?

5 Marvel Characters Tom Cruise Would Be Perfect To Play

The best student laptops for school and college

How to change your Apple Watch face