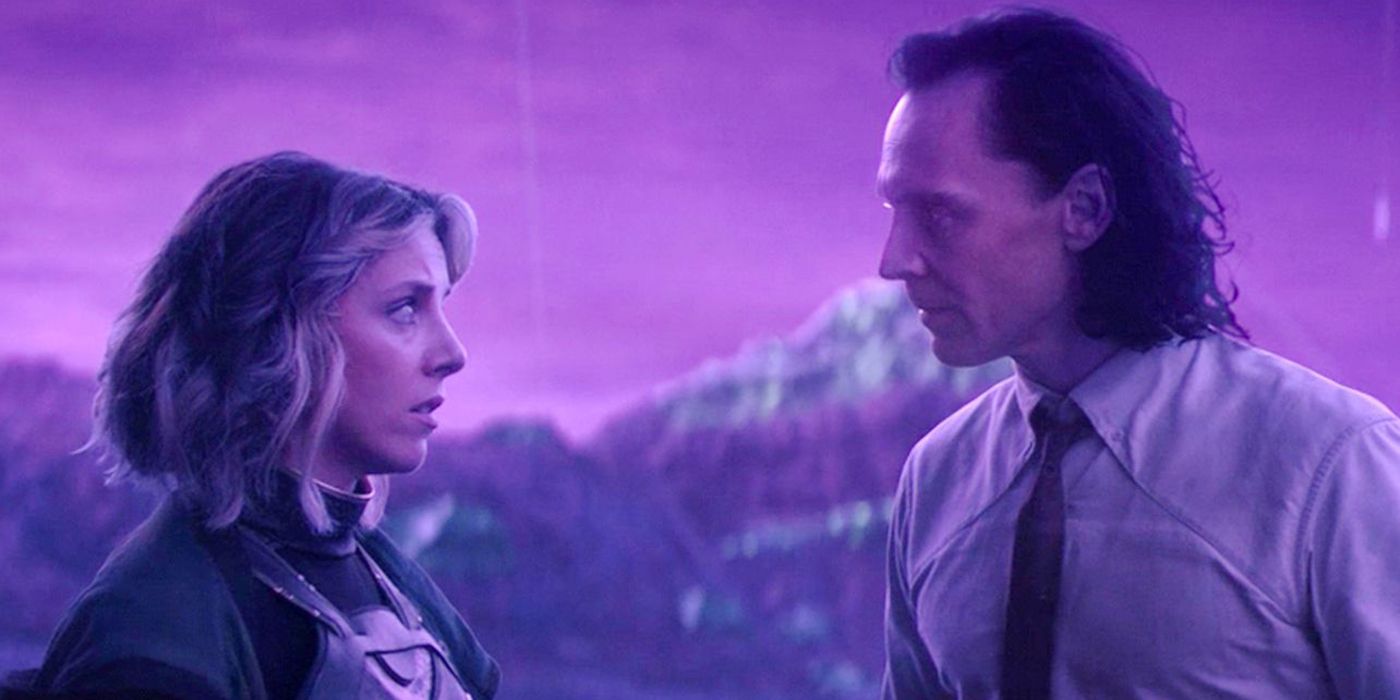 Kate Herron shares her perspective on the surprise romance between Loki and Sylvie, stating she views them as two distinctly separate people.

Loki director Kate Herron responds to online fan accusations that the romance between the titular God of Mischief and Sylvie is a form of incest. Though Tom Hiddleston’s Loki has been a part of six MCU movies, his character hasn’t been fully developed until recently. The creation of Disney+’s Loki gave way to a deeper exploration of the fan favorite trickster, from the way he sees himself to his thoughts on love. The latter is perhaps one of the more surprising aspects of Loki, since it initially looked like the series wouldn’t dip into romance.

However, following the exciting revelation that Loki is canonically bisexual, things heated up considerably between him and variant Sylvie (Sophia Di Martino). The romance between the two, which culminated in a kiss in the Loki season finale, was greeted with decidedly mixed reactions online. While there are some fans who have embraced the dynamic with gusto, there are just as many (if not more) who believe that, since Sylvie is an alternate version of Loki, their relationship is a form of incest. The term most often used online is “self-cest.”

Herron, who directed all six episodes of Loki, has heard these accusations, and she’s shared her thoughts on them in a new interview with Polygon. While Herron said she doesn’t often like to interject in fan conversations because they “should be up for debate and discussion,” she was willing to give her own perspective on the Loki/Sylvie romance. In a nutshell, it isn’t incestuous, and here’s why:

“My interpretation of it is that they’re both Lokis, but they aren’t the same person. I don’t see them as being like brother and sister. They have completely different backgrounds […] and I think that’s really important to her character. They sort of have the same role in terms of the universe and destiny, but they won’t make the same decisions.”

Loki and Sylvie’s relationship has perhaps been the most heavily debated aspect of the entire series, and that likely isn’t going to change. Even beyond the concept that it might hold some questionable shades, many have decried the missed opportunity to further explore Loki’s queerness by having him fall for Mobius M. Mobius (Owen Wilson). With season 2 already on the way, these topics will surely be explored further. For now, though, fans only have the first 6 Loki episodes to go off on.

Herron’s perspective on the “Sylki” relationship is a fair one. As many have pointed out, the mere fact that the two are technically the same person isn’t the same as them being siblings. Additionally, the show emphasized the fact that Sylvie is a distinctly different figure than Loki multiple times. At the same time, the romantic layer to their dynamic might just be too strange for people to wrap their heads around. There will likely always be a spirited debate around these two, but one thing is certain: There isn’t another relationship in the MCU quite like them.

More: MCU Theory: How Loki & Sylvie Could End The Multiverse Of Madness