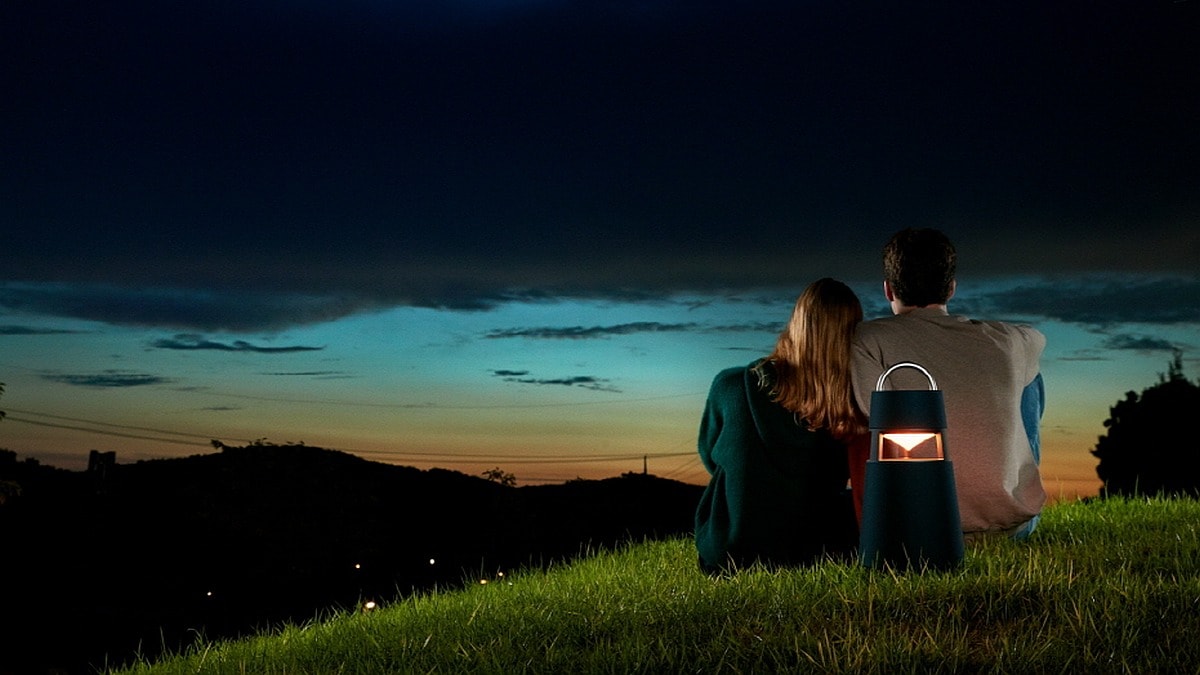 LG Xboom 360 RP4 portable speaker has been launched. The omnidirectional speaker has a 29Whr battery that is claimed to last up to 10 hours on a single charge. It can playback media using Bluetooth, USB, and an AUX-in port, and has integrated mood lighting in three different presets that can also be customised using the speaker’s companion app. LG Xboom 360 RP4 is rated to deliver up to 120W of sound output through its combination of woofer and tweeter when connected to a power source.

The LG Xboom 360 RP4 is priced at $399.99 (roughly Rs. 29,400). It is available for purchase via LG’s website in the US. The portable LG speaker is available in Beige, Burgundy, Charcoal Black, and Peacock Green colour options. As of now, there is no information about the availability of the speaker in India.

The portable LG Xboom 360 RP4 is capable of delivering 120W of output to its 5.25-inch glass fibre woofer and 1-inch titanium horn tweeter setup while it is connected to a power source. LG says the conical design of the speaker and the company’s patented technology helps it deliver “authentic, omnidirectional audio”. Additionally, two Xboom 360 RP4 speakers can be connected to create a stereo setup. As mentioned, the LG Xboom 360 RP4 comes with a 29Whr battery that can deliver up to 10 hours of playback with a single charge. The speaker takes around 5 hours for a full charge.

LG’s portable speaker can be controlled via the companion app available for Android and iOS devices. The app also lets users manage the DJ Effect that can mix multiple tracks along with scratching and other sound effects.

The Xboom 360 RP4 has a 360-degree mood lighting with three presets — Ambient, Nature, and Party. Users also have the option to customise the mood lighting along with sound effects using the companion app.

LG Xboom 360 RP4 delivers playback via Bluetooth as well as its USB and AUX-in ports, and can read tracks in MP3 and WMA file formats. It supports SBC and AAC Bluetooth codecs. The portable speaker measures 250x514x250mm and weighs 5.8 kilograms.

Snapdragon 8 Gen 1 vs Dimensity 9000: Battle of the arch-rivals