Lenovo has unveiled a new ThinkPad-branded Chromebook aimed at enterprise users. It’s powered by an AMD Ryzen CPU, comes with a stylus and sports a pointing stick (the infamous keyboard nipple that has graced the keyboards of many ThinkPad devices).

The new ThinkPad C13 Yoga Chromebook comes in an aluminum chassis with a nice ‘Abyss Blue’ colour and sports a 360-degree hinge, which lets all the suits using this bad boy turn it into a tablet on the fly. For those who don’t enjoy typing (or using the nipple) there’s an optional garaged pen that can be used to tap around Chrome OS or for inking.

The C13 Yoga can be equipped with up to an AMD Ryzen 3700C Series mobile processor, has a 13.3-inch Full HD 1080 x 1920 pixel screen with narrow bezels and a webcam with a privacy shutter. There’s also an optional touch fingerprint scanner, “world-facing camera” for taking pictures and support for Wi-Fi 6 and Bluetooth 5.0. 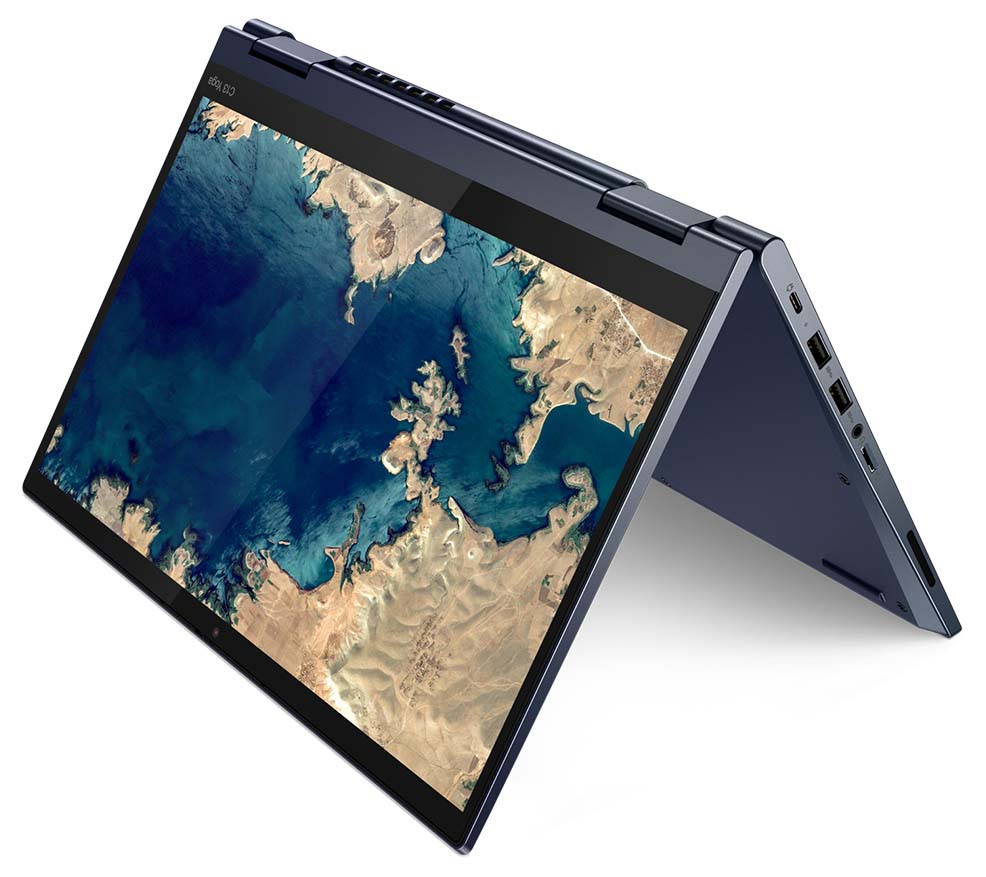 Lenovo’s new ThinkPad runs Chrome OS with the Google Chrome Enterprise upgrade, which can help businesses secure laptops, deploy them quickly and keep things up to date with Chrome and web-based apps for work. Anyone using this for work will likely find themselves heavily relying on Google’s new ‘Workspace’ software, a rebrand of its G Suite programs.