Watch Dogs: Legion allows you to play as pretty much anybody in its virtual dystopian London, and during today’s Ubisoft Forward showcase, the company showed off a few more colorful characters. Play as a getaway driver with a cool car, a street artist armed with a paintball gun, a hitman with a chronic case of the hiccups, and many more! Check out the trailer for yourself, below.

In other news, Ubisoft has confirmed that original Watch Dogs protagonist Aiden Pearce will be making his return in Legion, although you’ll have to shell out for the game’s Season Pass.

Good to see Aiden back! Here’s a bit more detail about his return:

He’s back! Older but not necessarily wiser. Aiden Pearce will be a fully-playable character as part of Watch Dogs: Legion post-launch plans. A whole new chapter dedicated to the main character of Watch Dogs will be available in the Season Pass. Stay tuned and welcome to the Resistance!

I suppose it’s appropriate that Aiden Pearce is part of the Watch Dogs: Legion Season Pass, as it includes a full copy of the original game. You can also expect a story expansion, three other additional characters, and more. Ubisoft has yet to put a standalone price on the Watch Dogs: Legion Season Pass, but it’s included in the $100 Gold edition of the game, so we can probably assume it’s $40. 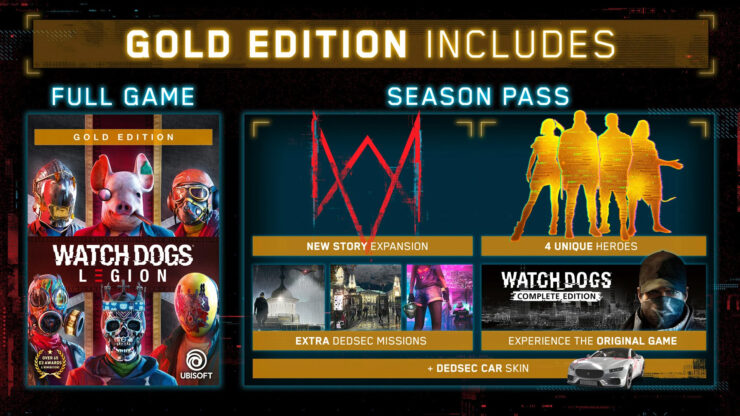 Haven’t been keeping up with Watch Dogs: Legion? Here are the game’s key features:

Watch Dogs: Legion hacks onto PC, Xbox One, and PS4 on October 29 and the Xbox Series X/S on November 10. A PS5 version is also launching this year.

How to make free phone calls with Google and Alexa speakers

Huawei welcomes a thorough examination of its 5G technology to prove…

KiwiSDR Vs RaspberrySDR — A Tale Of Two SDRs

Redmi 9i to Go on Sale in India Today at 12 Noon via Flipkart, Mi.com:…