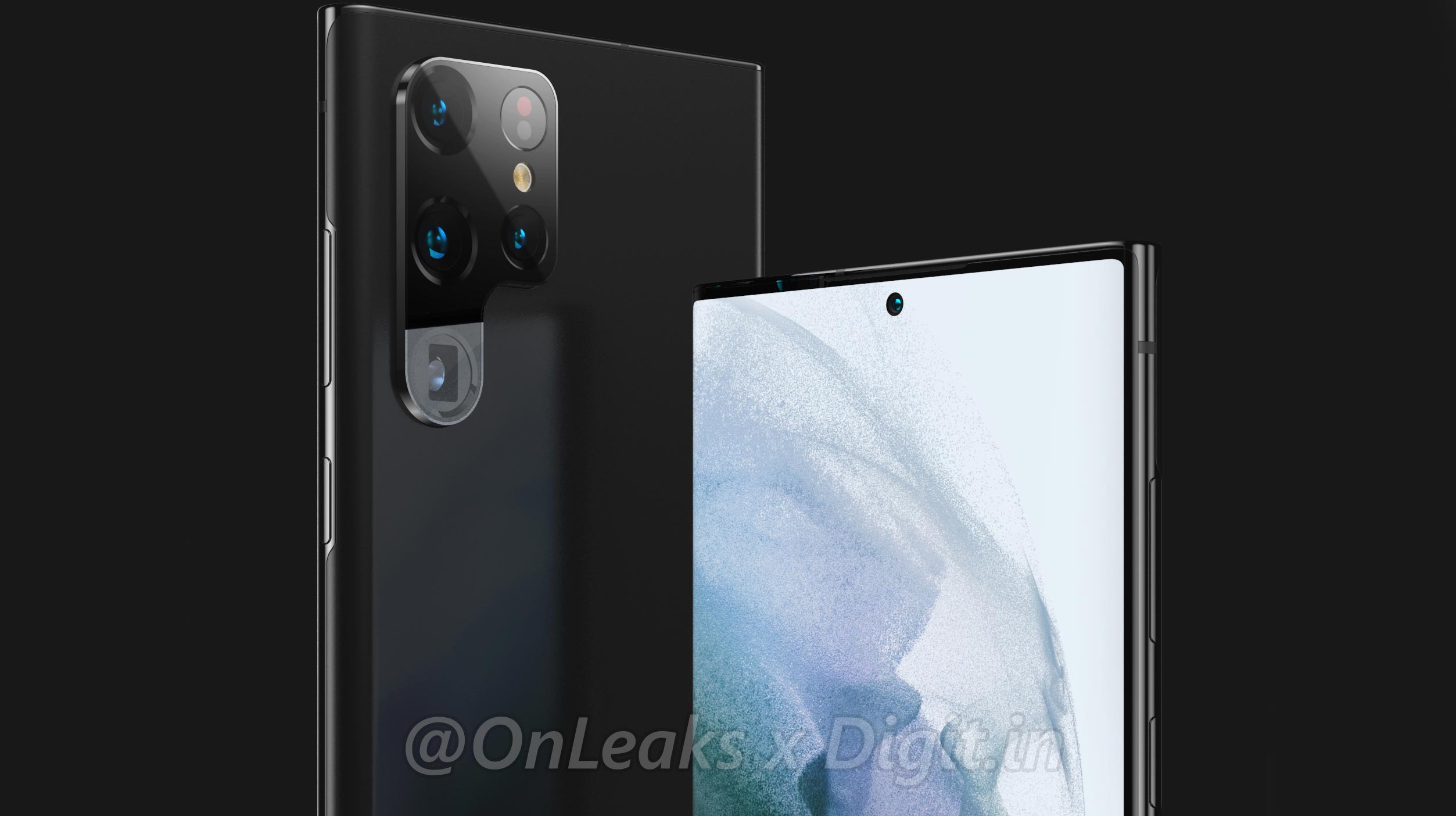 The Samsung Galaxy S22 Ultra will reportedly sport a slightly 6.8-inch curved display with a high display refresh rate. The dimensions OnLeaks provided measure in at roughly 163.2 x 77.9 x 8.9mm with a thickness of 10.5mm if you include the camera bump.

It also seems that the device features a P-shape camera module with a quad-camera setup and various sensors. One of the lenses looks like a square-shaped periscope lens, which means the phone will likely include 10x zoom.

It also looks the S22 Ultra will include an S Pen that slides into a slot in the smartphone, similar to previous Note devices. Though Galaxy S21 Ultra works with the S Pen, it’s sold separately and doesn’t include a built-in storage location for the stylus.

Recently, a leak regarding the S22 series featuring an Olympus-branded camera was debunked, and further, the Ultra variant is rumoured to launch with a 200-megapixel camera. Rumours also indicate the smartphone will lack an Under Display Camera.

The S22 Ultra will likely launch sometime in January or February 2022.