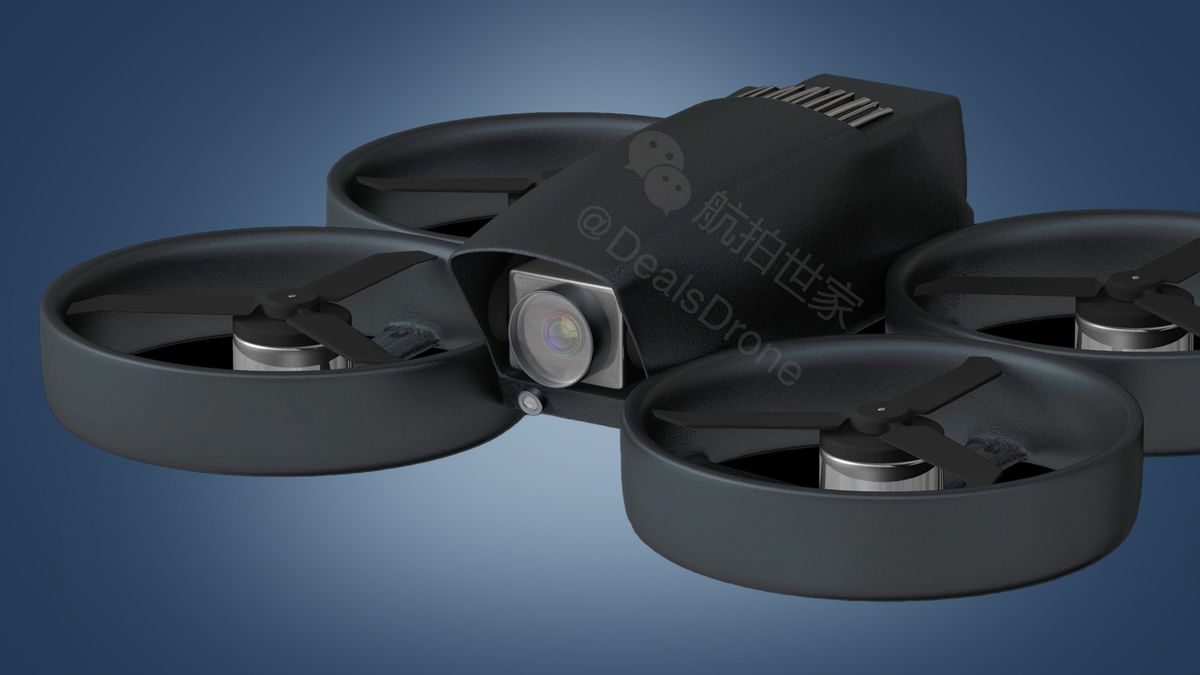 The DJI Mini 3 Pro has only just landed, but rumors have been growing that the drone king is preparing to release an indoor flying camera. Well, that now looks increasingly likely, thanks to the first leaked images of the unusual drone.

The DJI Avata, as it’s expected to be called, looks likely to be a so-called ‘cinewhoop’ drone with 3-inch propellors, according to images published on Twitter by regular DJI leakers @OsitaLV and @DealsDrone.

Cinewhoop drones are typically small models with built-in propellor guards that are designed to fly in tight, indoor spaces, allowing you to create floating, steadicam-style shots. And the leaked images show what appears to be a DJI-branded drone that fits that bill.

But while the leaked images look similar to some renders we saw earlier this week, they do also show a design that would be markedly different from DJI’s current range. DJI drones typically follow a grey color scheme, whereas the photos show a drone with a black, plastic body and a design that’s typical of today’s current cinewhoop drones.

Still, the front camera module does bear some DJI hallmarks and the logos on the top and underside do look genuine. It’s possible that these photos show an early prototype rather than the finished product, but the evidence is mounting that DJI is indeed preparing to push into one of the few drone spaces it hasn’t already conquered.

The two key things that DJI could bring to cinewhoop drones – automated flight modes and a high-quality camera – aren’t really shown in these leaks. The images show a drone with a large battery and small, tiltable camera, although isn’t clear whether the latter is for shooting video or sending a feed to some accompanying FPV glasses.

Still, it certainly looks like an interesting all-in-one concept for those who are looking to shoot dynamic indoor videos at events – and if it follows the trend of recent DJI releases, we can expect to see a lot more leaks into the run-up to its rumored launch between July and August.

A cinewhoop-style DJI drone has been rumored for years, with regular DJI commentator @OsitaLV sketching out the above concept back in 2020. But these new leaked photos suggest a small, indoor drone is now next on the launch list after the recent arrival of the DJI Mini 3 Pro.

The 3-inch class of cinewhoop drones has become the most popular because they’re small and safe enough to be flown indoors, but also powerful enough to carry a decent camera. So while this kind of drone would be a relatively niche launch for DJI, it could also find a decent audience – particularly if it’s relatively affordable, as the leaked photos suggest.

Right now, DJI’s cheapest drone is the DJI Mini SE, but the DJI Avata appears to be a cross between the DJI FPV and a cheaper drone like the Ryze Tello (which is based on DJI’s flight tech). This means it could be an attempt to bring cinewhoop-style, FPV drones to the masses – or a floating ‘steadicam’ for YouTubers looking to create dynamic cut-scenes.

This would also help give it a different appeal to the new GoPro Hero 10 Black Bones camera, which has very much been designed for DIY tinkerers who are currently the main buyers of FPV (First Person View) drones.