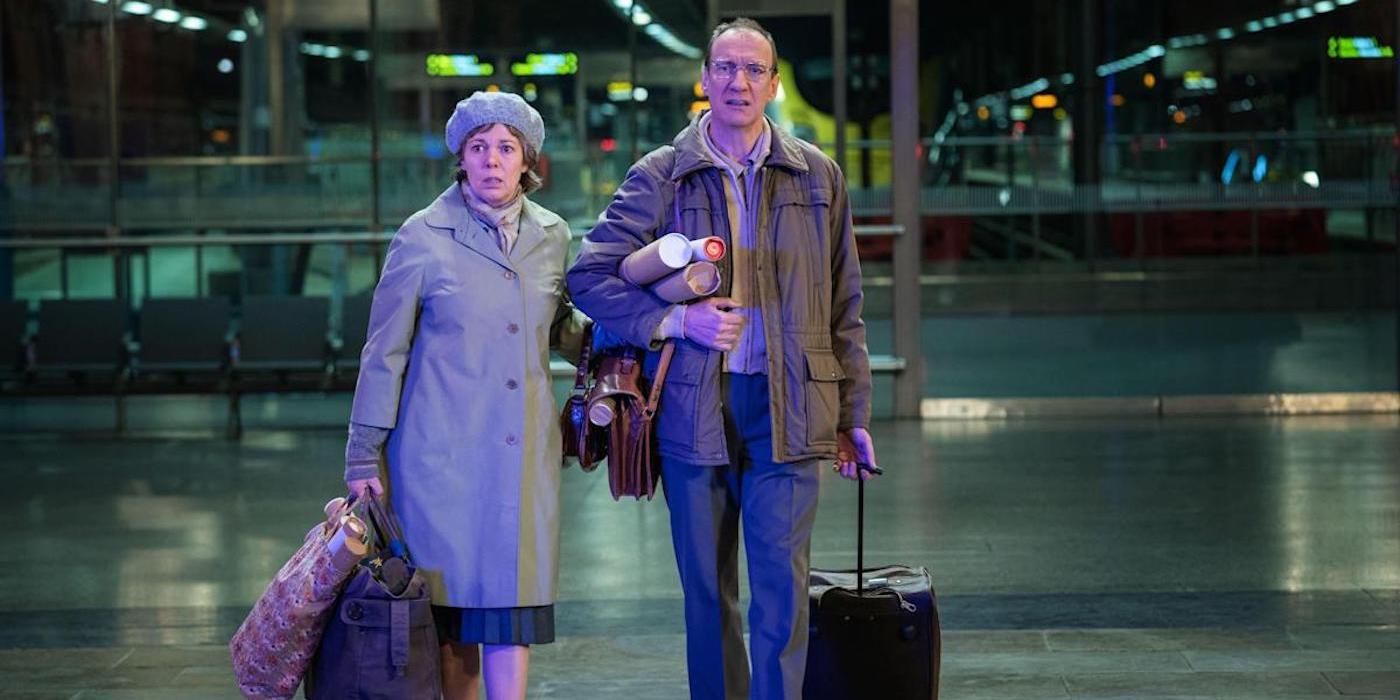 HBO has released a teaser trailer for their upcoming show Landscapers. The trailer focuses on Olivia Colman (The Crown, The Favourite) as Susan Edwards and David Thewlis (Dragonheart, Fargo) as Christopher Edwards, seemingly living a normal life together. The trailer reveals that Landscapers is based on a true story, as we get a shot of two dead bodies.

Susan is a person of interest in the investigation, and presents a little bit of comedy with her responses to the questions). The trailer shows that there will be a lot of drama during this investigation, including between Susan and Chris. The trailer ends with Susan being questioned again, with the person talking to her saying she looks confused, and claiming that she wants them to know the truth.

Alongside Colman and Thewlis, Landscapers will feature Kate O’ Flynn (Happy-Go-Lucky, Up There), Dipo Ola (Baghdad Central, We Hunt Together), Samuel Anderson (The History Boys, Doctor Who), David Hayman (Taboo, The Boy in the Striped Pyjamas), Felicity Montagu (Bridget Jone’s Diary, Dad’s Army), and Daniel Rigby (Eric and Ernie, Warhorses of Letters). The series was created and written by Ed Sinclair (Screenshot), and is being directed by Will Sharpe (Cockroach, The Electrical Life of Louis Wain).

Landscapers will begin on December 6 on HBO and will be available on HBO Max. Check out the trailer for Landscapers below.

Here is the official synopsis for the show:

Inspired by real events, LANDSCAPERS tells a unique love story involving Chris and Susan Edwards (Thewlis and Colman), a seemingly ordinary British couple who become the focus of an extraordinary investigation when two dead bodies are discovered in the back garden of a house in Nottingham.

No Shade: ‘Dune’s Stephen McKinley Henderson Reveals the Story Behind His Parasol Moment

“It was one of those wonderful spontaneous things.”

Facebook gets a new name, Meta; here’s why the new name as per CEO Mark Zuckerberg