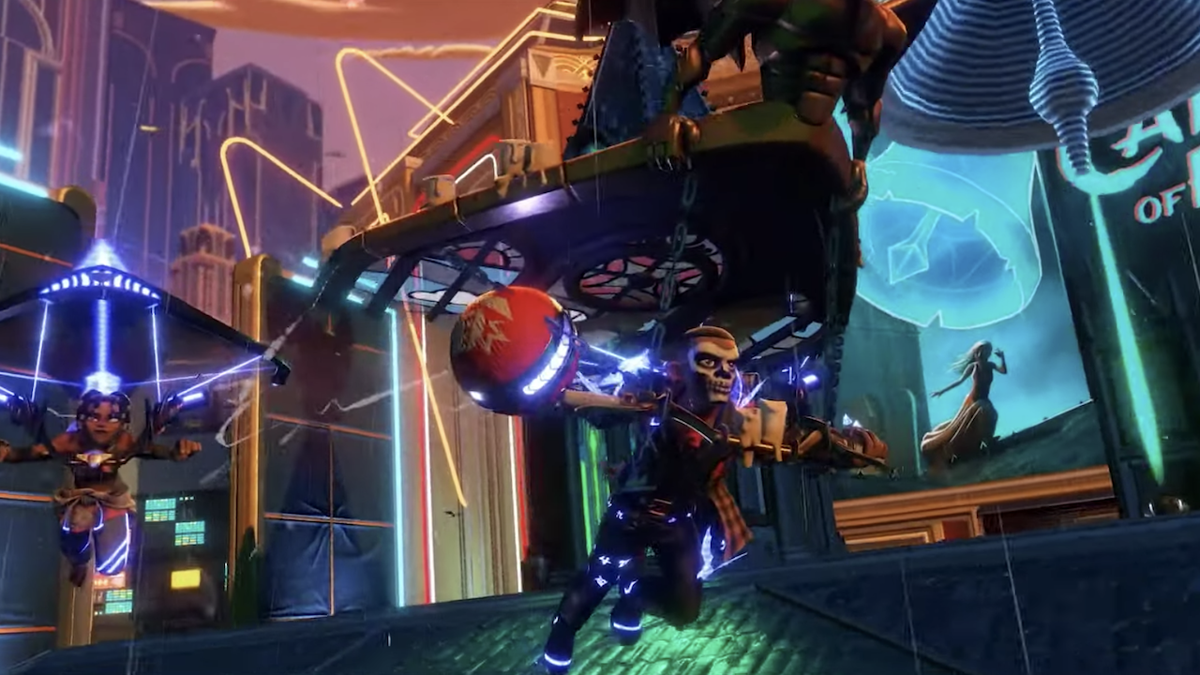 After a knock-out… launch, Knockout City has announced its next season, “Fight at the Movies.” The movie-themed season will introduce a new arena, new gear, and a new ball all themed after going to the theater and catching a great blockbuster.

At EA Play Live, the online dodgeball PvP game revealed its next season coming on July 27. Fight at the Movies contains a new map with ever-changing movie-inspired arenas, plus a new Soda Ball weapon that will splash all the rivals around it with sticky soda.

New movie-themed gear will also be on the menu so be ready for new cosmetics, Playlists, and more in the next season of League Play. Knockout City is free to try until Street Rank 25, so if you’re interested in trying out the online PvP game you can do so now.

We awarded the game a 9/10 review, saying that its “fantastic spin on dodgeball combat has surprising depth, making it one of the best team-based PvP games in years.”