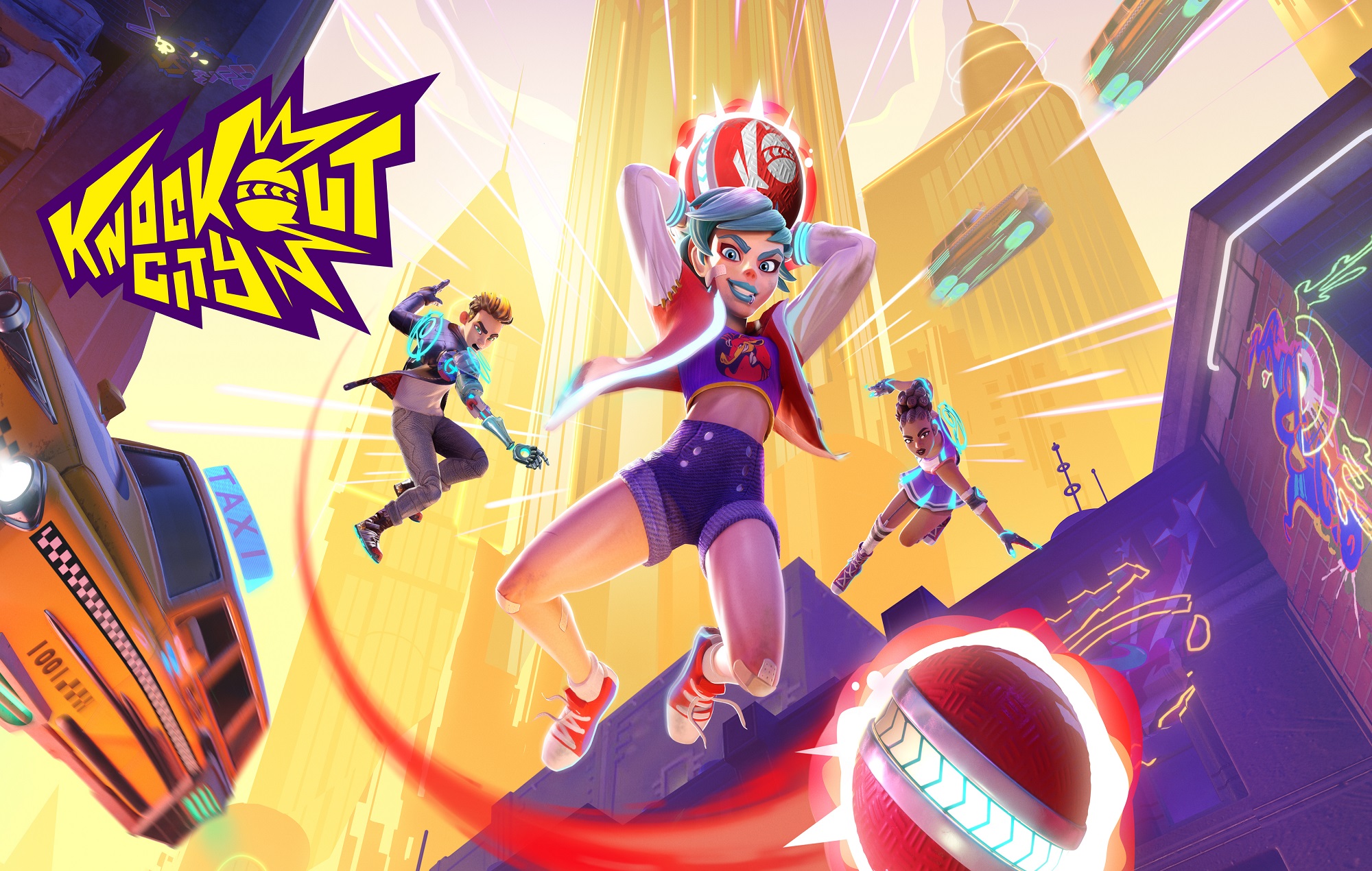 Knockout City season 2 is on its way and will include a brand new map, game modes and an interesting new dodgeball.

The team-based competitive multiplayer game from EA is about to head into a new season – Fight at the Movies.

As you might expect, this brings some movie-themed goodies to Knockout City with the promise of new gear and a cool new map.

‘Holowood Drive-in’ brings a futuristic spin to the drive-in movie theatre, with an arena that changes in real-time through several different movie-inspired playing fields.

“From the spooky ‘Cathedral of Horror’’ to the charming ‘Bridge of Love’, this map has it all,” reads the official release.

But what’s a movie without snacks? Introducing the Soda Ball.

“The all-new Soda Ball is sure to make a splash by covering rivals’ screens with sticky soda as they run through graffiti-covered tunnels and fight for the high ground at the top of a giant pyramid or castle.”

And it’s going to be even more frustrating on the likes of Jukebox Junction where a screen covered in goop could result in an unfortunate train-related misstep.

Expect plenty of movie tie-in cosmetics, too with the usual clothing items, holograms and poses, this time with a Hollywood twist.

Knockout City is available now on PC, PS4, PS5, Xbox One, Xbox Series X|S and Nintendo Switch with both cross-play and cross-progression across platforms.

In other news, Hypnospace Outlaw creator Jay Tholen has called out a new PUBG skin for using his game’s name.

Xavier Won HOH. These Are His Targets

Netflix is reportedly developing a live-action…