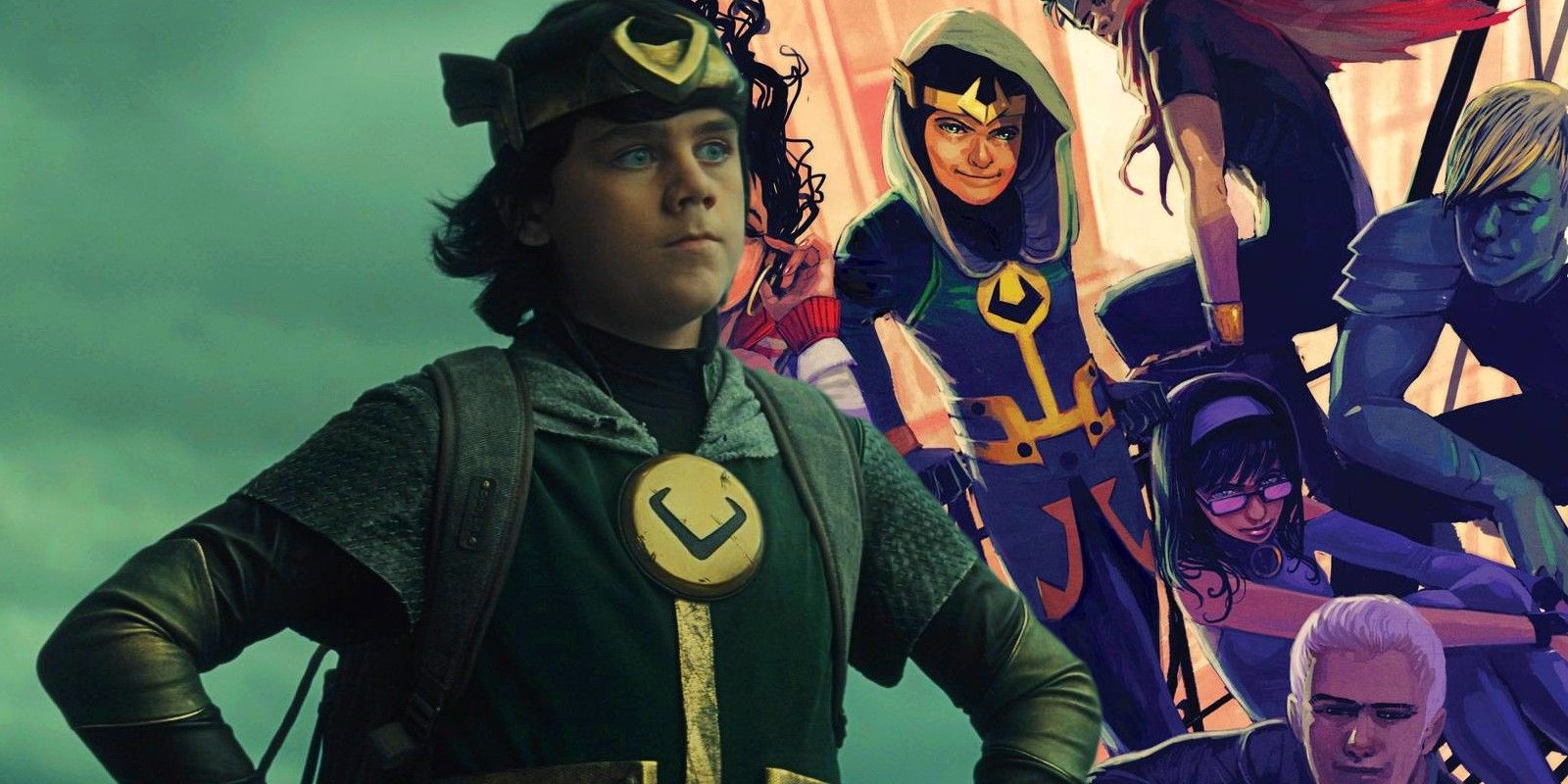 Loki star, Jack Veal, would love to play Kid Loki again in a Young Avengers movie or Disney+ show. Once the Infinity Saga came to a close in 2019, fans of the Marvel Cinematic Universe began wondering what would come next. As Marvel Studios unveiled their plans for various Phase 4 projects, it became clear that the seeds were being planted for the Young Avengers to form in the near future. While a Young Avengers movie or show has yet to be announced, the beginning of Phase 4 has already done a lot to set up the team.

Marvel’s Young Avengers teases continued in Loki episode 5. The end of Loki‘s fourth episode saw Tom Hiddleston’s god of mischief enter The Void and meet Variants of himself. The following episode expanded on this idea and gave viewers a chance to meet Veal’s Kid Loki. He is the leader of the Lokis in The Void and revealed that his nexus event was killing Thor. However, Loki doesn’t reveal exactly what happened to Kid Loki after episode 5. He is last seen running from Alioth with Aligator Loki, but could a Young Avengers role be in Kid Loki’s future?

Kid Loki’s role in Loki might not directly set up how he’d join a Young Avengers project, but the character has ties to the team in the comics. So when ComicBookMovie had a chance to speak to Jack Veal about his involvement in the Disney+ show and possible future in the MCU, the actor was asked about a potential meet-up with the Young Avengers. Veal confirmed that he hasn’t heard anything about such a return, but he’d unsurprisingly love for that to happen. Read what Veal said below:

It has already been such an amazing journey and I never expected to get this far. To make a step like that would be so surreal. I would love to do something as great as that, but as of now, I haven’t heard anything of The Young Avengers from Marvel.

The Young Avengers were originally created in 2005 by Allan Heinberg and Jim Cheung, with a roster consisting of Iron Lad, Wiccan, Patriot, and Hulkling at first. Kate Bishop, Cassie Lang, and Speed joined the roster shortly thereafter. The Young Avengers team continued to evolve from there over the years, with Kid Loki eventually becoming part of the roster for a time. This involved Kid Loki training Wiccan in the art of magic and manipulating the team multiple times to get what he wanted.

Veal’s portrayal of Kid Loki left a good impression on Loki‘s viewers, so fans would likely also want to see him reprise the role in a future Young Avengers project. Marvel Studios is quickly introducing team members in Phase 4 too, with WandaVision including young versions of Wiccan and Speed, The Falcon and The Winter Soldier featuring a non-powered Patriot, and Loki even teasing Iron Lad through the introduction of Kang the Conqueror. With Hawkeye set to include Kate Bishop too, it might not be long before Marvel announces a Young Avengers movie or show – and hopefully Kid Loki is included in some capacity.

Watch 1,000 illegal bitcoin rigs get smashed into bits – with a steamroller – by Malaysian police