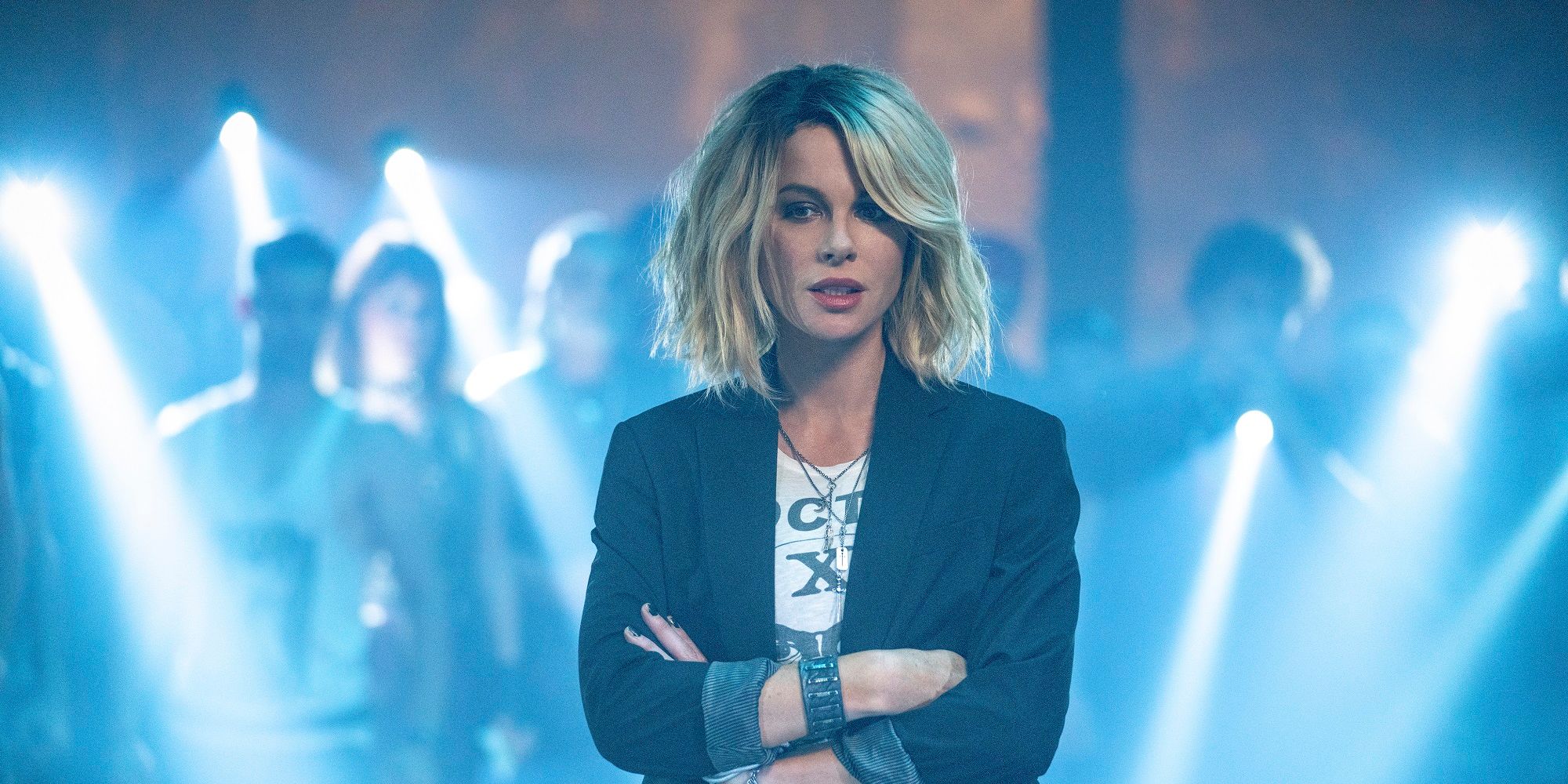 Jolt is a darkly funny action-thriller that places the incomparable Beckinsale at the center of the action and is entertaining from beginning to end.

Kate Beckinsale has an anger problem in Jolt — well, it’s not her problem, but a problem for everyone who stands in her way.  In the film, Beckinsale is allowed to unleash her charm and comedic chops as she once again proves to be quite the action star. Beckinsale has been charmingly sardonic in other projects such as Love & Friendship, but paired with a dynamic blonde hair-do and some interesting fashion pieces, Beckinsale cranks up the charisma to a whole new level. Jolt is a darkly funny action-thriller that places the incomparable Beckinsale at the center of the action and is entertaining from beginning to end.

Beckinsale plays Lindy, a woman living with a neurological disorder that causes her to get angry really quickly. Only her wit can match that temper of hers. Thanks to some cutting-edge and super-shady technology, Lindy can control her violent urges by strapping a special electrode device on her body, which release high-voltage shocks that stop her rage-fueled impulses at the push of a button. Other than this tortuous device, nothing is seemingly capable of keeping her in check — that is, until she meets the right man. Justin (Jai Courtney) is a kind and unassuming accountant, and he and Lindy immediately hit it off. Justin is a calming force for Lindy and it’s unlike anything she has ever experienced before. He also happens to be completely unfazed by Lindy’s issues, which also acts as the perfect aphrodisiac for her. Just as things are going well, however, Justin is killed. Now Lindy is out for blood as the one good thing to happen to her is ruthlessly taken away.

Against the odds and the advice of her psychiatrist, Dr. Munchkin (Stanley Tucci), Lindy opts to go full kamikaze to find the people responsible for Justin’s death. The film, directed by Tanya Wexler, has propulsive energy befitting the protagonist. The movie moves quickly and the action is well-staged, although lacking in ambition. John Wick raised the bar too high perhaps. But despite the action scenes and stunts lacking in places, the film remains interesting and exciting, with a stylish flair that keeps the audience engaged throughout.

Wexler, production designer Russel De Rozario, cinematographer Jules O’Loughlin, and editor Christopher Barwell give Jolt a vibrancy and energy that never lets up. The precision and efficacy behind the scenes work seamlessly to elevate what is a competently written screenplay that is fun and engaging. It is the first screenplay to be produced from screenwriter Scott Wascha and it is easy to see how this script would be an attractive get; it has a little bit everything audiences have come to like from action-thrillers and it perfectly fits into a post-John Wick and Atomic Blonde world.

The one glaring problem in this story is the clear setup it makes for future films. While it is admirable the filmmakers have the ambition to lay the foundation for a movie series based on Lindy, her anger issues, and the potential ramifications of weaponizing her special skills, the film would have been better served if it was treated as a singular entity. Jolt concludes on a loose end, which brings the enjoyment of the film and its characters to a sharp halt.

It cannot be overstated just how impressive a finale wrapped up in a bow can be, but if there is a follow-up to Jolt it won’t be entirely unwelcome. Jolt is an electrifyingly good time. It’s thoroughly delightful and charming from beginning to end, and that is largely due to a very compelling lead performance from Beckinsale. Simply put, fans of Beckinsale will thoroughly enjoy the actress in this particular role. This action thriller also has the potential of being well-liked by fans of the genre and it would make for a nice double feature with the first John Wick. And, if there are to be potential sequels to Jolt, may they build upon the original film’s momentum in the same way the John Wick sequels did.

Jolt is available to stream on Amazon Prime on Friday, July 23. The film is 91 minutes long and is rated R for violence and language throughout.