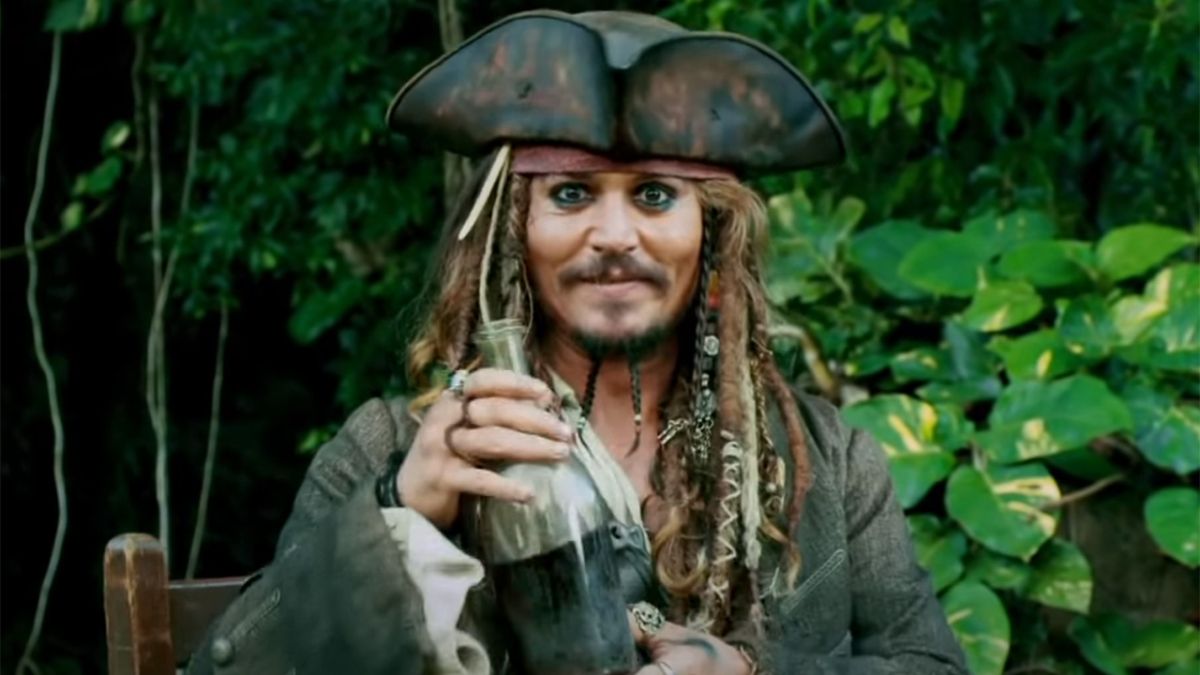 Johnny Depp has been busy since the conclusion of his defamation trial against ex-wife Amber Heard, as the star has landed a number of gigs. After the case ended, Depp jetted off to France to film La Favorite, in which he’s playing King Louis XV. One of the other high-profile projects that Depp lined up is an album, which is a collaboration with guitarist Jeff Beck. The two have also been touring together for the past few months. The tour just ended, though, and the actor is now ready for a “rest.” And it seems he’ll be doing so comfortably, as this development coincides with him selling some of his artwork for millions of dollars.

The 59-year-old actor’s work went on sale this past Thursday and sold for the sum of $3.6 million, according to The Sunday Times. The news outlet reports that the Friends & Heroes collection, which features portraits of stars like Elizabeth Taylor and Al Pacino, sold out “almost immediately.” Castle Galleries announced the availability of Johnny Depp’s work just a few days ago. In the post, the company explained that Depp’s art “is a testament to those he has known well and others who have inspired him as a person.” You can check out the full message down below:

One would imagine that the actor is pleased with that massive purchase, though it sounds like he’s ready to take things easy for a bit. The actor posted to his Instagram at the end of the week to signify the end of his tour with Jeff Beck. He expressed gratitude to those who saw them perform while also thanking the band and the crew. Despite saying that he and Beck will rest for the moment, he promised that they would take to the stage together again. Take a look at his post, complete with a recap video:

Even before the tour concluded, Johnny Depp had already lined up another musical project. The Sweeney Todd alum is set to reunite with Alice Cooper, Joe Perry and Tommy Henriksen for a Hollywood Vampires Tour. Said tour will span Germany and Luxembourg and take place during summer 2023. Needless to say, it looks like Depp is going to be booked for the foreseeable future.

While he’s been landing roles in projects like La Favorite (which has landed a streaming home), one thing the star won’t be busy with is a sixth Pirates of the Caribbean film. The Jack Sparrow actor previously said during his court case that he had no intention of reprising the role. However, a rumor claimed he’d return to the Pirates franchise and was being paid $301 million to reprise his famous role. Though a rep later disputed the claim, calling it “made up.”

Although he seems to be gaining momentum career-wise, Johnny Depp isn’t finished with legal proceedings just yet. Amber Heard recently filed an appeal in an attempt to overturn the defamation case verdict, which awarded Depp $8.3 million. Though Depp wants to “move on,” he filed an appeal of his own, in order “to ensure that the full record and all legal issues are considered by the Court of Appeal.”

Only time will tell whether Amber Heard’s appeal was a smart play. One thing that’s apparent now, though, is that Johnny Depp is confident that the verdict will stand. And while he waits for a final decision, he’s going to take in some downtime before his next acting role or music gig comes his way.

Should You Chase Happiness? A Psychologist Breaks It Down