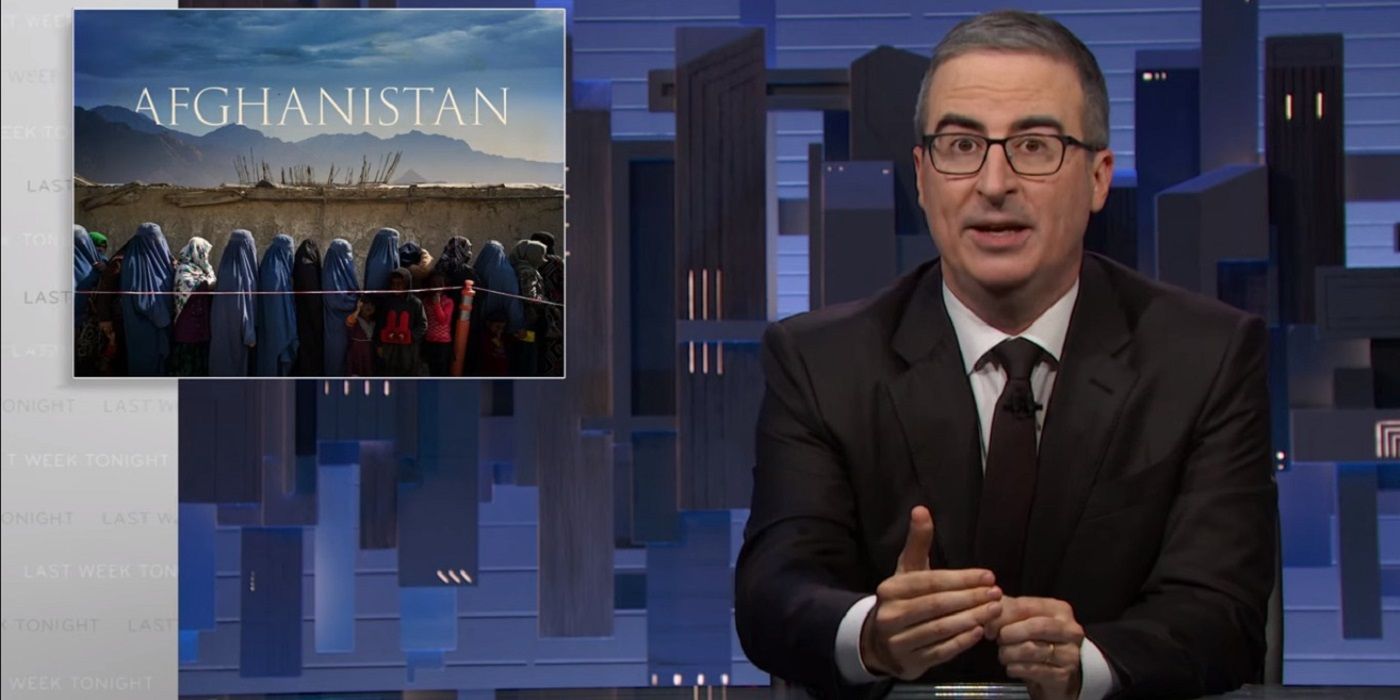 0
Share
The latest episode of Last Week Tonight began by discussing the FBI raiding former President Donald Trump’s Mar-a-Lago, before it brought attention back to the dire situation in Afghanistan, which, despite no longer being covered by Western media, is still an ongoing humanitarian crisis. Lastly, it ended with the wonders of a new A.I. technology that allows people to generate images of nearly anything that’s within the grasp of imagination.

Episode 20 of Season 9 aired the same week which marks one year since the US withdrawal from Afghanistan and as John Oliver discusses in detail, things have not gotten much better in the Taliban-governed country. It should come as no surprise that the US departure from the country after nearly two decades “was going to end badly” but as Oliver states, it’s nevertheless shocking just how grim things got.

Oliver affirms that criticism of the US occupation of Afghanistan and subsequent withdrawal “is completely justified.” The show mainly explores everything that has occurred since the US troops left the Middle Eastern country, which, unfortunately, is not something that has been talked about in the media when, according to the late-night show host, it really should. Interest may have been lost in the situation there, but that is no sign that things have gotten any better.

The Taliban now rule over the country, and despite what they tried to paint it as, things are “very much not enjoyable” in Afghanistan at the moment. As was expected, women’s rights have suffered since the US troops’ withdrawal. Most women have lost their jobs, with the only ones who haven’t being the ones whose jobs cannot, for cultural reasons, be performed by men.

But it’s not only women whose rights have been affected. Most of the population is suffering right now, with the U.N. estimating that 97% of Afghans are “at risk of sinking below the poverty line.” This has, in great part, to do with the Taliban’s inability to govern the country properly, the other part has to do with international sanctions and the freezing of millions of dollars in aid. An example Oliver gives to show how desperate the population has become was of a father who sold his kidney in order to feed his children.

There is no simple way to solve these humanitarian issues, Oliver concedes, but “doing nothing” cannot be the solution the rest of the world opts for.

To not end the show on such a grim note, the last topic of discussion was this new A.I. technology which allows people to generate artworks through a written description. And to end on an even better note, this intriguing subject somehow led to Oliver being married by Steve Buscemi to a sexy giant cabbage.