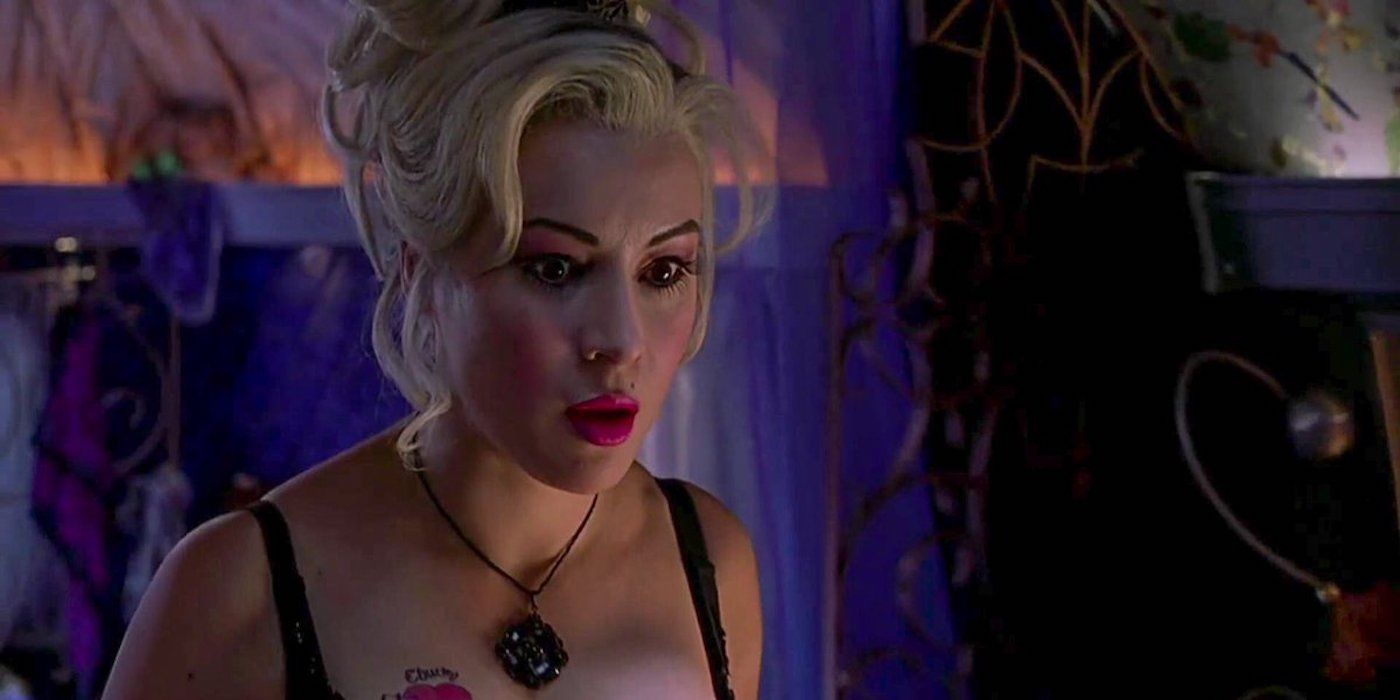 It’s an exciting week for fans of USA and Syfy’s Chucky. While the series may have dropped out of Comic Con, they kept fans satiated over the weekend, when they dropped the first official trailer for what will be the show’s second season. And now, Tiffany Valentine herself, Jennifer Tilly, has shared a look at her all dolled up via Twitter. As glamorous as ever, Tilly dramatically sits on a staircase while wearing a long cream-colored silk dress with an eye-popping purple skirt. The look’s pulled together with fuzzy purple wrist pieces and a dazzling head wrap fit for a queen. In her caption, the Bound star wrote “Sunset Boulevard”, before throwing on some fitting hashtags. Her caption is presumably a callback to the classic 1950 Billy Wilder-helmed noir drama of the same name that centered around love, fading stardom, and death in the City of Angels.

In recent weeks, Tilly has been more than open about filming for the sophomore season of the Don Mancini created series. She’s given her Twitter followers behind-the-scenes peeks at anything and everything, including sets, cameo reveals, and first looks at her new co-star Lachlan Watson, who will be playing Tiffany and Chucky’s child, Glen/Glenda. Meanwhile, with the new trailer, we’re beginning to sink our teeth into what to expect from the upcoming season.

The first season set up the return of the killer doll, who’s voiced by long-running franchise actor, Brad Dourif. In it, we saw Chucky return and find a new kid to attach to, Jake Wheeler (Zackary Arthur). Drama, drugs, and abuse fuel this coming-of-age tale as Jake comes to terms with his sexuality all while dealing with the demonic doll. We also began to see the origin story behind serial killer Charles Lee Ray, the man whose spirit is attached to the Good Guy doll. The trailer for the second season promises us more blood and gore, as Chucky seems to have pulled off his big plan of spreading the evil to an entire fleet of Good Guy dolls as we see them bursting out of their confines, ready to claim some victims.

RELATED: ‘Chucky’ Season 2 Will Arrive Just in Time for Halloween

Check out Tilly’s newest Twitter post below and prepare for the carnage when Season 2 of Chucky hits the airwaves on October 5.