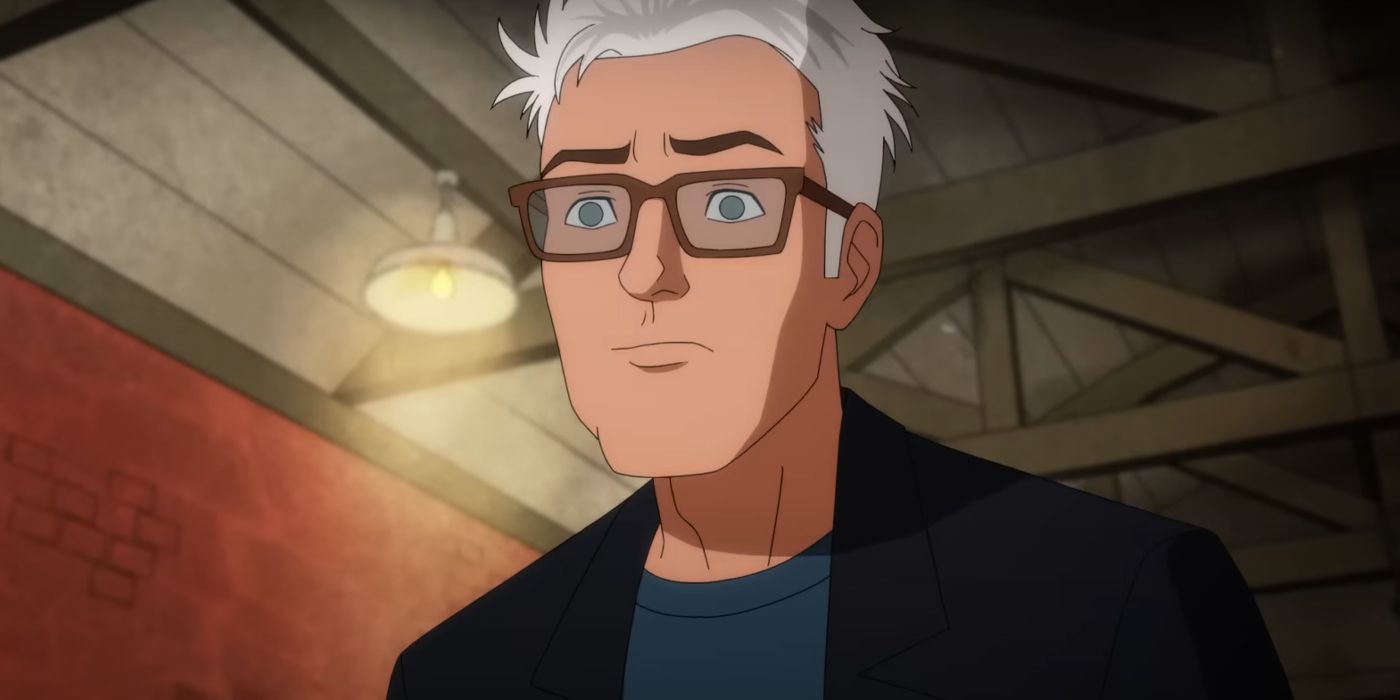 Let the Eat, Bang, Kill, tour begin! WB animation released the Harley Quinn Season 3 teaser ahead of its San Diego Comic-Con panel. The one-and-a-half-minute clip sees Harley wishing her BFF turned GFF, Poison Ivy, a ‘happy two-week anniversary’ and presenting the Suicide Squad head Amanda Waller as a gift in a body bag! For its third season run the teaser promises the show will be ‘filthier,’ ‘freakier’ and definitely ‘creepier’.

While we see many familiar faces returning to continue the story one addition stands out! The director of The Suicide Squad, James Gunn, made his animation debut, as himself. Around one minute into the clip, we see a white-haired, square glasses avatar of Gunn, who is sitting on a vibrating chair, clutching what looks like the script of his in-universe Thomas Wayne movie.

Though fascinating, Gunn’s addition doesn’t come as a surprise as Harley Quinn co-creator Patrick Schumacker previously revealed his addition to the Season 3 cast to SlashFilms. “He (Gunn) is playing himself, and is directing a movie about Thomas Wayne,” Schumacher said. Following the reveal, Gunn took to Twitter and said,

I’ve been holding onto this for a while. As an enormous fan of the show, it’s an incredible honor! Thanks to the #HarleyQuinn gang for the fun (PS my Thomas Wayne biopic is going to be a MASTERPIECE!)

Season 2 of the animated series saw Harley and Ivy beginning to develop romantic feelings for each other. Towards the end of the series, we see Ivy fleeing her wedding with Kite Man to escape Gotham with Harley. The teaser confirms we’ll find Harley and Ivy navigating their newfound love while continuing to rule Gotham’s criminal underworld.

Harley Quinn is set to have an early screening of two episodes at the upcoming San Diego Comic-Con. However, the series debuts on HBO Max on July 28 with three episodes. Meanwhile, here’s the new teaser and synopsis of the ten-episode series:

The mayhem and madness continue in season three of this biting and uproarious adult animated comedy series. Wrapping up their “Eat. Bang! Kill. Tour,” Harley Quinn and Poison Ivy return to Gotham as the new power couple of DC villainy. Along with their ragtag crew – King Shark Clayface, Frank the Plant – “Harlivy” strives to become the best version of themselves while also working towards Ivy’s long desired plan of transforming Gotham into an Eden paradise

This crazy nuclear-powered flying hotel is straight out of BioShock