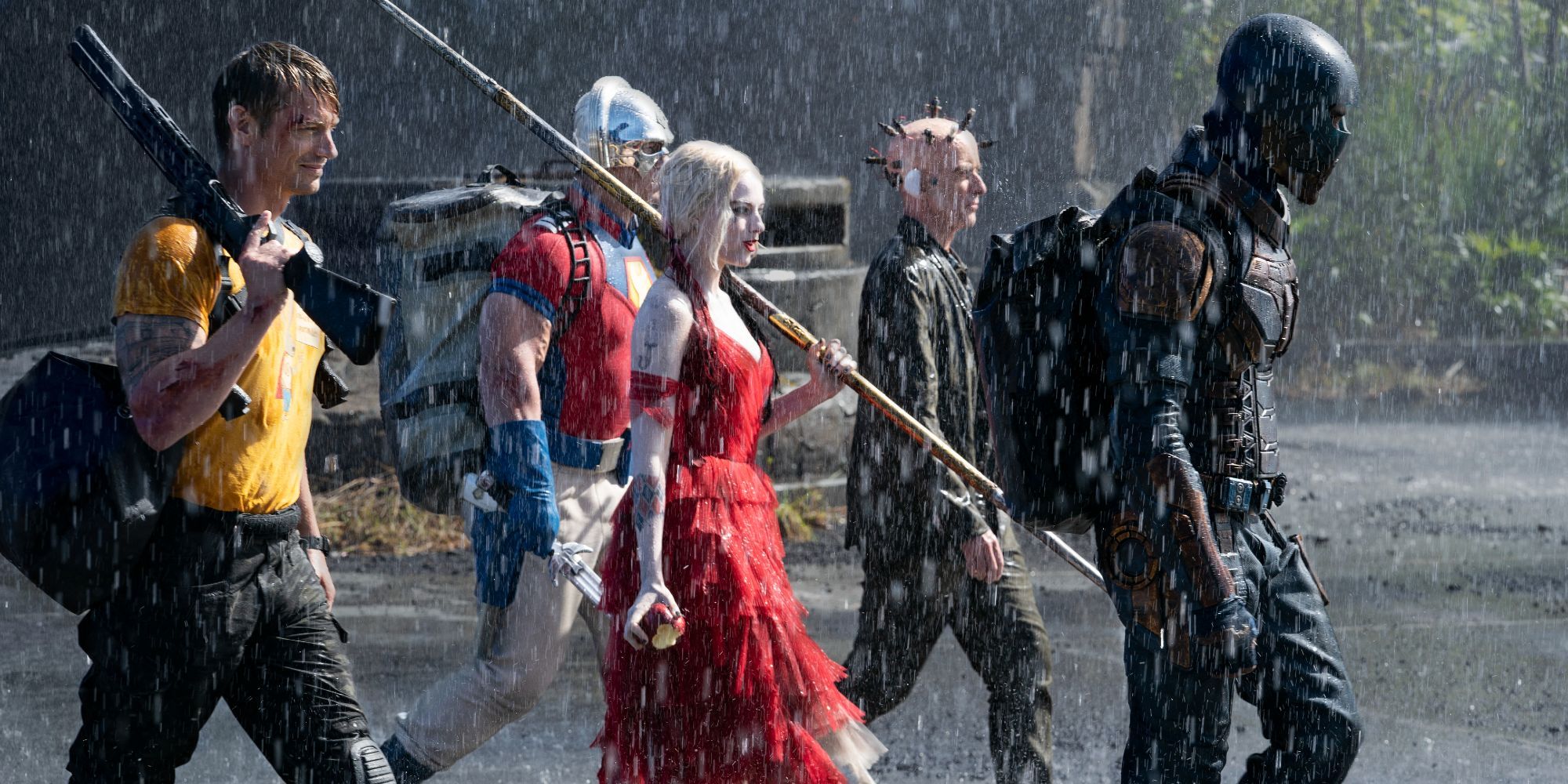 The Suicide Squad director James Gunn is celebrating a career milestone entirely unique to this millennium: getting a Certified Fresh rating on Rotten Tomatoes before the movie is even out yet. Gunn is behind the Suicide Squad sequel, which is produced by DC Films, Atlas Entertainment, and The Safran Company, and distributed by Warner Bros. The plot of the standalone sequel is unrelated to that of David Ayer’s critically maligned but financially successful film and features new characters in addition to some who appeared in Suicide Squad.

Gunn’s script for the film was based on material from Suicide Squad comics written by John Ostrander. Like the first Suicide Squad, the movie follows a group of convicts who are tapped by the government to carry out a mission under the Task Force X moniker. The former prisoners of Belle Reve penitentiary are sent to an island, where they’re instructed to destroy a Nazi-era prison that houses an alien foe. Joel Kinnaman returns as Rick Flag, the group’s leader, who now has to wrangle an all-star gang of celebrities that includes Idris Elba as the Superman shooter Bloodsport, John Cena as a war hawk who goes by Peacemaker, and Sylvester Stallone playing a humanoid shark. Margot Robbie, Viola Davis, and Jai Courtney also reprise their roles.

The first reviews of The Suicide Squad are in and largely positive, a win that Gunn announced on Twitter today. The movie currently holds a 96% aggregate rating on Rotten Tomatoes based on critics’ reviews. Gunn shared that the movie “is Certified Fresh a week before US release, a first for me.” The movie premiered in the UK on Friday but will not be released in the US until next weekend on August 6. Check out Gunn’s tweet, complete with all of the relevant emojis including shark and goggles below:

Fans were quick to point out that the Guardians of the Galaxy director is no stranger to pleasing crowds and critics alike. His filmography includes more than a few movies that have been Certified Fresh on Rotten Tomatoes, three of which he directed and wrote (not counting The Suicide Squad). Guardians of the Galaxy 1 and 2 have both earned the rating, as has Slither, a cult sci-fi comedy Gunn wrote and directed earlier in his career. Gunn has also racked up two more Certified Fresh ratings as a screenwriter for Dawn of the Dead and Terror Firmer. Responding to a fan, the filmmaker clarified that The Suicide Squad’s rating is unique because of its arrival prior to the film’s US release.

“Certified Fresh a week before US release” likely isn’t Gunn’s greatest career achievement, but that fact only underscores his previous successes. The director of the Suicide Squad sequel has taken care to shift the discussion of his film away from the subject of Ayer’s, but it’s tough to avoid noting the stark contrast between the reception of each film when their titles are nearly identical. For the record, Gunn has spoken positively about Ayer’s film and owes most of his casting to his predecessor, a fact he emphasizes. As for Gunn’s version, if he can get Britain’s dramatic seal of approval, America should be easy to win over.

More: Everything We Know About The Suicide Squad’s Huge Opening Battle

Roxie Pell is a TV and Movie News Writer for Screen Rant and uses this as an excuse to binge-watch hours of television every day, which she did before anyway. She previously worked as the Social Media Editor of The Week, covered New York City news for Gothamist, and blogged about books at The Rumpus. Roxie once traveled to Estonia to review hotels and restaurants for Frommer’s Travel Guides and everyone over there absolutely adored her.