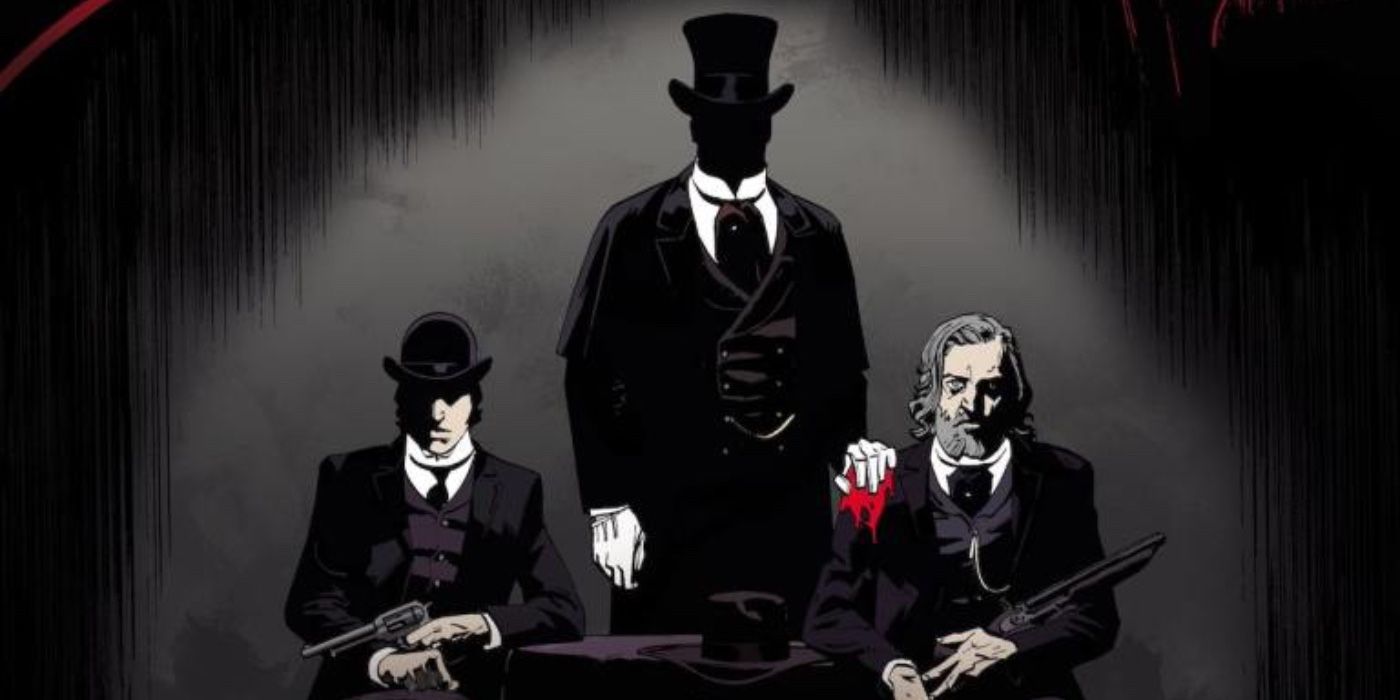 AfterShock’s new Western title Cross to Bear sends the infamous Jack the Ripper to the Old West and hot on his trail is a secret society!

Jack the Ripper travels to the Old West this October in AfterShock’s latest offering, Cross to Bear. This unique spin on the Western genre is written by Marko Stojanovic, with art by Sinisa Banovic, colors by Dorde Krajinovic and Aljosa Tomic, and letters by Taylor Esposito. Banovic provides the cover; there will also be a variant cover from Tim Bradstreet. The book will be available physically and digitally October 13.

While Western comics are few and far between today, at one point they were one of the most popular genres on the stands, which coincided with the genre’s popularity in film and television as well; Marvel published a line of Westerns, and some of the characters, such as the Two-Gun Kid and the Rawhide Kid, still make appearances today. Although Westerns would eventually wane in popularity, there exist now “revisionist Westerns” that either critique some aspect of a traditional Western or give the genre a fresh spin. AfterShock’s new Cross to Bear is very much a revisionist Western, mixing in not only Jack the Ripper, but secret societies as well.

AfterShock has revealed more details about the book in a press release, as well as providing not only preview pages but also thoughts from the creators on their new book. The action begins when Jack the Ripper fleeing to the American Old West to avoid capture. Hot on his trail is The Order, a secret society descended from the Crusaders, who have sworn to stomp out all that is unnatural, including Jack the Ripper. In speaking of Cross to Bear’s influences and inspirations, writer Stojanovic cited growing up on a steady stream of Westerns, which were huge in his native Yugoslavia when he as a child; Stojanovic singled out Sergio Leone’s Once Upon a Time in the West as a particular favorite.

Even though relatively few Westerns are being produced today in any medium, the genre still exerts a hold on the American imagination and the world as a whole. In citing his influences, Stojanovic mentioned films such as Pat Garett and Billy the Kid as well as Unforgiven—all of which put a new twist on the genre, and Cross to Bear will continue this tradition, only adding in underground societies and serial killers—concepts rarely seen in a Western before. Stojanovic makes his love of Westerns clear, and he will bring that love and enthusiasm to this project.

AfterShock’s new Western Cross to Bear brings Jack the Ripper to the Old West, giving readers a Western unlike any other and another hit for AfterShock.

Every MCU Character Recast For What If…?