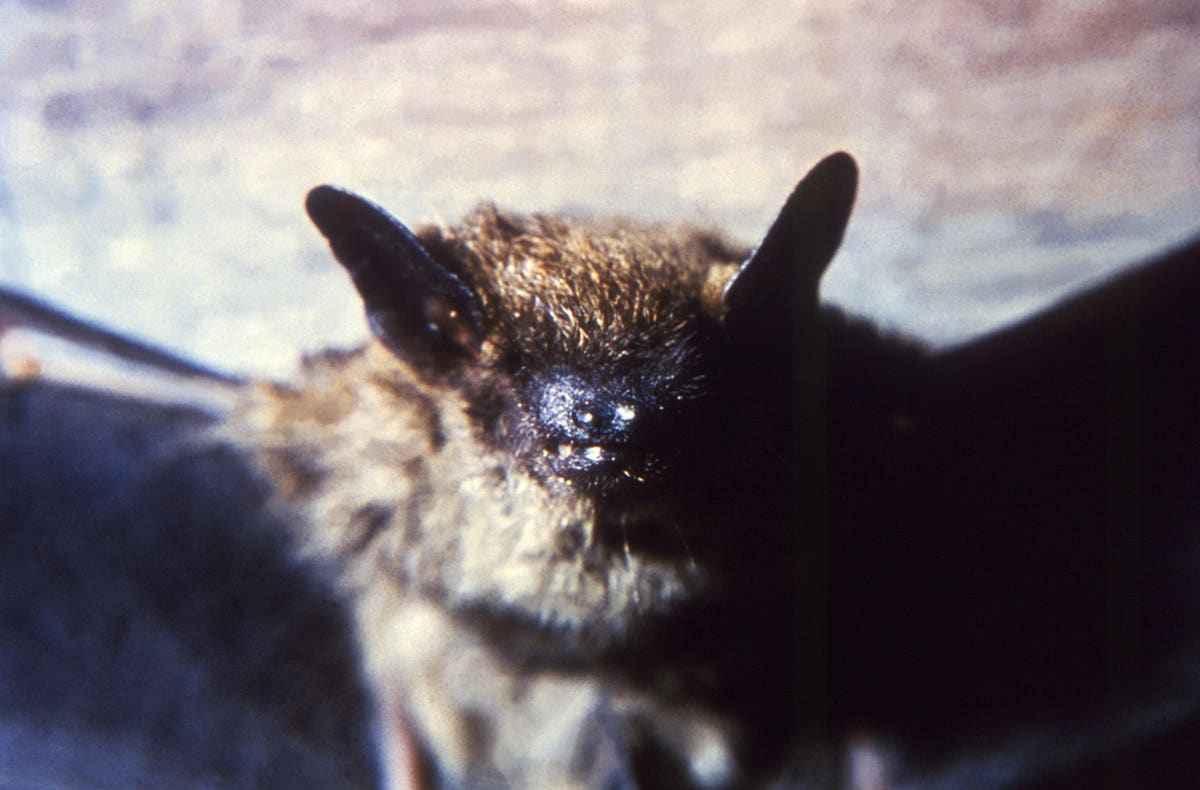 Why have scientists spent years exploring remote bat caves, pulling out bats infected with novel coronaviruses, and transporting them into major cities? If you asked the scientists, they’d explain that their research would help prevent the next pandemic. Instead, they might have caused it.

A new released set of documents, including a rejected grant proposal, shows that a group of scientists at EcoHealth Alliance, a nonprofit research institute in New York, was pursuing “gain of function” research, together with scientists at China’s Wuhan Institute of Virology, that had the potential to create dangerous new strains of coronaviruses. But before I get to that, let’s consider how we got here.

Eight years ago, I wrote an article warning that “scientists will create a deadly new flu strain, just to prove they can.” Those scientists, who were focused on the influenza virus at the time, were boasting about their ability to create pandemic-type viruses in the lab. Don’t worry, they said, we are very careful and these viruses will never leak out into the real world.

Soon after that, these same scientists–Ron Fouchier of Erasmus University and Yoshiro Kawaoko of the University of Wisconsin–published a paper proving that they had done just that. I wrote another article, asking:

“Should scientists be artificially mutating viruses so that they have the potential to become a worldwide pandemic?”

At the same time, the US instituted a pause on all research that could “confer attributes to influenza, MERS, or SARS viruses such that the virus would have enhanced pathogenicity and/or transmissibility in mammals.” That was a good step. (Covid-19, which didn’t exist at that time, is in the SARS family of viruses.)

In early 2019, after all the noise and protests died down, NIH quietly lifted the pause, allowing the research to resume again. Many scientists objected again, including me. I wrote that

“engineering the flu to be more virulent is a terrible idea…. this research is so potentially harmful, and offers such little benefit to society, that I fear that NIH is endangering the trust that Congress places in it.”

This time, though, the NIH dismissed the concerns of scientists like me (and everyone in the Cambridge Working Group), basically saying “don’t worry, we’ll be careful.” (I also got the sense that NIH didn’t like having outside scientists second-guessing their decisions, but maybe that’s just me.)

Just out of curiosity, let’s look at some of the warnings from the Cambridge Working Group. They pointed out that if things went wrong, gain-of-function research might create a pandemic virus that, if it accidentally escaped, could kill at least 2,000 people per year. At the high end, warned scientists Marc Lipsitch and Thomas Inglesby in a paper published in late 2014, the world might see 1.4 million deaths per year.

Unfortunately, the higher estimate was too low: Covid-19 has now killed over 4.8 million people in 21 months. Of course, we don’t know if gain-of-function research was responsible.

After lifting the pause, NIH quickly restored funding to gain-of-function flu research, in grants that included “Transmissibility of avian influenza viruses in mammals” to the University of Wisconsin’s Yoshihiro Kawaoka. What’s more unfortunate, though, is that in 2019 the NIH funded another grant, on coronaviruses in bats (which includes SARS-CoV-2, the Covid-19 virus), to a research institute called the EcoHealth Alliance, led by virologist Peter Daszak.

Now, back to that new tranche of documents that I mentioned at the top of this article.

EcoHealth Alliance has received a huge amount of negative attention over the past year and a half, because they work closely with the Wuhan Institute of Virology (WIV), an institute in China where gain-of-function work on coronaviruses was apparently being pursued. WIV is at the center of the “lab leak” hypothesis, which posits that the Covid-19 pandemic begin with an accidental release of viruses from the lab in Wuhan. So far, we don’t know, but the circumstantial evidence at least makes this credible, as I wrote last year. WIV’s scientists have collected hundreds of infected bats from distant caves and brought them back to Wuhan for study. Some of that work–collecting those viruses–was funded by a grant from NIH to EcoHealth Alliance.

Government officials, particularly the leaders of NIH and NIAID, Francis Collins and Anthony Fauci, have insisted that NIH never funded gain-of-function research on coronaviruses. In May of this year, Collins issued a statement that

“neither NIH nor NIAID have ever approved any grant that would have supported `gain-of-function’ research on coronaviruses that would have increased their transmissibility or lethality for humans.”

I believe this statement is true; however, note the very careful qualification there. NIH isn’t saying that it never funded any GoF work on coronaviruses–because it apparently did, if you look at the NIH grant to EcoHealth Alliance. That grant mentions “in vivo infection experiments” which suggests that they were infecting mice with coronaviruses. So the NIH statement only says the work would not have made coronaviruses more infectious or more lethal in humans. That’s a very narrow statement.

The newly released documents, uncovered and released by a group called DRASTIC, includes a grant proposal from EcoHealth Alliance to the US Department of Defense. This $14M proposal describes gain-of-function research intended to make SARS viruses more virulent, and that might give those viruses the ability to infect mammals. Fortunately, the DoD didn’t fund the work, but EcoHealth Alliance was clearly very interested in this line of research.

The proposal itself describes how EcoHealth would genetically engineer new viruses, taking the spike protein from one bat coronavirus and inserting it into a different one, and then infecting mice to see what happens. For technical reasons, the proposal says that this process is “exempt from dual-use and gain of function concerns.” However, the DoD reviewer who rejected the proposal disagreed, stating that the proposal “does not mention or assess potential risks of Gain of Function (GoF) research” and that it “does potentially involve GoF research.”

But the danger goes beyond gain-of-function research, a point that is often missed in the focus on gain-of-function work. EcoHealth Alliance also proposes to take “a complete inventory of bats and their SARSr-CoVs at our invention test site cave complex in Yunnan, China that harbors bats with high-risk SARSr-CoVs.” (This was written before the Covid-19 pandemic, obviously.) Previous work by EcoHealth Alliance, including work funded by NIH, involved the same strategy: going out into this caves and collecting bats with “high-risk” coronavirus infections.

What the heck are they doing? Why are scientists going to remote sites and collecting infected animals and then bringing them back into the middle of cities?

The argument was (and is) that research on these viruses will help us to develop better vaccines and better treatments, and to respond to the next pandemic. We’ve been hearing this for years from the influenza scientists doing gain-of-function work.

For years, I’ve been saying that these claims of theoretical future benefits from gain-of-function research are nonsense. For example, in 2014 I wrote that

“to claim that creating super-viruses in the lab will lead to `improved surveillance’ is, frankly, laughable.”

But after the “pause,” the NIH allowed it to proceed anyway.

Well, the next pandemic has arrived. Did all of that gain-of-function research help us fight it? No.

It’s long past time to put an end to dangerous work that creates novel, incredibly dangerous viruses in the lab. All of the claims of supposed benefits have now been shown to be little more than hand-waving. (I could use a more vulgar term, but I won’t.)

It’s also time to ask, very critically, whether anyone should be venturing out into remote areas to collect animals that are infected with possible pandemic-causing microbes, and bringing those animals back to densely populated areas. Rather than preventing pandemics, these activities are more likely to cause them.

Look, I know that the lab-leak hypothesis is just that: a hypothesis. It might be that the Covid-19 pandemic was caused by a natural event, when a virus from a wild bat infected a human. It might also turn out that the virus was an accidental infection in a lab, possibly in the Wuhan Institute of Virology where thousands of bat viruses were collected and studied. We might never know.

But one thing has clearly changed. We now largely agree that a virus collected in a lab might cause a worldwide pandemic, killing millions of people. We also have evidence, staring us in the face, that many years of gain-of-function research gave us no help in fighting the pandemic.

It’s time to put a permanent end, not just a pause, to any research that makes pathogens more deadly. And while we’re at it, we should re-examine any research that collects viruses or other pathogens from wild animals, asking if that research too might be more likely to harm than to help humankind. From where I’m sitting, the answer is clear.

Denial of responsibility! TechCodex is an automatic aggregator of the all world’s media. In each content, the hyperlink to the primary source is specified. All trademarks belong to their rightful owners, all materials to their authors. If you are the owner of the content and do not want us to publish your materials, please contact us by email – [email protected]. The content will be deleted within 24 hours.
BatscoronavirusCOVID-19EcoHealth Alliancegain of functionSARS-CoV-2VirusesWuhan Institute of Virology
0
Share