Apple’s iPhone 12 and 12 Pro are the “default” size iPhones this year. But Apple also has two more new devices: the iPhone 12 mini and iPhone 12 Pro Max. One is Apple’s smallest iPhone in years — and the other is its biggest iPhone ever.

If you’ve seen the iPhone 12 already, it’s basically that, but smaller. Same processor, same cameras, same design, same everything. But instead of a 6.1-inch screen, the iPhone mini has a 5.4-inch display.

But thanks to the iPhone X-style bezel-less design, the 12 mini is actually a physically smaller phone compared to the bezeled, 4.7-inch design that Apple has used on the iPhone 6, 6S, 7, 8, and the new version of the SE.

And by the standards of 2020 flagship smartphones, it’s really small.

And that smaller size is really nice to hold. iOS scales well to the 5.4-inch display, and the iPhone 12 design looks and feels just as nice on the slightly more compact version as it does on the full-sized model. If you liked the size of the the old 5 / 5S / SE, though, the 12 mini feels like the closest Apple has come to that style of device in a long time.

It’s honestly a bit weird to hold at first, especially if you’re coming from a big phone. Some things do take a bit of an adjustment, like typing — but other parts of using an iPhone, like swiping down from the top of the display for notifications or the control center, are easier than they’ve been in years. But for the first time since arguably the iPhone 8, Apple has made a flagship phone that nearly anyone should be able to comfortably use and hold in one hand.

There are some concerns: the smaller physical size means that the mini has a smaller battery, which could translate to lower battery life, too — especially with 5G in the mix. We’ll have more on that, along with a much more comprehensive look at the 12 mini, once we’ve done a full review.

On literally the other end of the spectrum is the iPhone 12 Pro Max, which — with a 6.7-inch display — is the biggest phone Apple’s ever made. It’s also the most expensive model in this year’s lineup, starting at $1,099.

And it is big, bigger than both Apple’s older iPhone Plus models and last year’s iPhone 11 Pro Max in terms of sheer size. The 12 Pro Max benefits from the same squared-off design as the smaller iPhone 12 models, meaning that it’s not as big of an increase as the bump in screen size might suggest. 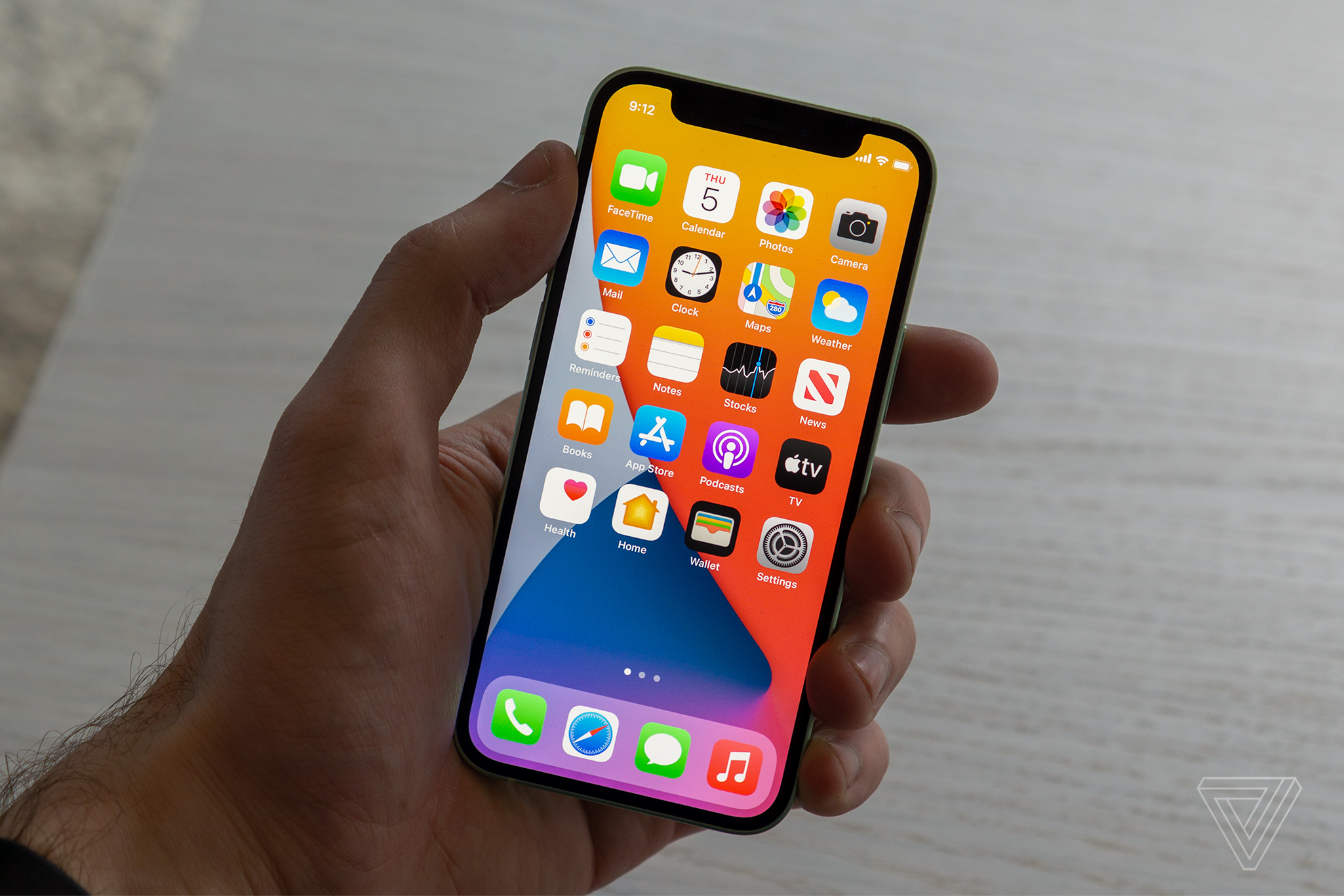 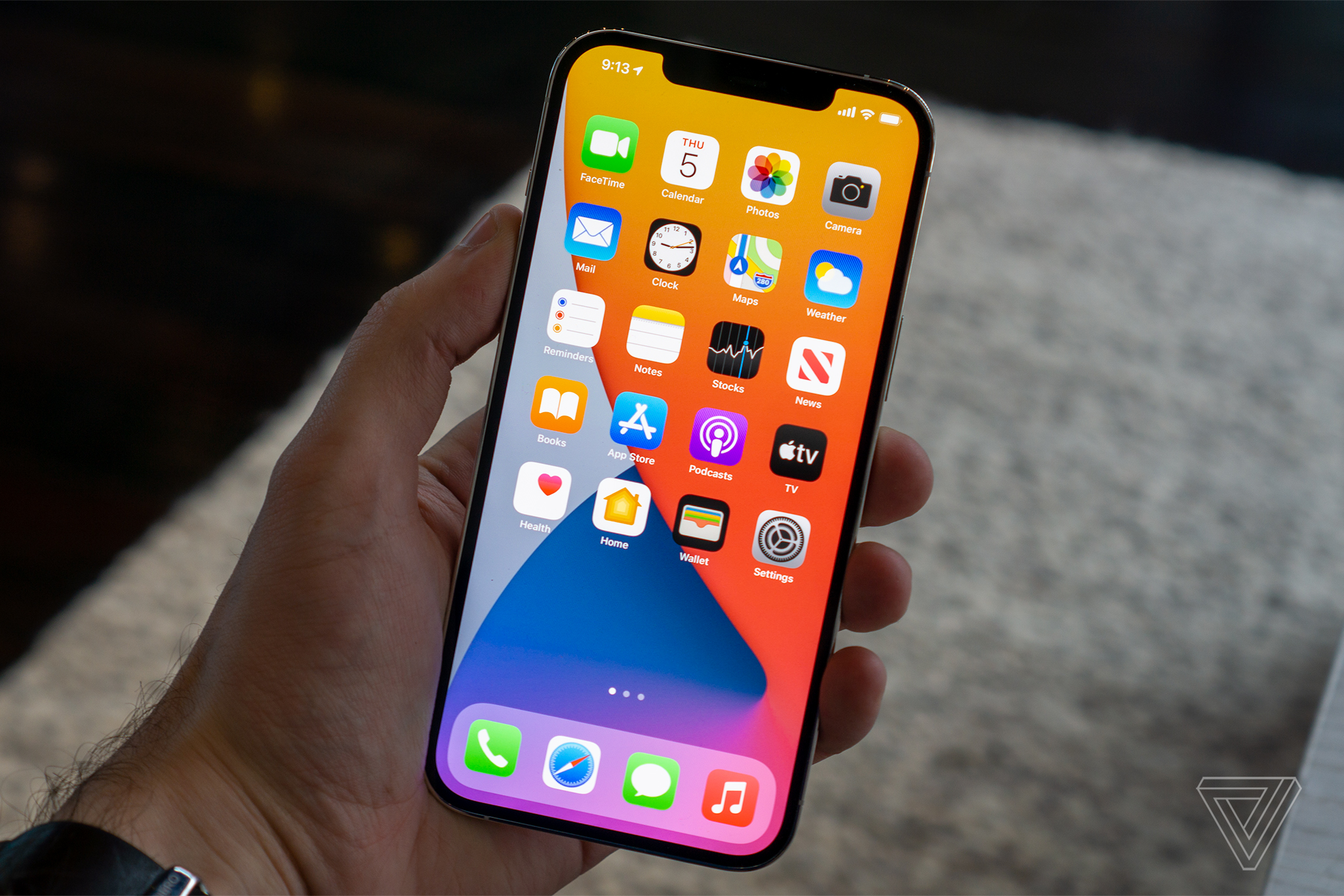 But unlike the mini, which is just a smaller version of the 12, there are bigger (pun intended) differences between the standard 12 Pro and its Max counterpart: Apple is taking advantage of the extra space to debut a whole new camera system, including a much bigger sensor and a new telephoto lens. Given how good the regular iPhone 12 and 12 Pro’s cameras are, that’s exciting.

We’ll have a lot more on that new camera — and how it compares to the standard 12 and 12 Pro — in our full review, so stay tuned for that, too.

As for how the 12 Pro Max is to actually use and hold, it’s still very much a surfboard of a phone, just like Apple’s other Plus and Max-sized devices. Looking at it on its own is somewhat deceptive, since it’s proportionally similar to the regular-sized models. It’s only when you see it in context next to another iPhone that the scale of it really hits you.

Despite the big size, it doesn’t feel too heavy in hand: I’d describe it as comfortably solid, although between the steel frame and the size, it’s not the sort of thing that I’d want to drop on my face, either.

Plus, while the screen size on the 12 Pro Max is bigger than ever, Apple still isn’t doing much to take advantage of the larger display. There’s no option to run apps side by side, like many supersized Android phones have, and it still seems like Apple is scratching the surface when it comes to utilizing the extra space. Right now, using it just feels like using a regular iPhone that’s been scaled up.

Photography by Chaim Gartenberg / The Verge

WhatsApp Users Must Accept Updated Terms of Service in 2021, or…