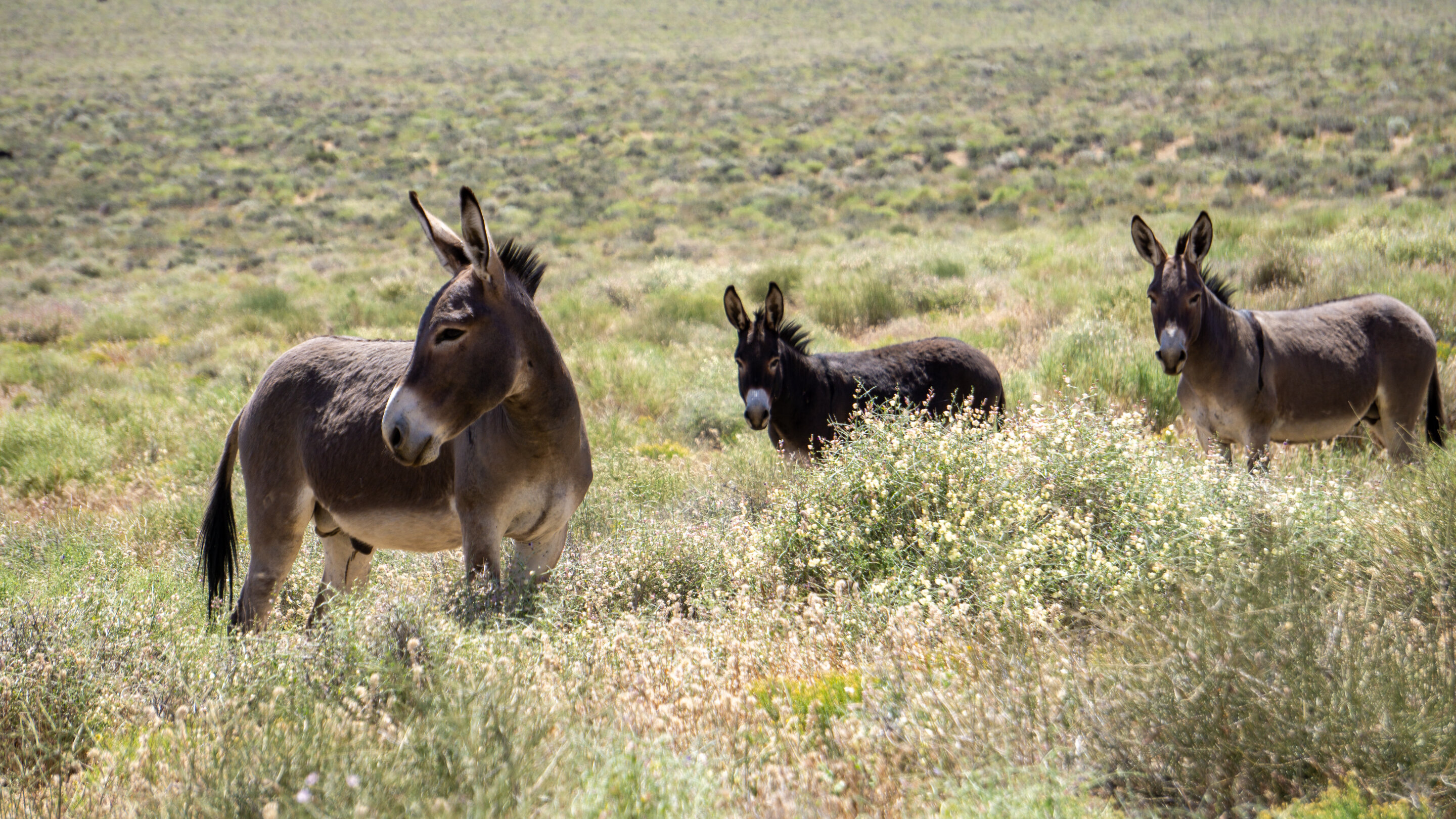 Around 12,000 years ago, a diversity of horses and their kin (known as equids) roamed North and South America. These animals were hunted by large, mythical-sounding, now-extinct predators, such as saber-toothed cats and dire wolves. In a geologic heartbeat, these animals went extinct, likely due to impacts from early humans. Today, however, two species of introduced equid–domestic horses and donkeys–have established thriving populations in North America. These populations are thought to lack predators capable of hunting them, which is one reason that many conservationists consider them to be unwanted pests and why the federal government spends millions of dollars annually removing them from the wild.

In contrast to this common picture of modern introduced equids having no natural predators, new research from an international team of scientists published in the Journal of Animal Ecology finds that mountain lion predation on wild donkeys is widespread, suggesting that mountain lions are taking the place of the ancient predators that once hunted wild equids in North America. Further, the team documented that this predation leads to changes in donkey behavior and their ecological effects on desert wetlands, illustrating not only how extinct ecosystems may have functioned but also the conservation potential of preserving this interaction between predator and prey.

“What’s remarkable about this is that—despite the smaller body size of mountain lions compared to extinct big cats—they are still capable of learning how to hunt these introduced equids, which are larger than their native prey. This suggests that ecosystems can be more dynamic than typically pictured, as species adapt to consume novel prey items,” pointed out study lead author Dr. Erick Lundgren, postdoctoral researcher at Aarhus University in Denmark.

“For millions of years, North America was a land of large predators and large prey—but that changed about 12,000 years ago at the end of the last Ice Age, when megafauna like the saber-toothed cat Smilodon and the western horse Equus occidentalis went extinct,” says study co-author Dr. Mairin Balisi, Augustyn Family Curator at the Alf Museum of Paleontology and research associate at the museum at La Brea Tar Pits in Los Angeles, California. “The extinct megafauna are irreplaceable—we have no animals quite like them today—but life finds a way. This study documents the return of a lost ecological interaction—but with different characters.”

The authors compared the behavior of wild donkeys at wetlands with and without mountain lion predation on wild donkeys in Death Valley National Park. They found that donkeys were active day and night and were active up to ~5.5 hours a day on days over 95 degrees Fahrenheit at wetlands without predation. However, at sites with predation on donkeys, donkeys used wetlands only during the day, when the risk of ambush predation by mountain lions is lowest. And they used wetlands sparingly: visiting wetlands for only ~40 minutes a day on days over 95 degrees.

The authors then investigated whether these changes in behavior reduced the effects donkeys had on these ecologically important desert wetlands. “The differences between wetlands with and without mountain lion predation are remarkable,” according to Dr. Lundgren, “and are even visible from satellite imagery.”

Sites without predation have numerous trails, very little vegetative cover, and huge areas of trampled bare ground. “These are the areas land managers and conservationists are concerned about and use to argue for the wholesale removal of wild donkeys,” Lundgren told us. “However, if you go just a few kilometers away to wetlands where mountain lions are hunting donkeys, wetlands are lush with untouched vegetation, have only one or two donkey trails, and limited trampling,” Lundgren continued.

According to the authors, these results suggest that we should strengthen protections for mountain lions and other predators. “Mountain lions are heavily persecuted, including in areas with wild equids. Increasing protections for mountain lions would likely reduce wild horse and burro population growth rates and reduce their impacts on ecologically sensitive areas,” said Lundgren. Much like the restoration of gray wolves to Yellowstone National Park in the 1990s—which led to cascading effects throughout the ecosystem as wolves preying on large herbivores enabled areas of overbrowsed vegetation to recover, among other benefits—protecting mountain lions and their ecological interactions may well provide similar ecosystem services to the desert southwest.

How donkeys digging wells help life thrive in the desert

Explained: What are leap seconds and why tech giants want to put an end to it